The disease, which has no cure, operates much like an allergic reaction gone awry: When activated, the immune system also attacks the body’s healthy cells, tissues, and organs, causing inflammation and producing a host of symptoms that, though unique to each person, are universally called flares. A highly gender-biased disease, lupus afflicts females some nine times more than males. 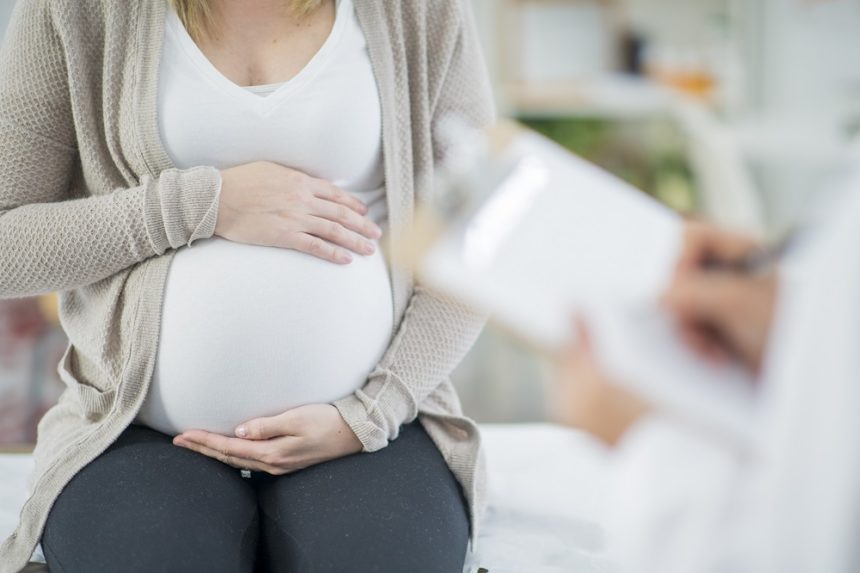 Because of the disease’s unpredictable turns and debilitating flares — the risks of which are elevated in postpartum women — females with the disease are often advised to avoid pregnancy altogether.

To understand this higher risk of severe flares and ultimately help women with lupus experience healthy pregnancies and successful outcomes, a team of researchers in the Department of Biomedical Sciences and Pathobiology (DBSP) at the Virginia-Maryland College of Veterinary Medicine explored the possible role of gut microbiota in the link between pregnancy and the exacerbation of lupus. The team’s findings, “Pregnancy and lactation interfere with the response of autoimmunity to modulation of gut microbiota,” were recently published in the online journal Microbiome.

“There are 38 trillion bacteria living in the gut of an average person, collectively called the gut microbiota,” said Xin M. Luo, associate professor of immunology in DBSP and lead author of the paper with Qinghui Mu, formerly a DBSP postdoctoral fellow and now a postdoctoral research fellow in immunology and rheumatology at Stanford University School of Medicine. “Disturbance of the gut microbiota exists in the pathogenesis of many autoimmune diseases, including lupus.” Identifying gut microbiota’s role in heightened flares among pregnant women with lupus, however, was uncharted territory. Working with the lead authors as members of the DBSP research team were Ph.D. student Xavier Cabana-Puig; visiting scholar Jiangdi Mao; Ph.D. student Leila Abdelhamid; clinical associate professor of anatomic pathology Thomas E. Cecere; Translational Biology, Medicine, and Health Graduate Program Ph.D. student Brianna Swartwout; Professor Haifeng Wang of the College of Animal Science at Zhejiang University, China; and Professor Christopher M. Reilly, discipline chair for cellular biology and physiology at the Edward Via College of Osteopathic Medicine.

The research team examined the changes of gut microbiota structure with or without the experience of pregnancy, as well as the differential responses of the immune system to the same microbiota-modulating strategies in unaffected versus postpartum lupus-prone mice. The results indicate that the strategies benefitting the unaffected mice actually worsened lupus disease in postpartum mice. “Our findings suggest that the gut microbiota may regulate lupus flares in pregnant women,” Luo said of the team’s research. “Our work helps to uncover the mechanisms underlying pregnancy-induced disease flares and offers the possibility of developing new therapeutic strategies for pregnant women with lupus.” The ultimate goal of her team’s research, Luo explains, is to identify beneficial and pathogenic gut bacterial species and to develop therapeutic strategies that modulate the gut microbiota community toward a beneficial effect. “For patients with autoimmune lupus, diet and probiotics are the two relatively easy and acceptable approaches that can potentially improve disease management through modulating the gut microbiota,” Luo said. “But it is challenging to achieve this goal due to the complexity of the disease pathologies, the complexity of gut microbiota, and the differences of gut microbiota communities among individuals.” For its next steps, the research team plans to investigate the interaction between sex hormones and gut microbiota in regulating lupus pathogenesis. “Women experience hormonal changes, which include sex hormones, during pregnancy and postpartum,” said Luo.

“In addition, lupus has a strong female bias, suggesting a role for sex hormones in the disease.” According to Luo, future investigations will focus on lupus nephritis, the leading cause of mortality in lupus patients, to further delineate the role of gut microbiota in the link between pregnancy and exacerbated lupus.