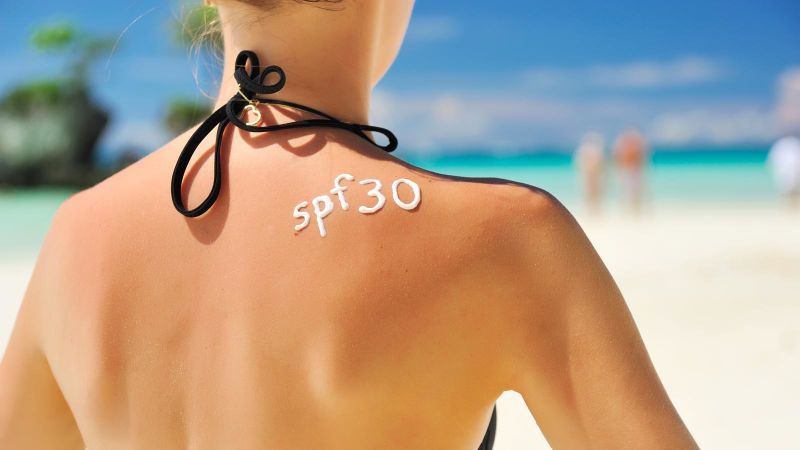 A compound found in seaweed could protect human skin from the damaging impact of the sun without causing harm to marine ecosystems.

The use of sunscreens is advocated to prevent sun damage, but most formulations contain synthetic UV radiation filters that can make their way in to water systems. Many of these are not ecocompatible and may harm fragile marine life including coral, fish and microorganisms.

Scientists at King’s College London extracted a mycosporine-like amino acid (MAA), known as palythine, from seaweed to test its ability to protect against UV radiation in human skin cells. MAAs are natural compounds produced in organisms that live in sunlight-rich, shallow-water environments.

Using human skin cells in a lab, researchers showed that even at very low concentrations MAA could effectively absorb harmful rays from the sun and protect the cells against UVR induced damage. They also showed that palythine is a powerful antioxidant that could offer skin protection against oxidative stress, linked to cellular damage and photoageing.

The paper, published in the British Journal of Dermatology, represents a breakthrough that could help move towards the development of an ecocompatible, non-toxic, natural sunscreen that protects human skin without negative environmental effects. Further research is required in order to prove that the compound has the same properties outside of the lab environment.

The European Chemicals Agency and The Environmental Effects Assessment Panel (EEAP), part of the United Nation Environment Programme (UNEP), have expressed concern about the eco-toxic effects of eight out of the 16 commonly used sunscreen filters in Europe.

Lead author, Dr Karl Lawrence from St John’s Institute of Dermatology at King’s said: ‘MAAs, in addition to their environmental benefits, appear to be multifunctional photoprotective compounds. They work through the direct absorption of UVR photons, much like the synthetic filters. They also act as potent antioxidants, which is an important property as exposure to solar radiation induces high levels of oxidative stress and this is something not seen in synthetic filters.’

Professor Antony Young, senior author of the paper and member of the EEAP, said: ‘There are significant concerns that conventional sun protection products are having a negative impact on the environment. Our data show that, with further research and development, marine derived sunscreens may be a possible solution that could have a significant positive impact on the health of our marine habitats and wildlife, whilst still providing the essential sun protection that human skin requires to guard against damage that causes diseases such as skin cancer.’