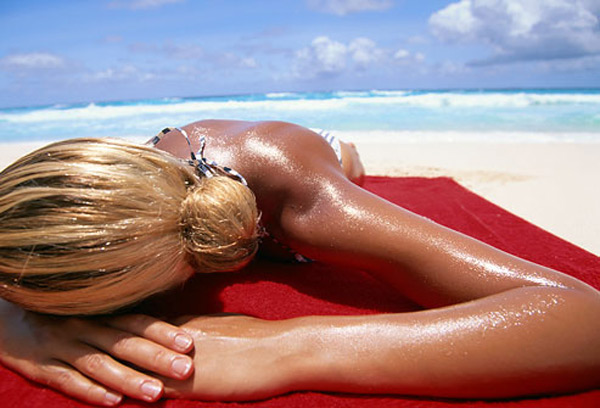 Squamous cell carcinoma (SCC) of the skin is one of the most frequent cancers in humans affecting more than half million new persons every year in the world. The transformation of a normal cell to a cancer cell is caused by an accumulation of genetic abnormalities in the progeny of single cells. The spectrum of genetic anomalies found in a variety of human cancers have been described. Squamous cell carcinoma (SCC) arising from various organs including head-and-neck, lung, esophagus and skin, are induced by carcinogens, such as tobacco and UV exposure. Mouse models of carcinogen-induced skin SCCs have been used since a century and became the most extensively used model to study cancer in vivo. However, it is still unclear whether mouse carcinogen-induced skin SCCs is mediated by the same spectrum of mutations as found in human cancer

Dany Nassar and ULB colleagues used a mouse model of skin SCC induced by a chemical carcinogen, which is the most frequently used mouse model in cancer research, and studied the genetic abnormalities in premalignant and fully malignant tumors, as well as their metastases by state- of-the-art high throughput sequencing technologies (known as “next generation sequencing” or NGS).

In collaboration with the group of Pr Diether Lambrechts (VIB, KU Leuven), they define the entire landscape of mutations (both point mutations as well as chromosome amplifications and deletions) that lead to mouse skin cancer formation and progression. “There were no studies that characterized the entire landscape of genetic mutations in mouse tumors when we began this study, so it was a real challenge to develop the tools to interpret the huge amount of data that comes with next-generation sequencing technologies. It was really exciting to observe the striking similarity between mutated genes in carcinogen-induced mouse SCC and human SCCs, confirming the relevance of mouse models to understand human cancer” comments Dany Nassar, the first author of this study.

By analyzing the genetic abnormalities that accompanied the progression from a benign tumor to fully malignant and invasive tumors, Nassar and colleagues found that tumor progression was not accompanied by additional point mutations but rather by larger chromosomal copy number alterations, leading to the amplification or deletion of important genes controlling tumor formation. Finally, by reconstructing the lineage tree of primary cancers and their metastasis, the authors demonstrate that very few additional mutations were found in metastasis, suggesting that metastasis could be regulated by other additional non-genetic mechanisms.

“The identification of the genetic landscape of the most frequently used cancer model is an important step forward in our understanding of key genetic events leading to mouse tumorigenesis, which are very similar to the ones found in with human cancers. This information is essential to rationalize and prioritize the development of new models that better mimic human cancer and will be critical to understand the function of all the new cancer drivers recently discovered, and will be helpful for the development of new therapeutic approaches,” comments Ce´dric Blanpain, the co-last and corresponding author of this study.

“It was really a fantastic collaboration between two Belgian Labs, with very complementary expertise from both labs contributing to the success of this story. We believe that our study will serve as a reference work for future studies studying genetic changes in mouse tumors, and as such will contribute to development of personalized therapies for cancer patients” comments Diether Lambrechts, the other co-last and corresponding author of this study. The study done by Libre de Bruxelles, Université.