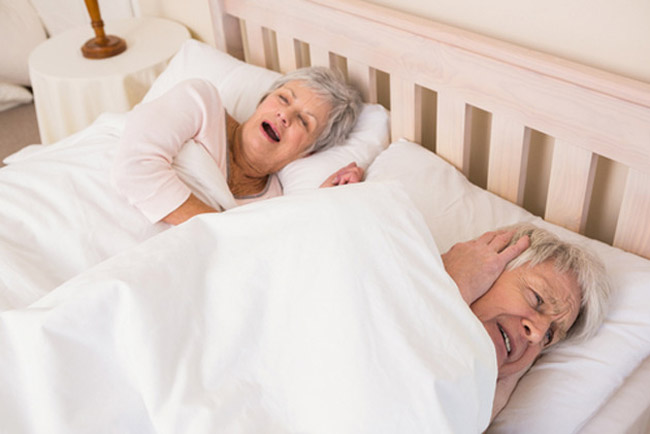 According to the American Cancer Society, around 246,660 new cases of invasive breast cancer will be diagnosed among women in the U.S. this year, and more than 40,000 women will die from the disease.

Lead study author Amanda Phipps, assistant professor in epidemiology at the University of Washington, and colleagues point to previous studies that have suggested a link between poor sleep quality, short sleep duration, and increased cancer risk.

“However, the relationship between sleep and cancer outcomes has not been well characterized,” the authors note.

Two-fold greater risk for breast cancer death for snorers, short sleepers
For their study, the researchers decided to assess whether certain sleep characteristics impact the survival of women with breast cancer.

The team analyzed the data of 21,230 women who were part of the Women’s Health Initiative – a longitudinal study of postmenopausal women.

All women had been diagnosed with primary cancer – cancer that has not spread beyond the primary site – at some point during study follow-up.

At the beginning of the study, each woman provided information on sleep duration, snoring, and other sleep characteristics.

The team compared this data with information on the women’s cancer outcomes, in order to establish whether cancer survival is influenced by sleep factors.

The results remained after accounting for a number of factors that may influence the results.

Snoring may be ‘an important consideration’ in cancer survival
Phipps says the team was surprised to find that snoring might be associated with breast cancer survival.

“To our knowledge, snoring has not previously been evaluated in relation to cancer survival, but our results suggest that it could be an important consideration,” she adds.

The researchers believe their findings highlight the importance of adequate sleep duration and quality, particularly for breast cancer patients.

“Unlike so many things that can impact cancer risk and cancer prognosis, sleep is something that an individual can potentially control. Our results provide yet another reason to make quality sleep a priority.”

According to the American Academy of Sleep Medicine, adults should get around 7 hours of sleep each night in order to avoid the health risks associated with poor sleep.

“Healthy, sufficient sleep is essential for individual well-being, population health and public safety,” says Dr. Nathaniel Watson, president of the American Academy of Sleep Medicine. “All adults should make it one of their top health priorities to get at least 7 hours of sleep each night.”