E-cigarette use has exploded in recent years, rising from less than 2% of high school and middle school students in 2011 to more than 27% in 2018, becoming the most commonly used tobacco product among teens, according to the Centers for Disease Control (CDC). In the wake of recent vaping-related illnesses and deaths, teenage perceptions of the products are crucial to guiding the development of interventions, says Eunhee Park, PhD, lead investigator and assistant professor in the UB School of Nursing. 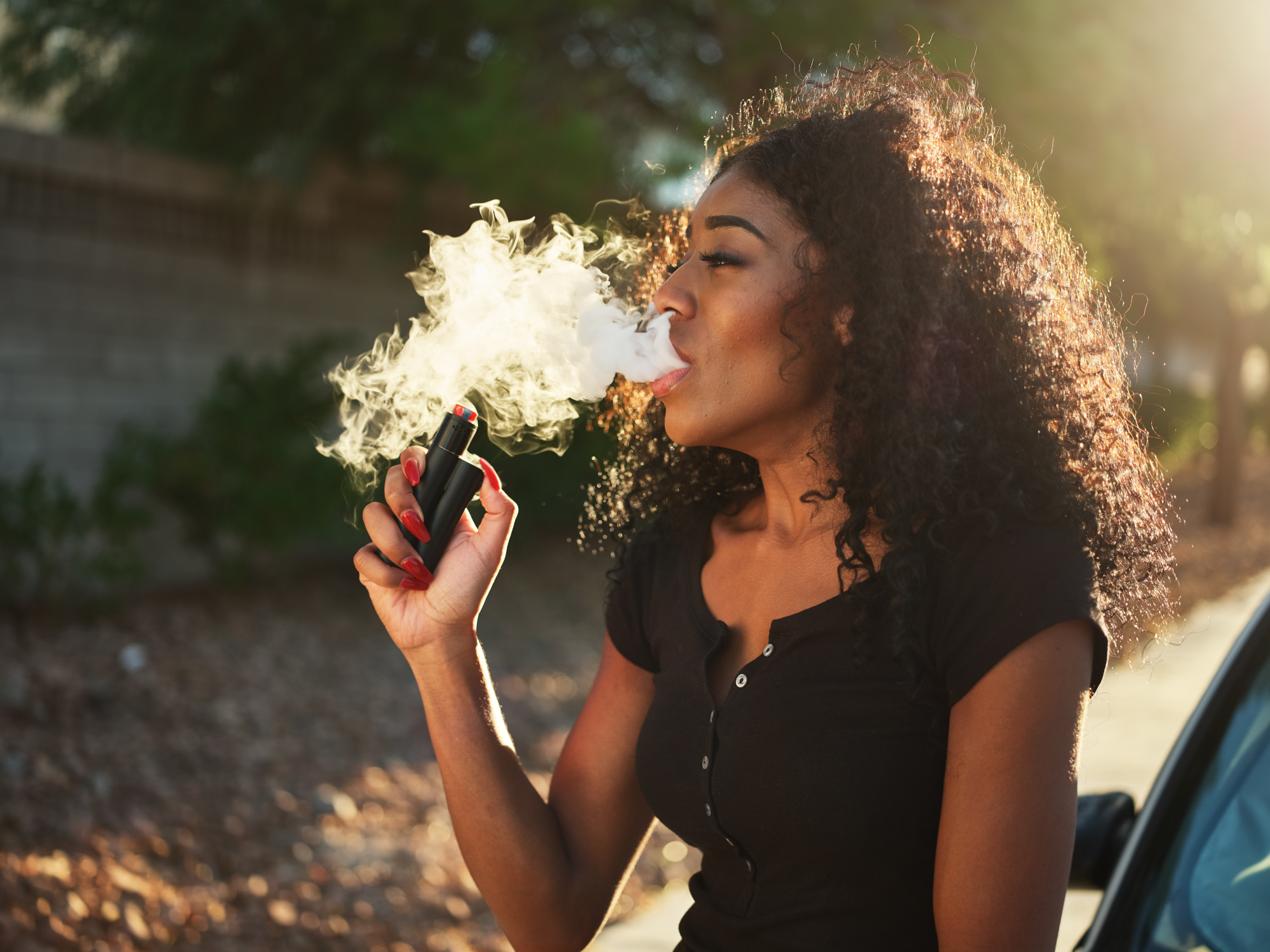 “E-cigarette use is an emerging health issue,” said Park. “Given this rapid increase in e-cigarette use among adolescents who are at a developmentally sensitive stage in their lives, a great deal of concern has been expressed about the implications for their health now and in the future.” Perception powers decision-making for teens The UB researchers interviewed adolescent users and non-users of e-cigarettes in the Western New York area to learn about their attitudes toward vaping. Unique to this population is that while many adults turn to vaping to help them quit smoking conventional cigarettes, the majority of teens have never smoked cigarettes, says Park.

“The fact that non-users were particularly concerned about gateway effects could be used in prevention programs to keep them from starting e-cigarette use,” said Park. “However, once adolescents have used e-cigarettes, pleasant and attractive features, such as flavors, may need to be the most important aspects to be addressed in interventions.” Participants listed family, advertisements, peers, the internet and social media sites such as Instagram as sources of information about e-cigarettes. Non-users were more likely to have parents who viewed vaping negatively. Participants who used e-cigarettes, on the other hand, reported having older siblings who used the products to quit smoking, influencing their perception of e-cigarettes as beneficial and potentially providing easier access to vaping products, says Park. Clinicians missing from the discussion Surprisingly, health care providers were not mentioned as a source of information on e-cigarettes, says Park.

“Given that health care providers are expected to be reliable experts on all health-related matters, it is important for them to understand this new phenomenon and provide an effective preventive effort,” said Park. The researchers call for mandatory education on e-cigarette use for teens, and for the inclusion of appropriate warnings on products and in advertisements to adolescents. Increased regulation of flavored e-cigarettes may also be a promising approach to intervention, says Park.