Estrogens are responsible for the survival and proliferation of tumor cells in 70% of all breast cancer cases. The most frequently used treatment to fight this variety of tumors relies on anti-estrogens such as tamoxifen. However, nearly a third of the patients develop a resistance to this type of therapy after a few years. In a study published in the journal Nucleic Acids Research, biologists from the University of Geneva (UNIGE), Switzerland, reveal how tumor cells become refractory to the drug. They succeeded in identifying eight factors involved in the process of resistance to the treatment. The researchers also suggest various approaches for developing new therapies. 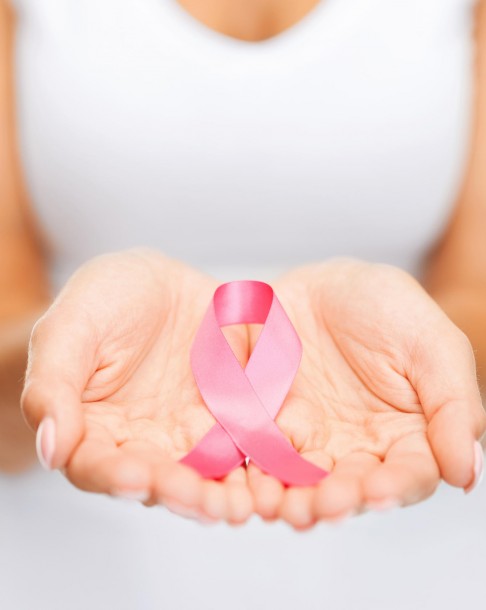 Receptor proteins that bind estrogens regulate the expression of genes that are necessary to the survival and proliferation of certain types of mammary cells. When breast cancer cells possess estrogen receptors of the α type (ERα), that is 70% of the time, these receptors constitute a motor of cancerous growth. Treatments with anti-estrogens such as tamoxifen block malignant cell growth precisely by inhibiting the activity of ERα. However, the cancer eventually becomes refractory to these hormonal therapies in more than one third of the patients.

No less than eight factors involved

Didier Picard, professor at the Department of Cell Biology of the Faculty of Sciences of UNIGE, studies the functioning of ERα and its involvement in the resistance to tamoxifen. ‘A few years ago, we had shown that ERα could be activated in an indirect way, in the absence of estrogen, by a specific biochemical signaling pathway, in which a protein called CARM1 takes part’. However, the binding of this protein to ERα was, by itself, insufficient to activate the receptor. The biologists then looked for the other cellular factors involved and discovered seven additional molecules.

‘Several enzymes, including the so-called LSD1, come into play to allow the receptor to access the genes necessary for cell growth. Diverse protein complexes and cofactors are also at work to activate ERα or to regulate these genes’, explains Marcela Bennesch, first author of the study. Until then, none of these elements had been reported as performing such functions. The same applies to the chaperone protein Hsp90, which, besides its usual roles of assistance to other proteins, participates in the assembly of factors involved in the mechanism of resistance to tamoxifen. ‘The discovery of a range of factors with unexpected functions prompted us to test them as potential therapeutic targets’, specifies the researcher.

The biologists tested various compounds in vitro on mammary cancer cells having become refractory to tamoxifen. ‘The inhibitors of LSD1, Hsp90 or HDAC, one of the other factors discovered during this study, hamper the proliferation of cancer cells. Furthermore, these drugs restore tamoxifen sensitivity to the malignant cells’, says Didier Picard.

The pharmacological equivalents of these compounds are currently being used in various human clinical trials. ‘The inhibitor of LSD1, tested against certain forms of leukemia and lung cancers, and that of Hsp90 could be seriously considered for breast cancer therapy’, notes Marcela Bennesch. As for treatments blocking HDAC, they are currently being tested in several clinical trials targeting this type of tumor. The mode of action of this inhibitor is now revealed by the researchers from UNIGE. ‘With these studies of basic research in molecular biology, we unexpectedly opened the way to new therapeutic approaches’, concludes Didier Picard.