Artificial structures of tumour antigens, so-called mimotopes, applied in vaccinations of cancer patients can trigger a long-term immune response. For the vaccine, however, a carrier is required that triggers an immune response itself. A team of researchers from the Messerli Research Institute at the University of Veterinary Medicine Vienna, and the Medical University of Vienna showed in laboratory tests that virus-like particles of harmless adeno-associated viruses (AAV) are particularly suitable as carriers. The scientists were able to produce mimotopes for the growth factor HER2, a tumour antigen of about 30 percent of breast tumours, without chemical after-treatment at these AAV carrier particles and use them directly as a specific vaccine. In the future, this vaccine could serve as a prophylaxis for high-risk patients or breast cancer patients that have already received a therapy. Due to close similarities of the growth factor in humans and dogs, also a treatment of canine breast tumours seems possible. The results were published in the journals OncoImmunology and Oncology Letters. 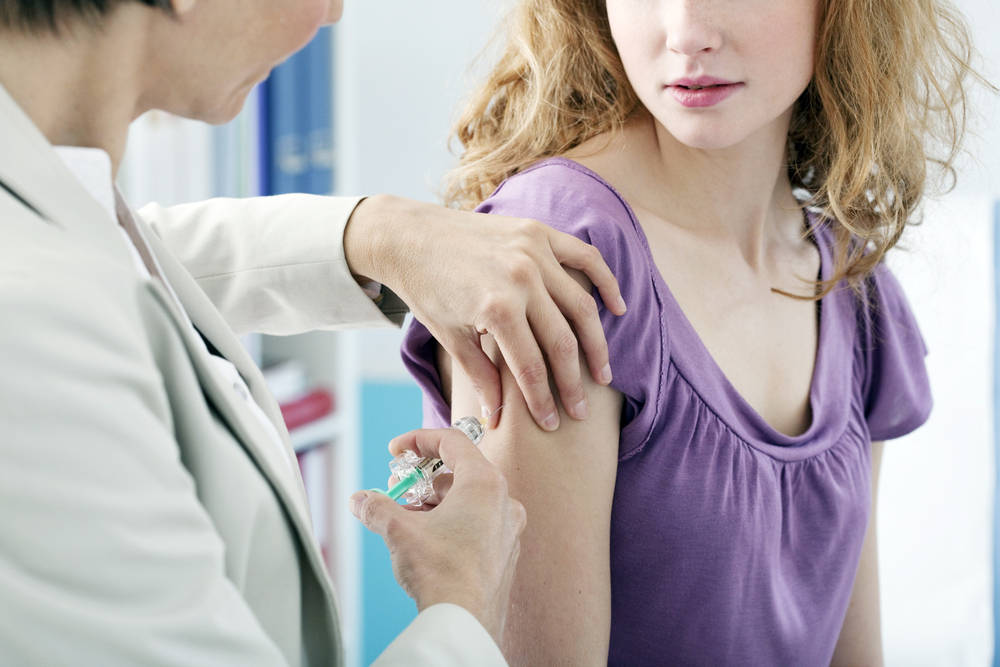 The immune system reacts to exogenous proteins of bacteria and viruses, so-called antigens, by producing antibodies. Also characteristics of tumour cells such as a protein which is too abundant in the cell envelope are called antigens. But as they are endogenous substances, the immune system tolerates them. Targeted vaccinations can end this tolerance and trigger an immune response against the tumour cells. Artificial imitations of the surface structure of specific tumour proteins — mimotopes — are particularly suitable for immunotherapies. They stimulate the immune system to produce antibodies against the tumour antigens, too.

Particles from Adeno associated viruses improve the production of vaccines

Mimotopes are selected for each type of cancer from a broad range of different structure imitations — a so-called library. “If we use antibodies against tumour antigens, we can exactly select the right mimotope from the library,” explained Erika Jensen-Jarolim, principal investigator of the study from the Messerli Research Institute at Vetmeduni Vienna. However, the selected imitations alone are not a full vaccine. They have to be additionally bonded to a carrier that triggers an immune response itself as an adjuvant.

Mimotopes have been chemically bonded to a carrier so far. But this proved disadvantageous because the structure of the mimotope can change retrospectively, leading to reduced effectiveness of the vaccine. Therefore, Jensen-Jarolim and her team used parts of adenoviruses, so-called adeno-associated viral particles (AAV particles) as carriers. These particles do not cause a disease but a strong immune response. Mimotope libraries can be developed together with the particles. Thus, no chemical after-treatment is necessary and the structure is retained. “After specifically selecting mimotopes with antibodies, we get a full vaccine ready to use,” said Jensen-Jarolim.

Together with a partner from the industry, the research team successfully tested a vaccine from a new AAV mimotope library for a tumour antigen of breast cancer, the growth factor HER2. Being a signal protein in the cell membrane of tumour cells, HER2 stimulates malign growth and survival. In 30 percent of human breast tumours, this growth factor is much more abundant in the membrane than in healthy cells.

The effectiveness of the vaccine was proved in animal tests. Mice vaccinated with the mimotope were significantly protected against growing tumours with the HER2 tumour antigen. The control group without the vaccination developed breast tumours.

Mimotope as a prophylactic vaccination against breast cancer

Unlike active immunotherapy with mimotopes, a passive immunotherapy with specific anti-tumour antigens has been clinically used for quite some time. In this therapy, the immune system does not react — it remains passive. Therefore, antibodies have to be administered repeatedly. The vaccination with mimotopes, however, induces long-term immune protection through the production of endogenous antibodies against HER2.

“For this reason, a vaccination with mimotopes might also serve as a prophylaxis for high-risk patients,” said Jensen-Jarolim. “Similar to other vaccinations, the immune system remembers the administered structures. When a protein is more abundant on the cell surface of tumour cells, the immune system has already been sensitised and will react.” Such a vaccination could protect high-risk patients prophylactically and provide further protection of breast cancer patients who already received a therapy.

This method does not only work for humans. The HER2 mimotopes produced for humans are also suitable for dogs. Jensen-Jarolim and her team found out in a test that 90 percent of the structures of the relevant growth factor in dogs correspond. The growth factor plays a similar role in human and canine breast cancer. “The HER2 mimotopes we found, together with the Adeno-associated viruses as a substance carrier, could be applied in human and veterinary medicine. Both medical fields could benefit from the tests,” explained Jensen-Jarolim.