Today from the fashion streets of Milan to New York, the modelling world is ruled by none other than the beautiful stunning models from Brazil. After football Brazil has now become famous for the models it is giving to the fashion industry. Women Fitness present before its viewers a selected list of Top 10 hottest Brazilian Models on this planet. This list is in no order of preference. 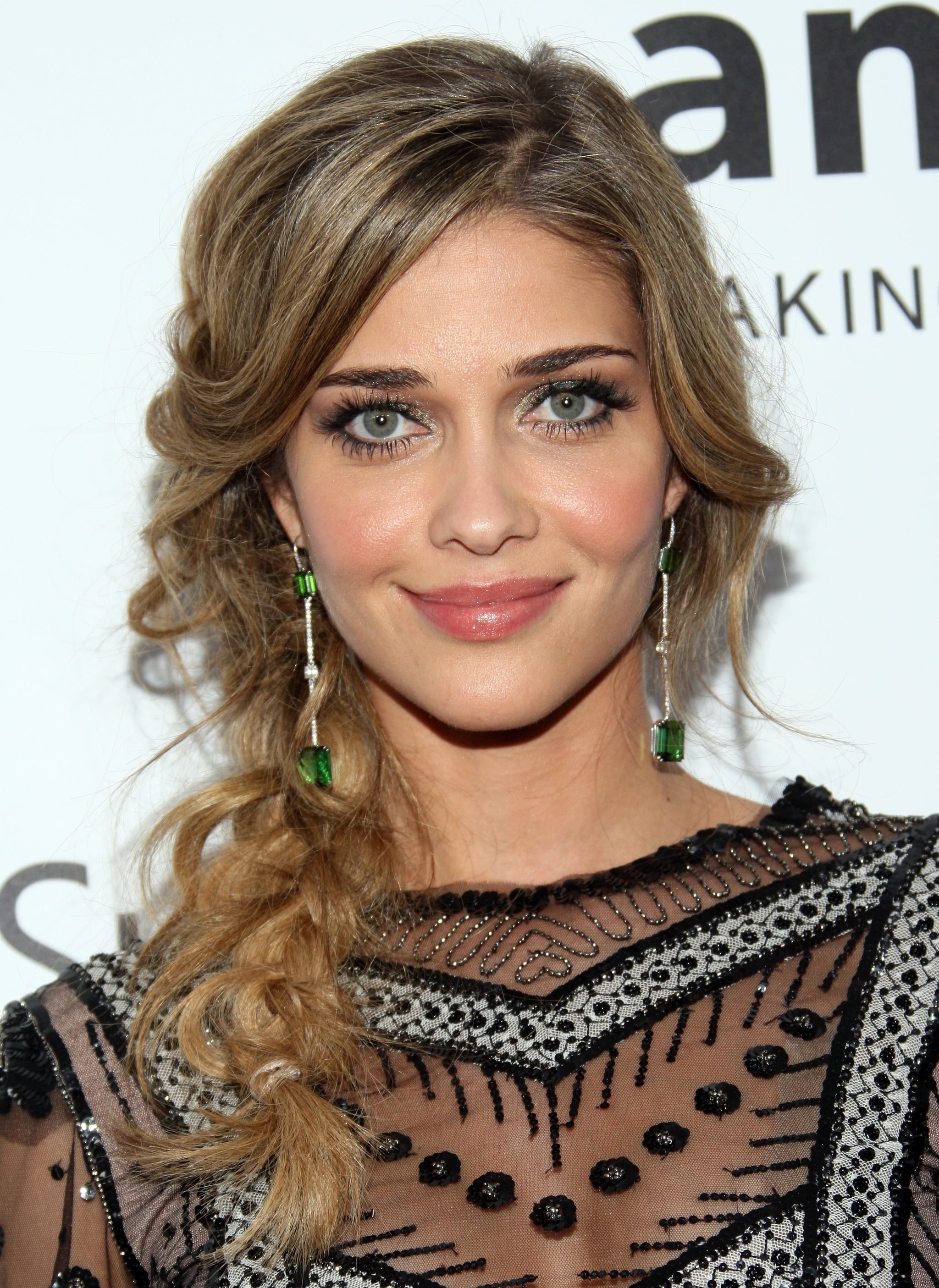 Ana Beatriz Barros was born on 29th May 1982. She is a Brazilian model known for her multiple appearances on the SI Swimsuit issues and for her work with Guess?, bebe, Victoria’s Secret, Chanel cosmetics, and Jennifer Lopez’s JLO fashion line.

Barros was born in a small town of Itabira, Minas Gerais, Brazil, to Sônia, a housewife, and Reinato Barros, a mechanical engineer. Later, her family moved to Rio de Janeiro, where she spent her childhood. Barros is of Portuguese, Spanish and Italian ancestry and is the youngest of three sisters; Patricia, who is also a well known model, and Malu (Maria Luisa).

When she was 13, Barros and her older sister, Patricia, were vacationing in Rio de Janeiro when they were spotted by a representative from Elite Model Management.
Barros was encouraged by the Rio Elite office to participate in the Elite Model Look 1996, which she was runner up to Diana Kovalchuk. Barros subsequently competed for international Elite Model Look and placed second worldwide. Elite sent her portfolio and recent Polaroid shots to GUESS? which led her to do the Millennium GUESS? campaign along with her friend and fellow Brazilian model Alessandra Ambrosio.

In addition to Guess?, Barros has done advertisements for Christian Dior, Armani Jeans, Oakley, L’Oréal, Diesel, Victoria’s Secret, Chanel cosmetics, and Jennifer Lopez’s JLO fashion line, among others. In 2004 Jennifer Lopez selected Barros to be the face of her new lingerie line, JLO Lingerie. Lopez said, “I wanted someone young, sexy and urban, with a universal appeal”. Barros has been in shows for the likes of Valentino, Missoni, Gucci, Christian Dior, Versace, Emporio Armani, BCBG, DKNY, Jean-Paul Gaultier, Dolce & Gabbana, Michael Kors, Red Oak, Elie Saab and many more prestigious fashion houses. She walked in the Victoria’s Secret Fashion Show in 2002, 2003, 2005, 2006, 2008, and 2009.

She was chosen to be in the 2010 Pirelli Calendar photographed by Terry Richardson in Bahia, Brazil, alongside Lily Cole, Daisy Lowe, Miranda Kerr and other models. Barros replaced Lindsay Lohan for Fornarina’s Spring Summer 2010 campaign and look book. She has already filmed her first commercial for the company. Barros was also featured in the 2010 Spring/Summer campaign for British retailer Marks and Spencers alongside Twiggy, VV Brown, Lisa Snowdon and Dannii Minogue.

Once one of the top models for Guess, Brazilian supermodel Ana Beatriz Barros has since landed on the cover of several high-profile magazine, including Glamour, Vogue, Marie Claire, and Allure and has appeared in the famous Sports Illustrated Swimsuit Edition. Barros has walked the annual Victoria’s Secret runway six times, including the 2009 show set to air on CBS on the first of December, but the supermodel is still not an official Angel. Despite her wingless status, you can still find Barros showing off her unearthly body in the 2010 Pirelli calendar.

With six appearances in the annual Victoria’s Secret runway show, a stint posing for Sports Illustrated’s Swimsuit Edition in 2008 and her upcoming work alongside Miranda Kerr in the 2010 Pirelli calendar under her belt — or should we say bikini bottom — and it’s clear that Ana Beatriz Barros isn’t your typical emaciated high fashion model. The native Brazilian is both cut and curvy, making her the kind of supermodel that both men and women can agree is sexy. Although she still hasn’t been upgraded to the status of Victoria’s Secret Angel — a title her best friend and fellow Brazilian Alessandra Ambrosio holds — we think 2010 might just be the year Barros gets her wings. She definitely rings our bell. 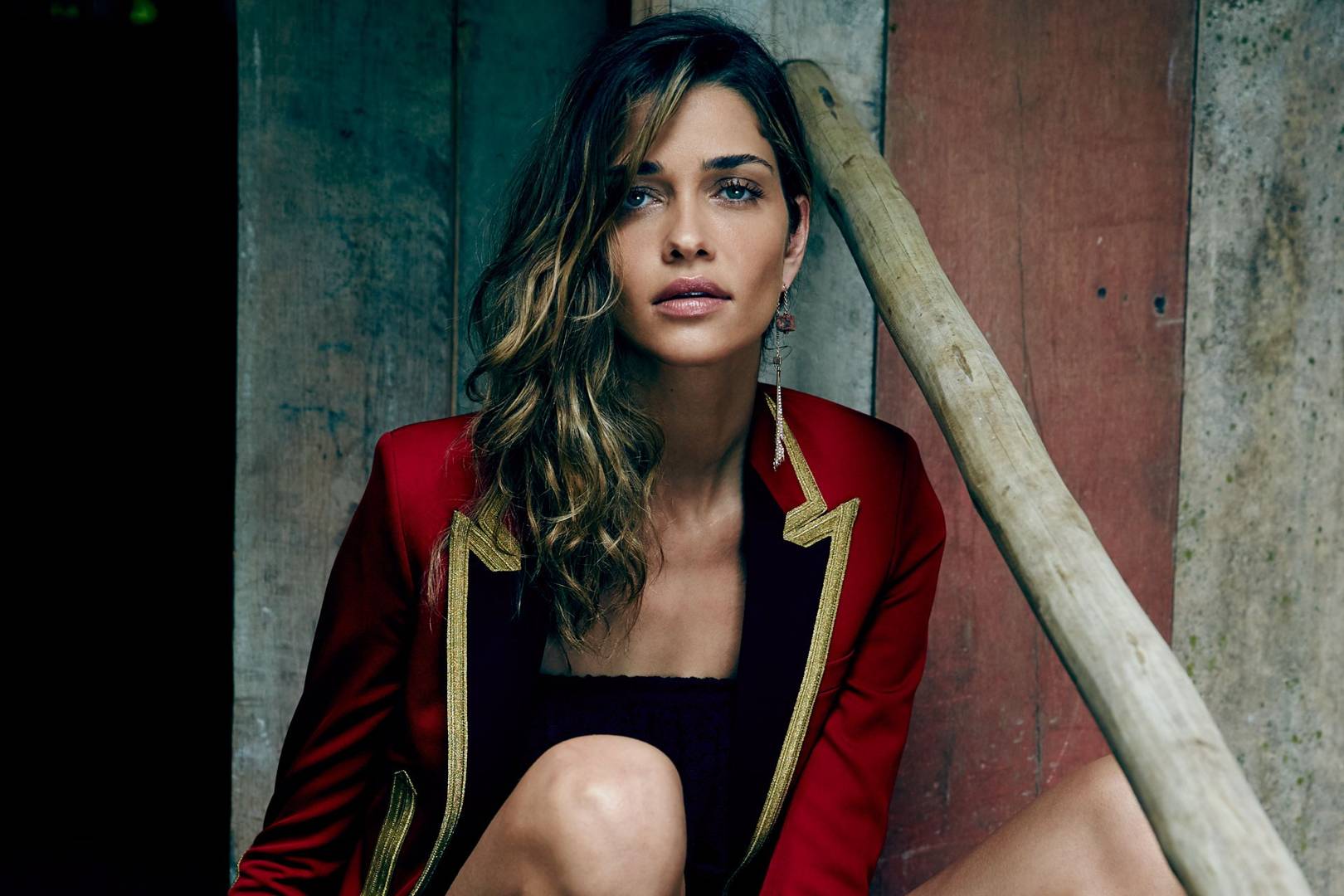 Ana Beatriz Barros’ name still doesn’t have the same household status that her best friend and fellow Brazilian supermodel Alessandra Ambrosio’s does, at least outside of Brazil. The supermodel, however, has walked runways for both haute couture designers and has appeared six times in the annual Victoria’s Secret runway show, which means she has the kind of body that appeals to elitist fashion insiders and she can satisfy the demands that a C-cup bra requires. That’s not an easy feat. Barros is still not an official Angel like Ambrosio, but after her upcoming work for the 2010 Pirelli calendar gets out there, we have a feeling that might change.

The hazel-eyed beauty was discovered by the director of Elite Model Management while vacationing on the beaches of Brazil. He encouraged her to enter the Elite Look Of The Year contest.

Once Paul Marciano (cochairman and co-CEO of Guess, responsible for the careers of Eva Herzigova, Kim Smith and Josie Maran) received Ana Beatriz Barros’ impressive portfolio on behalf of Elite, he knew he had a new Guess girl on his hands.

Ana Beatriz Barros’ beauty cannot only be seen in the Guess Hawaii campaign (along with fellow Brazilian Alessandra Ambrosio), but also in international advertisements for Onyx (in Italy), Head & Shoulders and Chanel makeup.

Ana Beatriz Barros has graced the covers of Capricho (Brazil), Nova and 20 Ans (France) and has appeared in magazines such as Elle (Brazil), Claudia (Brazil), Allure (US), Woman (Spain), and Audi (Brazil).

Although still not an official Angel, Ana Beatriz Barros walked the Victoria’s Secret runway for the sixth time in 2009, along with her already Angelic best friend and fellow Brazilian supermodel Alessandra Ambrosio. Jay-Z or Harvey Weinstein were just two of the impressive guests seated at the event, set to air on CBS for the general public on December 1, 2009. In 2010, Ana Beatriz Barros will appear with Miranda Kerr, Lily Cole and Daisy Lowe, for what is one of our favorite reasons to ring in the New Year: the latest Pirelli calendar.