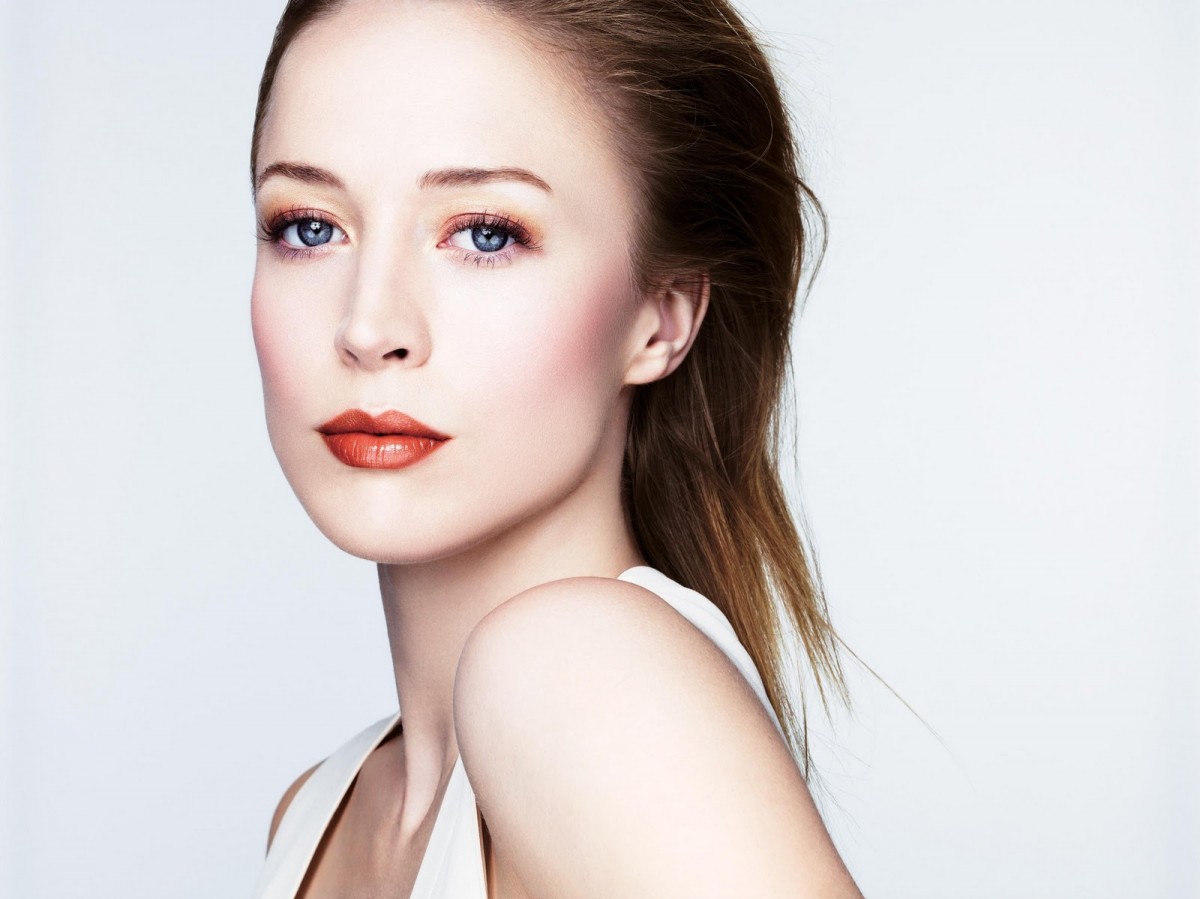 Raquel Zimmermann was born on 6th May 1983. She is a Brazilian model. Zimmermann was discovered by a scouting agency in Porto Alegre, Brazil at the age of 14 and made her way to Japan and on to Paris. Shortly thereafter, Steven Meisel booked her for the cover of Vogue Italia, September 2000, and her modelling career began in earnest.

In 2008 casting agent James Scully, who is responsible for picking which model is to score a spot on top runways, says in regard to Zimmermann: The energizer model! I think she’s the only model of the last ten years who never goes out of fashion. It’s as though she never ages yet gets better-looking each season. Probably the most versatile model of all, she truly could be in any show. Her professionalism rivals any model and her timeliness is equal to Cindy Crawford’s, whose punctuality was legendary.

In 2007 Zimmermann appeared on the cover of V and in the first ever television commercial by Gucci for its new fragrance, Gucci by Gucci directed by David Lynch. Zimmermann was ranked number one on international model ranking website models.com from December 2007 until February 2010. As of April 2011 she is, because of her long run on the Top 100, ranked 14 on the Top Model Icons of All Time list.

She has recently been featured in the H&M, Fendi, Lanvin, Printemps and Roberto Cavalli advertising campaigns. Zimmermann appeared on covers of the June 2008 issue of Elle Brazil, the July 2008 issues of Vogue Nippon and Numéro Tokyo and the cover of the August issue of Chinese Vogue, as well as the covers of the Vogue Nippon issues from December 2008 and October 2009. She was the face of Oscar de la Renta for the spring/summer 2009 advertising campaign photographed by Craig McDean as well the face of Marc Jacobs for the 2009 spring/summer campaign photographed by Juergen Teller. The May 2009 issue of American Vogue featured her as one of the faces of the season, alongside Liya Kebede, Lara Stone, Natasha Poly, Caroline Trentini, Jourdan Dunn, Natalia Vodianova, Anna Jagodzinska, and Isabeli Fontana.
Vogue Paris declared her one of the top 30 models of the 2000s. 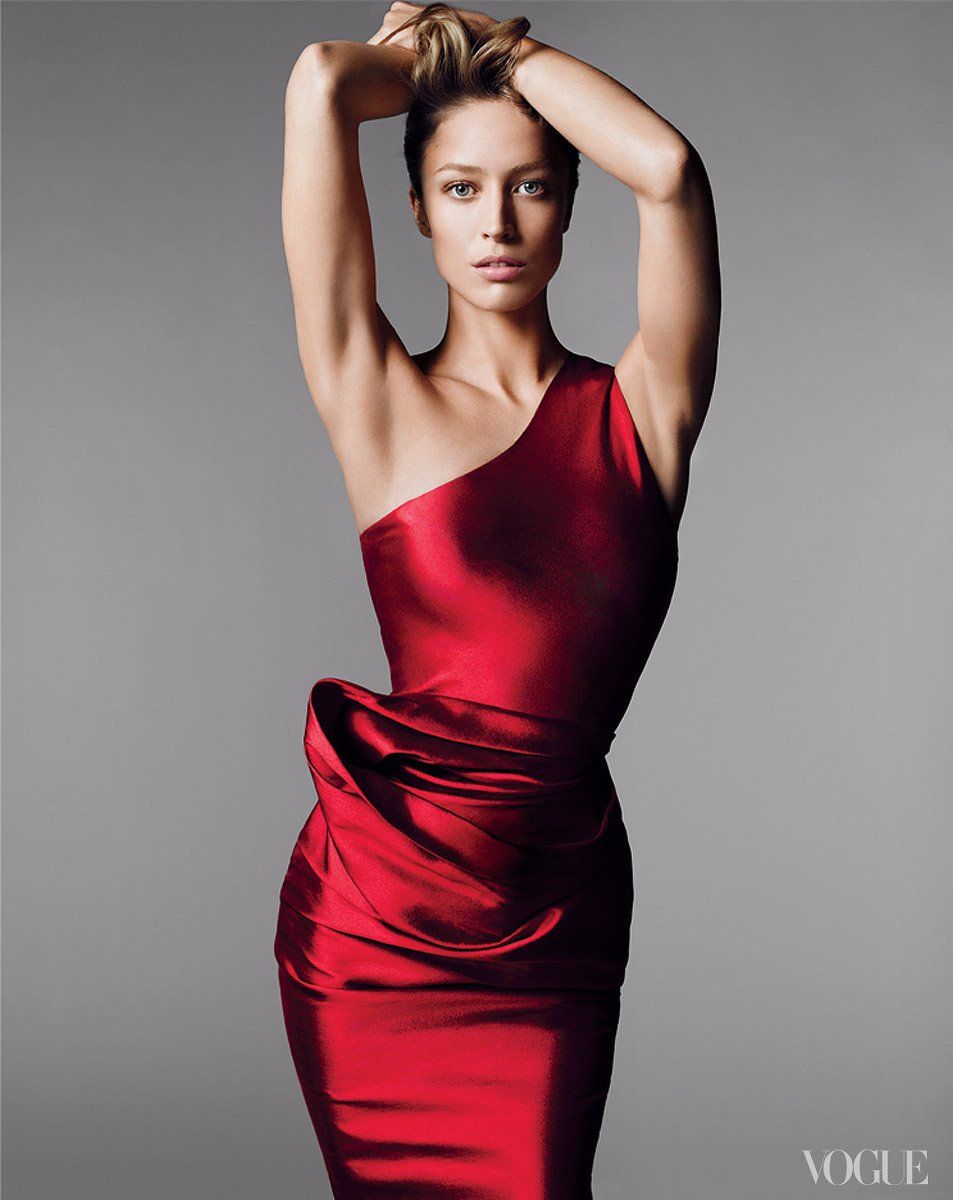 She starred in the Lady Gaga music video for “Born This Way”, where she was featured wearing designer clothing and helped give birth to a non-prejudice race from the “Mother Monster”. Zimmermann, a German Brazilian, was born in Bom Retiro do Sul, RS, Brazil. She reports that she practices the Transcendental Meditation technique.

Raquel Zimmermann, on being the world’s top model said “It means the recognition of my work and all my efforts… I am very happy.”

Raquel Zimmermann is an international supermodel. She’s best known for her appearances in magazines like Vogue, her modeling of various brands and her catwalk struts for the Victoria’s Secret Fashion shows.

As she’s one of the world’s elite models, there is little to complain about when it comes to Raquel Zimmermann’s sex appeal. An exotic Brazilian beauty, her tall frame is complemented by her striking eyebrows, deep eyes and full lips. Her main areas of focus have always been the maintenance of her hair and skin.

Despite her knockout physical beauty, Raquel Zimmermann has an interesting take on physical beauty. She doesn’t believe that looks set people apart in the modeling world — in her eyes, it’s the model’s interpretation of the fashions and their “acting” at shows that set the standards of excellence. Either way, her looks, acting and winning personality made an impression on photographer Ruy Sanchez Blanco, who is now her husband. For now, it’s a family of two.

Raquel Zimmermann’s modeling portfolio covers a broad chunk of the modeling spectrum. It makes sense, given that she’s the top-ranked model on the industry-ranking website Models.com. Since her first big splash as a cover model for French Vogue, Raquel Zimmermann has made covers a thing of habit with additional cover shoots for magazines like Vogue, Harper’s Bazaar, ELLE, Marie Claire, V, and recently, i-D. One of her magazine highlights was a 2007 shoot for Vogue that had her posing with nine other models as part of a supermodel special.

Being a supermodel, Raquel Zimmermann is no stranger to promoting brands or prowling the catwalks. To date, she’s regularly lent her face and body to names like Calvin Klein, Versace, Giorgio Armani, Escada, Christian Dior, Chanel, and Gucci. Raquel Zimmermann’s association with Gucci also led to her role in a TV commercial directed by David Lynch (Blue Velvet). She’s made three appearances at Victoria’s Secret fashion shows as well.

As a child, Raquel Zimmermann was very tall for her age, and even though she was a dedicated student, her peers felt that her height made her an ideal model. Shirley Mallmann was the Brazilian supermodel of the time, and Raquel Zimmermann decided to give it a chance by joining a modeling school at the age of 12. Two years later, a modeling scout “discovered” Raquel Zimmermann and sent her to Japan and Paris to kick-start a modeling career. 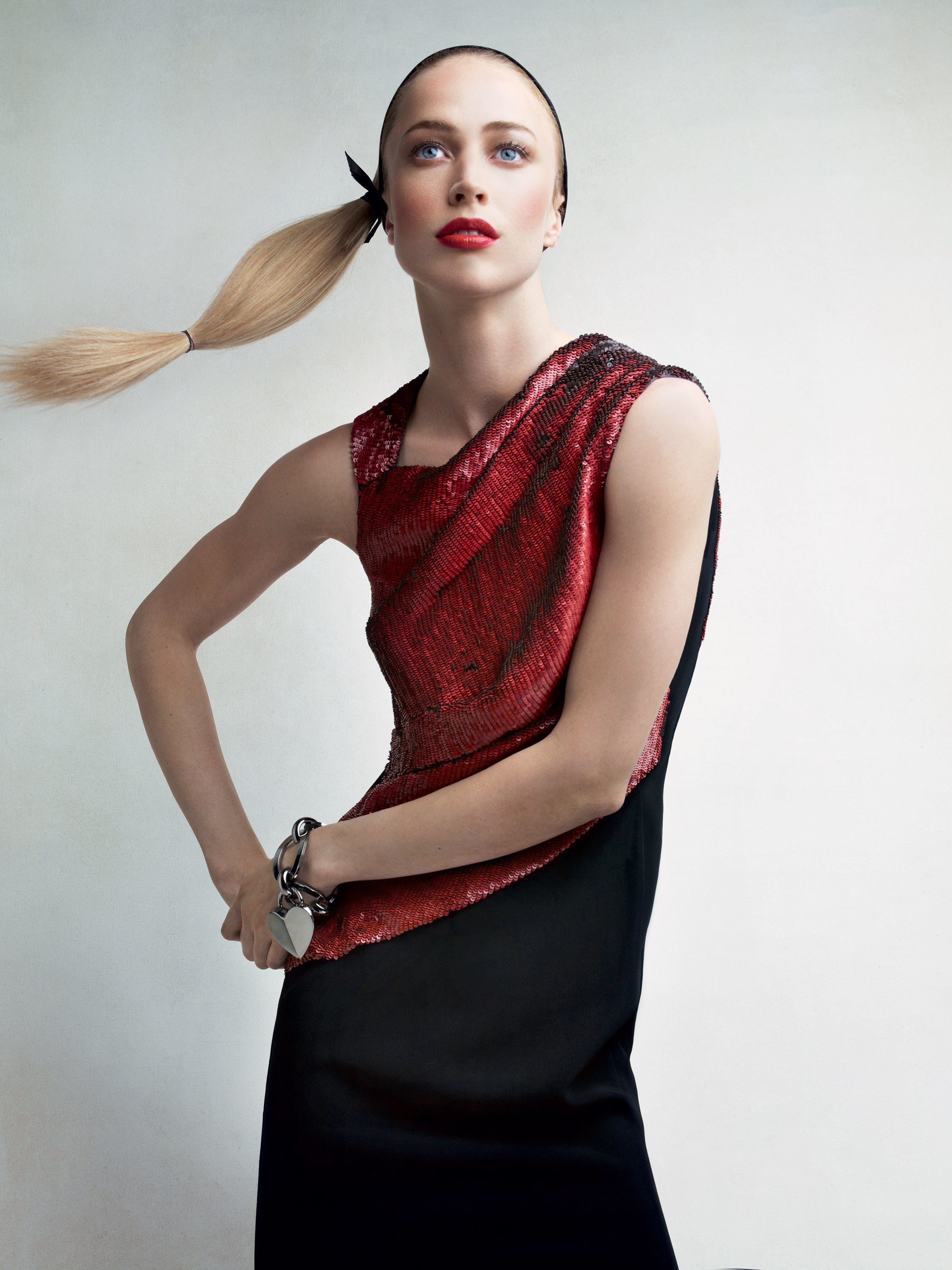 The cover shoot for Italian Vogue opened the door up to many more opportunities for Raquel Zimmermann. In 2002, she joined Victoria’s Secret for their annual fashion show, the first of three such shows she would participate in. Two years later, she was photographed by Meisel again for Escada, who would eventually name her as the face of the company.

With a regular stream of covers and cosmetic work, Raquel Zimmermann was now earning over $10K per runway show and further adding to her resume. She became the face of Hermes in 2004 and did cover shoots for Harper’s Bazaar in Japan. She also found time to star in the debut episode of Belissima, a TV show based in her native Brazil. In 2006, she joined MaxMara for another exclusive contract, and was the opening model for Viktor & Rolf’s Paris show.

The modeling exploits of Raquel Zimmermann continued on into 2007 and beyond. She appeared in a Chanel photo shoot with noted fashion guru Karl Lagerfeld behind the lens. She also gained another new contract — this time with Fendi. In May of that year, she teamed up with Meisel again, along with nine other supermodels, for a Vogue cover shoot that profiled the exciting new group of supermodels.

Raquel Zimmermann also signed a contract with Gucci, which expanded her horizons further. She would act in a TV commercial for the company that was directed by film director David Lynch. After celebrating the fall of 2007 as a show opener in New York, Milan and Paris for various designers, Raquel Zimmermann finished the year ranked No. 1 on Models.com. The work continued to pour in for Raquel Zimmermann in 2008, thanks to additional magazine appearances in Vogue, V and i-D. She also headlined shows for designers like Oscar de la Renta and Stella McCartney. After her modeling career is done, Raquel Zimmermann would like to pursue a career in the arts, but for now she’s quite content to be the world’s most sought-after supermodel.