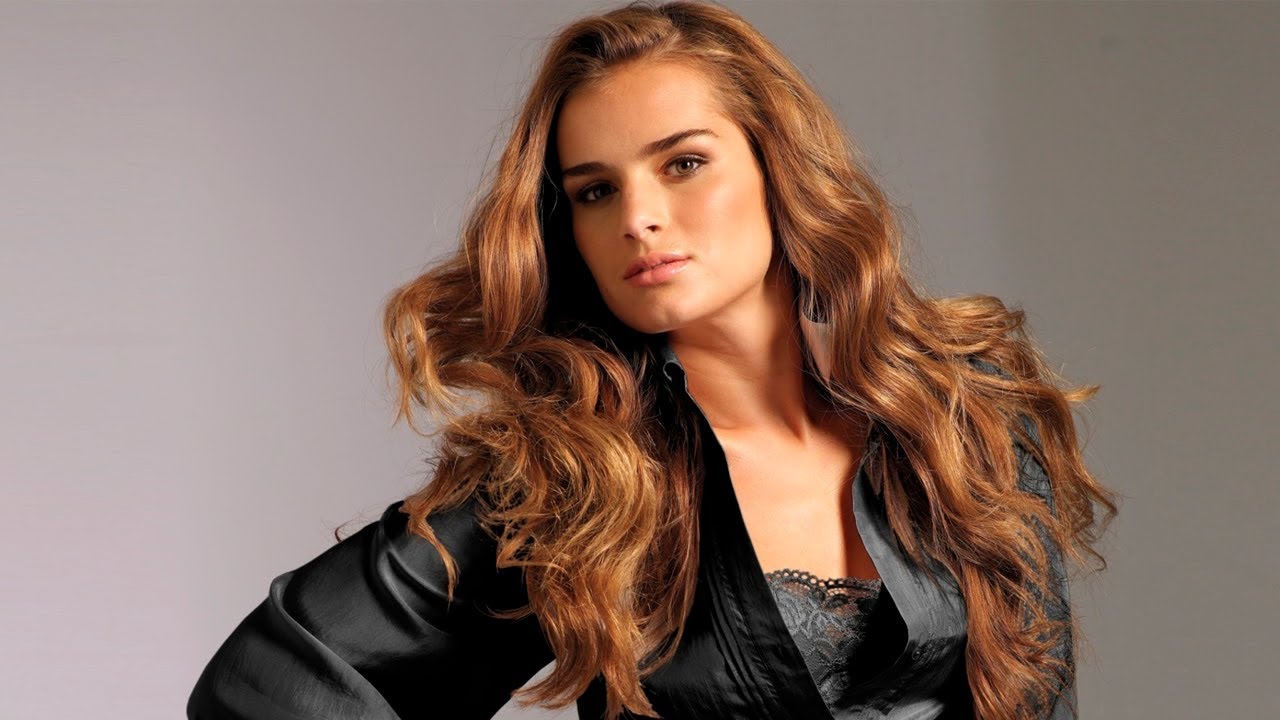 Liliane Ferrarezi was born on 26th June 1988. She is a Brazilian model who came to national attention in 2002, when she was the winner out of 350,000 entrants competing in the Brazilian round of the Supermodel of the World contest. Representing Brazil in the 2002 world final, held in Punta Cana, Dominican Republic, she finished as the runner-up out of forty-five contestants.

Since then, she has modelled for designer labels including Balenciaga, Calvin Klein, and Marc Jacobs and been photographed for the campaigns of Burberry and Gap. Her magazine covers include French and Italian editions of Vogue. She also appeared in a television commercial for “Echo Women” by Davidoff.
Ferrarezi has worked for the agencies Beatrice of Milan, Ford Models of Sao Paulo, and Models 1 of London.

Liliane Ferrarezi is only in her early 20s, but she’s been a fashion veteran since the age of 14. A former winner of the Supermodel of the World in her native Brazil, she’s popular in her homeland for her underdog victory and has served as a direct influence to other Brazilian hopefuls like Camilla Finn. Outside of Brazil, she’s become recognized at runway events for Marc Jacobs, Calvin Klein, Givenchy, and Chanel (among others), and for her cover shoots, print ads and television spots for the likes of Burberry, Armani Exchange, Louis Vuitton, Gap, and Christian Lacroix. While she’s not as much of a force these days as she was as a promising newcomer, Liliane Ferrarezi still has the potential to come back hard and climb up fast. We have our eyes on her and so should you. Check out fellow Brazilian supermodel Gisele’s post-baby bod at UsMagazine.com

Liliane Ferrarezi was such a hot modeling commodity in her earlier (read: teenage) years that it wasn’t possible to look at her as anything but a girl wearing designer clothes. Now that the hype has quieted down and she’s had the chance to enter adulthood, we can see that she has the makings of an energetic and attractive Brazilian babe who could dazzle us for a while to come. If there are no objections, we would like to add her to our ever-growing list of Brazilian models that we’d like to date.

Among the more striking features of Liliane Ferrarezi’s face are her prominent eyebrows, which add a symmetric and strong quality to her expressions and her overall exotic look. Given that Ferrarezi’s mother took great care of her during her formative modeling years in New York City and kept her away from typical model traps (harsh partying, eating issues), we can imagine that Ferrarezi is comfortable in her own skin and big on family values. We’re not sure if she currently has a man in her life, but you can bet that a family-oriented guy would stand the best chance of sweeping her off her model feet.

With nearly 10 magazine covers to her credit and over 75 designers fighting over her services in her first three years on the job, it’s no surprise that Liliane Ferrarezi has found herself as one of Models.com’s Top 50 in the industry. What is surprising and impressive is that she accomplished all of it before her 18th birthday. Now in her 20s, Ferrarezi has survived the early ups of the modeling business in one piece and continued her career development through television ads and recent magazine spreads. 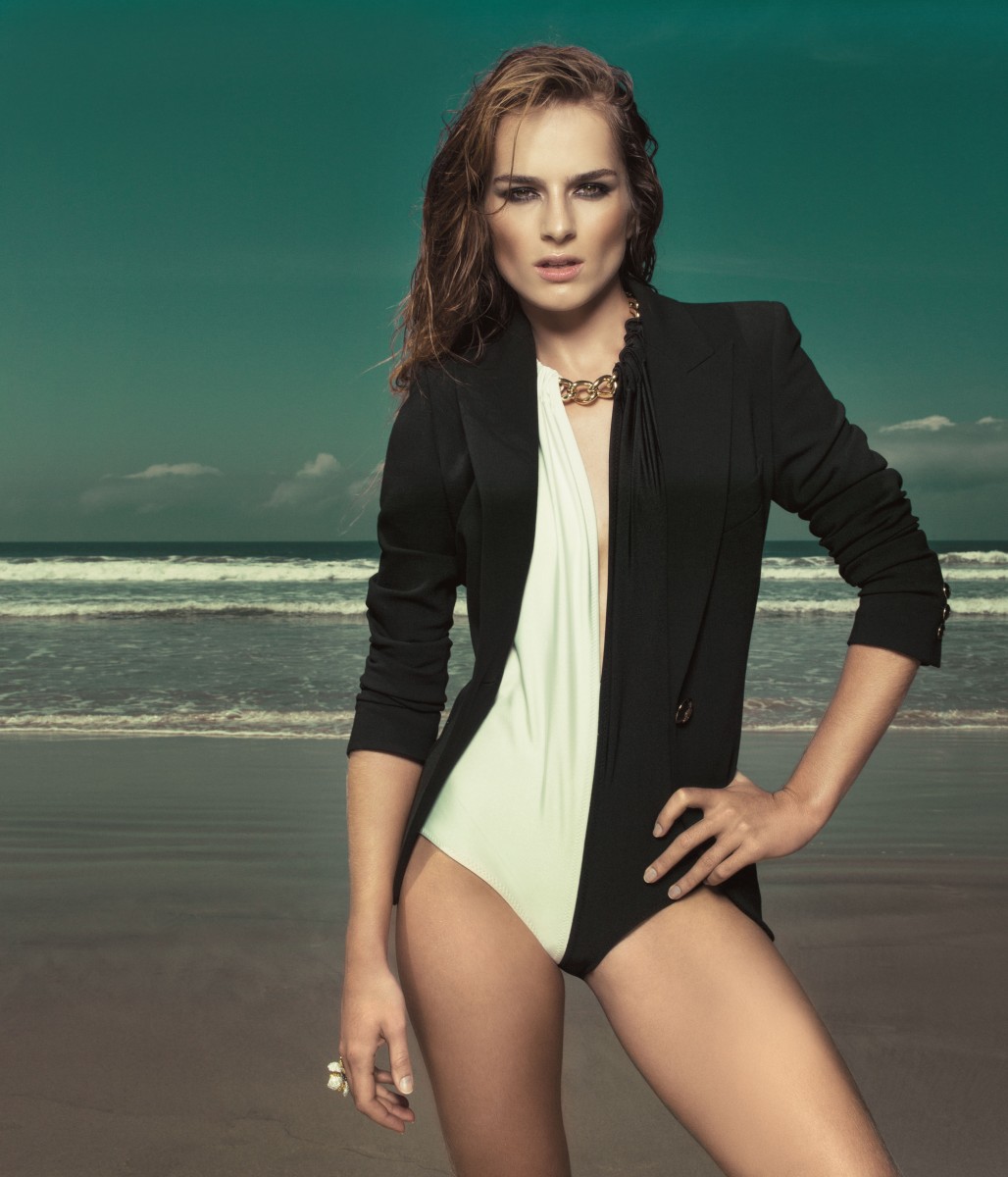 To date, Liliane Ferrarezi hasn’t earned the same money or experienced the same amount of fame as her Brazilian counterparts have. That being said, she seems perfectly content to not be doing that. Having entered modeling at such a young age, it appears as though she is enjoying the experience of being there as much as she’s pleased to make money doing it. Having been a fan of models since her earliest years, she relishes the sheer kick of sharing a shoot with Kate Moss or walking a runway for Calvin Klein. It’s this kind of attitude that has kept her out of trouble (read: drugs and eating disorders) and can surely help extend her career in years to come.

As the youngest of three in her Brazilian family, Liliane Ferrarezi used her childhood years to latch on to one of the most common dreams that Brazilian girls have: becoming a supermodel. With lucrative modeling careers being almost the norm for women in her country, Ferrarezi spent a great deal of her free time outside of school perusing through magazines and imagining herself in designer clothes on catwalks around the world.

In 2002, Liliane Ferrarezi got the necessary encouragement from her parents and her brother’s girlfriend to apply as a long-shot entrant into the Brazil segment of the Ford Models-sponsored Supermodel of the World competition. To her surprise, the organizers liked what they saw in her photo and she was invited to the competition at age 14 with over 350,000 competitors in her midst. In an impressive display of both beginner’s luck and natural modeling ability, Ferrarezi took top honors at the competition and advanced to the global contest in the Dominican Republic. Though she didn’t win, she would finish second in the competition to Dari Maximova of Germany and sign a contract with the New York branch of Ford Models before she could even return home.

At nearly 15, Liliane Ferrarezi was about to enter a world of big money, odd-fitting fashions, catty infighting, and eating disorders, but thankfully, she wasn’t forced to do it alone. Her mother moved with her to New York and besides helping her learn the local language of her new surroundings, she kept the young model grounded as well. For Ferrarezi, her keen attitude paid off with a series of plum assignments. In 2003, she earned back-to-back covers for the French edition of L’Officiel in May and June before netting the October Italian issue of Vogue. Ferrarezi would add to her rising stock by hitting the catwalk to flaunt the ready-to-wear autumn-winter collections of 2003 for a number of famed designers, notably Calvin Klein, Sportmax and Max Mara. For the haute couture fashions of the same season, she would suit up for high-rollers Chanel and Givenchy.

Liliane Ferrarezi’s relevant experience on the catwalk brought her increased exposure and a number of advertising contracts. By the end of 2004, her campaign dance card would already be filled with the likes of Marc Jacobs (for his Marc line), Miu Miu and Burberry. Perry Ellis would hire her for both ad campaigns and runway duties, while other high-end designers such as DKNY and Tommy Hilfiger would help Ferrarezi impressively crack the ranks of Models.com’s Top 50 models list.
Over the next two years, Liliane Ferrarezi would go on to add more campaign clients like Gap and Louis Vuitton to her advertising portfolio. In addition to this, she would land on the cover of more international magazines such as Amica and Glamour in Italy and Spur in Japan. From there, she would later go the television route to advertise her weatherproof hair in an amusing ad for John Frieda Weather Works, as well a more sensual ad for the Davidoff fragrance Echo Woman.

Liliane Ferrarezi hasn’t been as active on the catwalk in recent years, but she has kept her foot securely in the magazine spectrum with recent photo shoots in July of 2009 and February 2010 for the Brazilian edition of Marie Claire. Having matured into a true beauty, her recent shoots have featured new, lighter hair with a touch of blond and the same distinct eyebrows that helped make her notable in the first place. We look forward to watching her become one of the fashion industry’s most notable all over again.