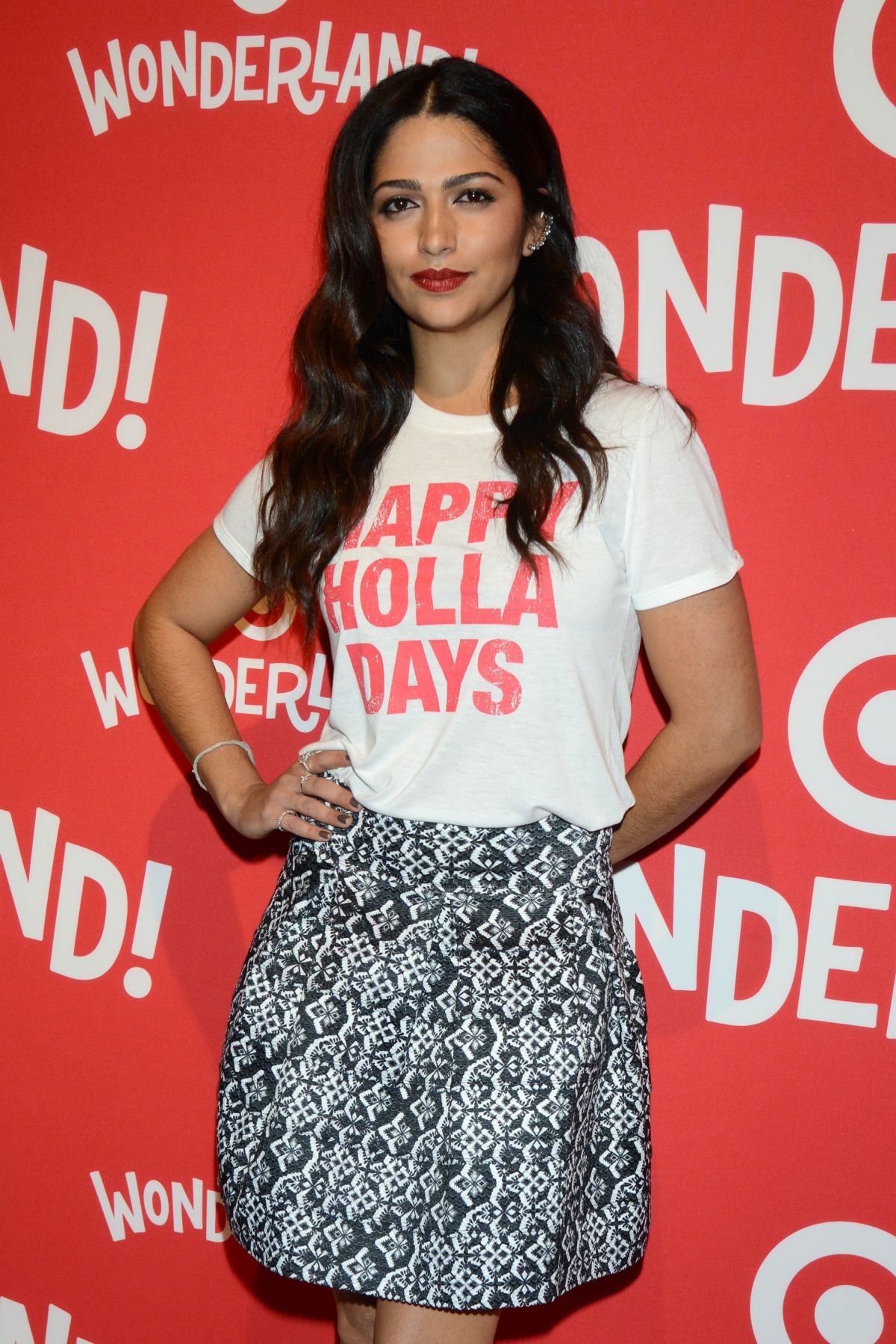 Camila Alves McConaughey was born on 28th January, 1982. She is a Brazilian model and designer. She was born in Itambacuri, Minas Gerais, Brazil and spent her childhood between the beaches of Bahia and the farmlands of Minas Gerais. She was raised by her mother, an artist and designer, and her father, a farmer. Alves arrived in Los Angeles at the age of fifteen to visit her aunt, and never left. After working for four years as a house-cleaner and waitress, she successfully learned English and decided to make the United States her home.

Alves relocated to New York to sign with Bleu Model Management model agency. One of her more notable campaigns was for Triumph lingerie. At the age of 19, Alves moved to New York to pursue a career as a fashion model. Alves and her mother design the Muxo line of handbags, which were conceived after experimenting for three years with styles and designs. In 2010, Alves hosted the Bravo network’s third season of its reality television show Shear Genius. In April 2012, Alves was signed on as the new face for Macy’s clothing line “I.N.C. International Concepts”.

Camila Alves onced said “Matthew and I are very simple people. Everyone just has to find common ground and make that work for them, and that’s what we do. I respect marriage and I think it’s beautiful that people do it. But for me, more important than anything is having a peaceful life and a peaceful home. I can only hope it gets better.”

Matthew McConaughey is one lucky dude, especially considering he refuses to wear deodorant and loves playing the bongos. Seriously, if it weren’t for his looks, dude would be a social leper, especially the way he gallivants around town like a little school girl with his bestie Lance Armstrong. But back to Camila. She might be more famous for being McConaughey’s arm candy than she is for being a model, but she looks damn good doing it. We’ve never actually seen any of the Brazilian model’s campaigns, but we believe her when she says she’s a model. 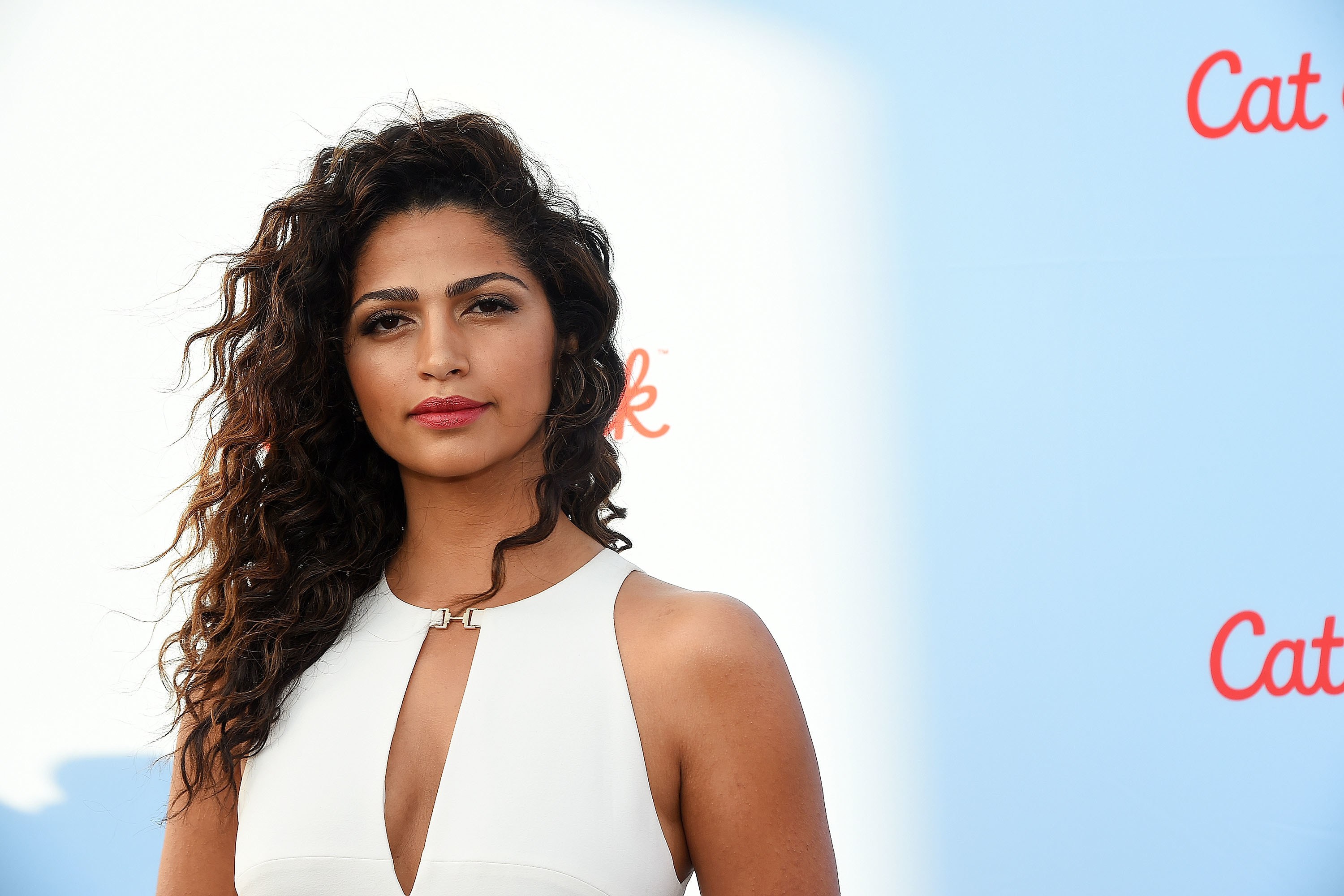 As far as modeling goes, Camila Alves hasn’t received that much exposure. She’s appeared in a few music videos as well as commercials (we particularly liked the ad she did for Triumph lingerie). However, given her public exposure as “the woman who broke down Hollywood’s playboy,” we think she might get the chance to follow in the footsteps of other Brazilian beauties like Adriana Lima and Gisele Bundchen.

After high school, she moved to New York to pursue acting and modeling, and earned a certificate from the Lee Strasberg Theatre and Film Institute. Shortly thereafter, Camila Alves began receiving offers. She became one of the sexy coveted lingerie models for Triumph (Matthew, when you’re girlfriend appears shirtless, it’s a totally different story than when you do it). In 2002, she had an uncredited bit part in the Walt Disney movie Snow Dogs, starring Cuba Gooding, Jr. but that’s not exactly something you write home about, or mention… ever.

Camila Alves’ incredibly hot body attracted hip-hop artists Chingy and Ne-Yo next. She worked on Chingy’s “Pulling Me Back” (2006) and Neyo’s “Because Of You” (2007) music videos.

In late 2007, the model was spotted with Hollywood’s main bachelor Matthew McConaughey, and rumors started flying as to whether or not the two were engaged. All of that was quashed when the couple announced they were expecting a baby in January 2008. They decided not to find out the baby’s sex, and although the daddy-to-be was quoted as saying he’d heard the doctor refer to it as a “he,” they still refused to confirm anything.

As if impending motherhood wasn’t enough, Camila Alves also started a new handbag line, Muxo, with her mother in ’08. In July 2008, the couple gave birth to a baby boy, and in June of 2009, the couple confirmed that Camila was pregnant with their second baby. Way to make babies, Matthew. See, the stork doesn’t bring them after all.