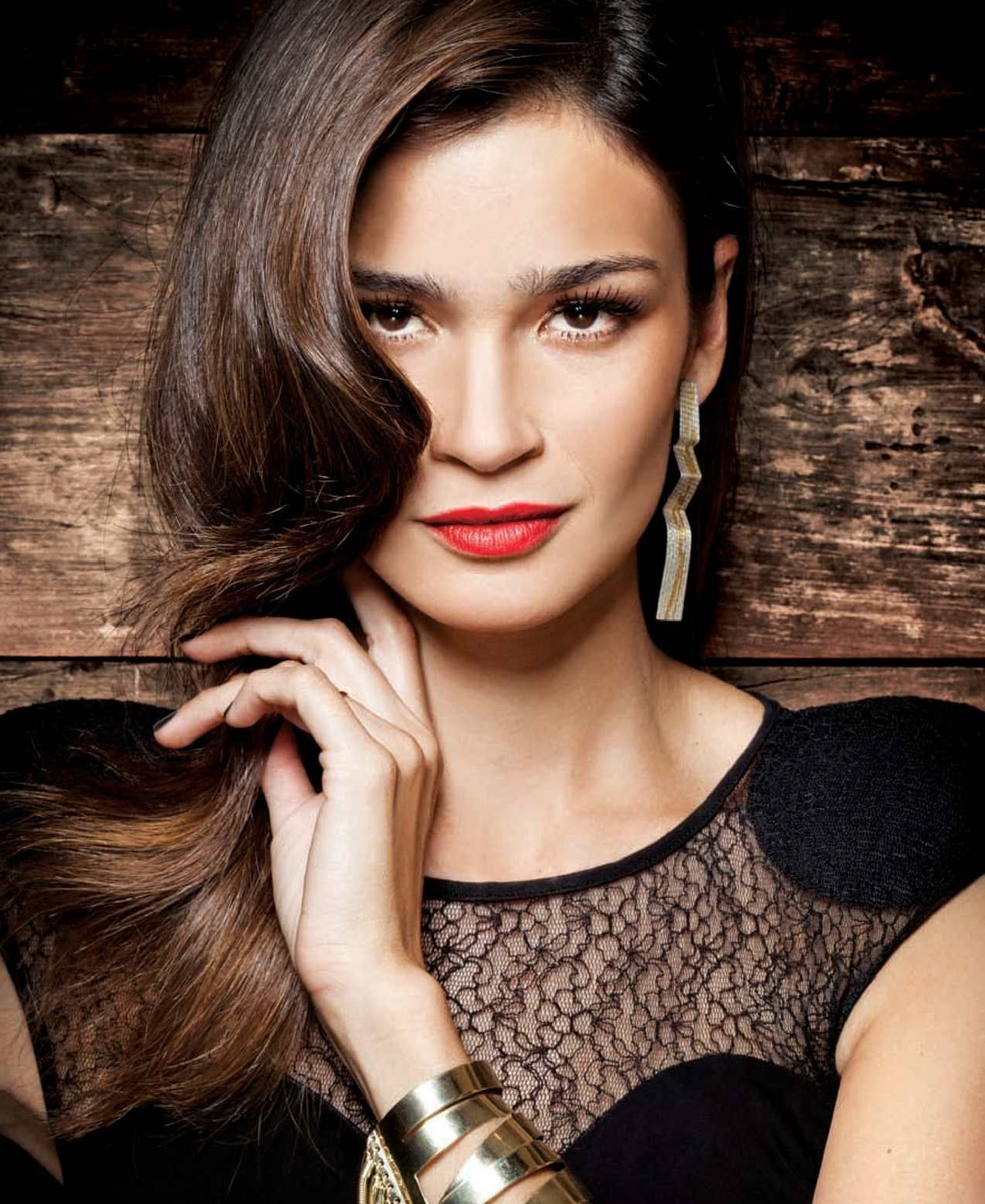 Caroline Ribeiro said “I think my face is different, it’s exotic — not like normal beauty. I don’t have what you would call perfect beauty… With a face like mine I can play around.”

Caroline Ribeiro was born on 20th September 1979 in Belém, Pará, Brazil. She is a Brazilian model. As a teenager, Ribeiro moved to São Paulo to begin modeling. She states of her own looks, “I think my face is different, it’s exotic – not like normal beauty. I don’t have what you would call perfect beauty… With a face like mine I can play around”.
Caroline is of Amerindian, Portuguese and African descent and draws attention for having an exotic biotype.

Ribeiro’s modeling career improved after she signed with the Marilyn Agency in Paris in 1999. She became the “favorite model” of Tom Ford and appeared prominently in multiple Gucci campaigns. She was also featured in campaigns for Chanel, Louis Vuitton, Oscar de la Renta, Valentino, and Yves Saint Laurent. Caroline also walked the runway for Victoria’s Secret along with fellow Brazilian models Gisele Bündchen, Adriana Lima, Fernanda Tavares, and Alessandra Ambrósio. Ribeiro also became a Revlon spokesmodel. She has appeared on the covers of Vogue Italia, French Vogue, and Harper’s Bazaar.

She married fellow Brazilian Paulo Rego, also a model, and they have one child together, Felipe.

She is the new face for Revlon, succeeding Cindy Crawford as its primary model for an estimated $6 million US a year. She has done provocative ads for Gucci and graced numerous magazine covers, including most international editions of Vogue. Her sex appeal can be easily seen via her long, silky legs, and the oft-quoted, overrated “exotic” factor.

With a birth certificate that says 1980, you’d think her career was just starting instead of being deemed “comprehensive.” But with covers on the Italian, American, and Japanese editions of Vogue; Harper’s Bazaar; Marie Claire; and Oyster magazine, she is far from a novice in the industry. 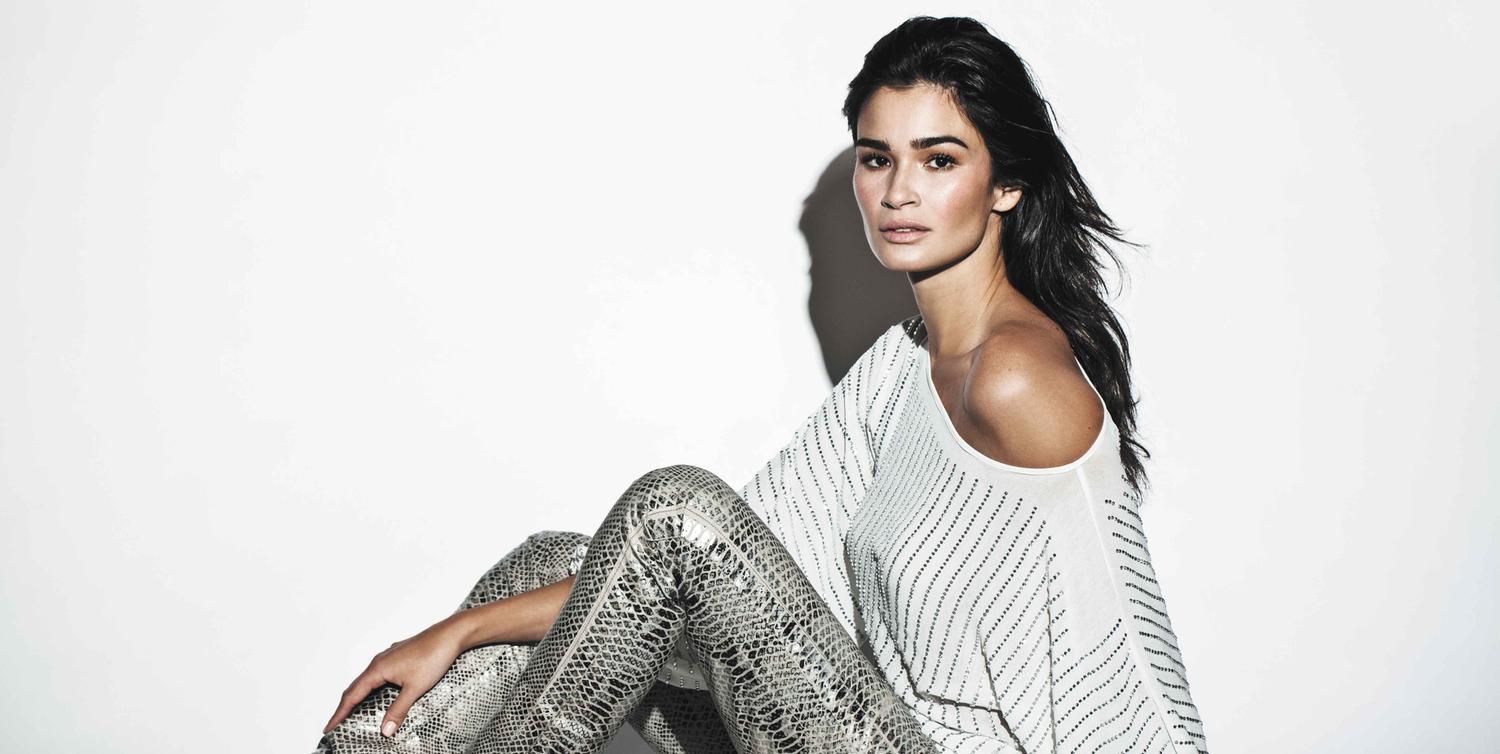 Although the holidays she spent with her family in Brazil are among her greatest memories, Caroline (pronounced Carol-ini) wanted to pursue a modeling career.

Caroline’s career started out in Sao Paulo, where she worked as a model for three years but did experience some obstacles along the way. Despite her exotic looks — that blends her Portuguese and Amazonian Indian heritage — agents complained about Caroline’s teeth and lack of curves. But that didn’t stop Caroline; she knew she had what it takes.

After some time in Paris, where she used a portfolio of her Polaroid shots to get gigs, she headed out to New York. She was finally signed by Marilyn Agency in June 1999. The agency, which also houses models Helena Christensen and Fernanda Tavares, saw the beauty in Caroline that Gucci’s Tom Ford had recognized a while back.

While agents were complaining about Caroline’s “flaws,” Tom Ford saw the statuesque stunner and hired her to appear in Gucci’s ad campaigns. Caroline has been proclaimed as Tom Ford’s (“America’s Best Designer” according to Time magazine) favorite model, and her work with Gucci eventually opened up doors to more fashion houses.

Today Caroline Ribeiro (she shortened her name so that it’s easier for everyone to pronounce) calls Chanel, Louis Vuitton and Valentino among the big-time fashion companies she models for, in print and runway shows. Caroline has also appeared in Italian and American Vogue (in photo spreads shot by Steven Meisel and Mario Testino), as well as the covers of Vogue and Harper’s Bazaar.

While Caroline has worked with the top designers and even appeared in the Victoria’s Secret fashion show in Cannes in 2000, she signed the contract to really cement her career as a supermodel in September 2001; she was chosen as Revlon’s newest spokesperson.

After Cindy Crawford stepped down as the face of Revlon in February 2001, the company wanted to find someone representative of this generation’s woman; a step away from the All-American girl, toward the mixed heritage, free-spirited woman. No one can argue that Caroline’s flawless and unique face, along with her vibrant personality, make her the perfect choice to add to Revlon’s roster of beauties, which includes Halle Berry, Rhea Durham and South African model Nicola Breytenbach.

With a $6 million contract and the title of the Revlon Girl — an honor that was considered for Gisele Bundchen and Luciana Curtis — it’s clear that Caroline is only going up the modeling ranks. When not promoting Revlon’s High Dimension Haircolor or striking a pose for Gucci, Caroline enjoys spending time with her boyfriend in her New York apartment, listening to bossa nova and Brazilian music.