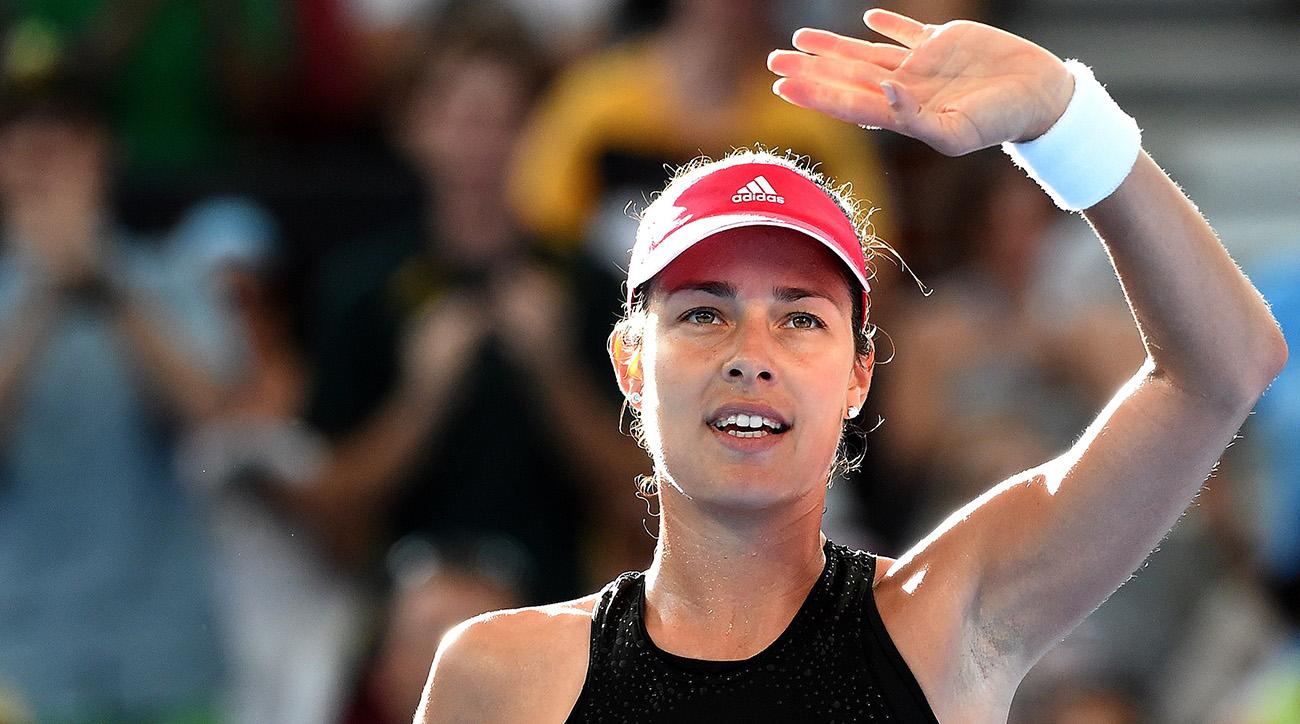 Ana Ivanovic: Ana Ivanovic was born on November 6, 1987.She is a former World No. 1 Serbian tennis player. As of December 3, 2012, she is ranked 13th on the Women’s Tennis Association (WTA) rankings. She beat Dinara Safina to win the 2008 French Open and was the runner-up in singles at the 2007 French Open and the 2008 Australian Open. Competing as a professional since 2003, she has won 11 WTA Tour singles titles, including one Grand Slam singles title. When on form, Ivanovic is known for her aggressive style of play. By reaching the quarter-finals of the 2012 US Open, Ivanovic not only ended a record 17 consecutive Grand Slams without a quarter-final appearance by a former Grand Slam champion but has also reached at least the quarter-final stage of each Grand Slam.As of 2012, Ivanovic has earned over 9.7 million US$ since turning pro in August 2003.

Ana Ivanovic was born in Belgrade, SFR Yugoslavia.Ivanovic’s mother Dragana, a lawyer, supports her daughter during most of her matches. Her father Miroslav, a self-employed businessman, attends as many events as he possibly can. Ana has a younger brother, Miloš, with whom she loves to play basketball.

Aside from her tennis career, Ivanovic also studies finance at a university in Belgrade and Spanish in her spare time.Her inspiration to begin playing was Monica Seles, who at that time played for Yugoslavia.On September 8, 2007, Ivanovic became a UNICEF National Ambassador for Serbia, alongside Aleksandar Đorđević, Jelena Janković and Emir Kusturica.

She takes a special interest in the fields of education and child protection. Ivanovic visited a primary school in Serbia during her inauguration and said that she is “also looking forward to going into the classroom and meeting many kids.”

Ivanovic picked up a racket at the age of five after watching Monica Seles, a fellow Yugoslav, on television.She started her career after memorizing the number of a local tennis clinic from an advertisement. At the time, she was forced to train during the morning to avoid bombardments. Later, she admitted that she trained in an abandoned swimming pool in the winter, as there were no other facilities. When she was 15, Ivanovic spent four hours in the locker room crying after a defeat – the first that her new manager had watched. She thought that Dan Holzmann, the manager in question, would drop her, thinking that she was not good enough to become a professional tennis player. He has stayed her manager to this day.

Ivanovic began her season at the 2012 Brisbane International where she was defeated in the second round by fifth seed Kim Clijsters in three sets, 1–6, 6–1, 3–6 despite leading 3–0 in the final set. Ivanovic’s next event was the Apia International Sydney but she lost in the first round to Lucie Šafářová in straight sets, 6–7, 2–6.

Ivanovic then headed over to the 2012 Australian Open where she was seeded 21st. She did not drop a set en route to the fourth round, defeating Lourdes Domínguez Lino, Michaella Krajicek and Vania King along the way. Ana lost in straight sets to World No. 2 and Wimbledon champion Petra Kvitová, 6–2, 7–6 in the fourth round. She cracked the Top 20 after her Round of 16 run.

Ivanovic’s next tournament was the 2012 Qatar Total Open. She fell in the second round to Petra Cetkovska in straight sets. Ana then went on unseeded in Dubai, where she upset Francesca Schiavone, and beat Maria Kirilenko, before falling to 3rd seed Caroline Wozniacki.

Ivanovic went over to the 2012 BNP Paribas Open as the 15th seed. She was able to make a run all the way to the semifinals, posting victories over Caroline Wozniacki and Marion Bartoli, who were both in the Top 7. She fell against Maria Sharapova, retiring after being down 4–6, 1–0 in the semifinals. This caused her to enter the Top 10 for the race to the 2012 WTA Tour Championships. She then headed over to Miami, for the 2012 Sony Ericsson Open as the 15th seed, where she made it to the Round of 16, beating Daniela Hantuchova and Vania King in straight sets en route, before eventually falling to seven-time grand slam champion Venus Williams, despite holding a one set lead. She still cracked the Top 15 for the first time since 2009 and became Serbian No.1 for the first time since 2008, this time placing 14th after Miami.

Ivanovic then headed to Moscow for the 2012 Fed Cup semifinals, where after losing to Svetlana Kuznetsova in three tight sets, recovered, and beat Anastasia Pavlyuchenkova 3–6, 6–0, 6–3 to put Serbia ahead, 2–1. Fellow countrywoman Jelena Jankovic then closed out the tie for Serbia (3–2), sending the country into the Fed Cup finals for the first time in history.

Ivanovic resumed tour action in Stuttgart, where she fell to Mona Barthel in two tight sets. She then headed over to the newly blue-clayed Madrid where she breezed past Mathilde Johansson, and Nadia Petrova, before falling in straights to then world no. 1 Victoria Azarenka, despite leading 4–1 in the first set. Ana then headed over to Rome for her last event before Roland Garros. Seeded 13th, she eased past Kuznetsova, and Soler Espinosa, before falling against then world no.2 Maria Sharapova in straight sets, despite serving for the first set, at 5–3.

Seeded 13th at Roland Garros, Ivanovic defeated Lara Arruabarrena Vecino and Shahar Peer in straight sets. before losing to 21st seed, and eventual finalist Sara Errani, 6–1, 5–7, 3–6 in the third round.

Ivanovic withdrew from the 2012 AEGON International in Eastbourne before the tournament began due to a hip injury. Seeded 14th at the 2012 Wimbledon Championships, she worked for victories over María José Martínez Sánchez 6–3, 3–6, 6–3 and Kateryna Bondarenko, 6–3, 7–6(3). Ana then beat 22nd seed Julia Goerges, 3–6, 6–3, 6–4 to reach the round of 16, her best result there since reaching the round of 16 in 2009. She then suffered her worst defeat in her entire playing career, losing to 2nd seed Victoria Azarenka 6–1, 6–0 in the fourth round; she won three games in each of her previous worst performances. Despite the loss, her run caused her ranking to rise at No.12 in the WTA rankings the following week.

She made her Olympics debut at the 2012 Summer Olympics in London, participating in both the Women’s Singles and Mixed Doubles with Nenad Zimonjić. Seeded 11th in singles, she defeated then world no. 26 Christina Mchale and local Elena Baltacha in straight sets, before falling to 4-time Grand Slam Champion Kim Clijsters in the Round of 16. She teamed up with Zimonjić for the mixed doubles competition, where they fell against India’s Mirza and Paes in the opening round.

At the US Open, Ivanovic defeated Ukranian Qualifier Elina Svitolina in the first round, 6–1, 6–2. In the second round, she defeated Sofia Arvidsson, 6–2, 6–2. For the second year straight, she played young American Sloane Stephens in the third round, but overcame her 6–7, 6–4, 6–2. She then beat Tsvetana Pironkova in the fourth round 6–0 6–4 to reach her first grand slam quarter-final since 2008 and her first ever US Open quarter-final. In the quartfinals Ivanovic was soundly defeated by Serena Williams 6–1 6–3.

Ivanovic has won the following awards: