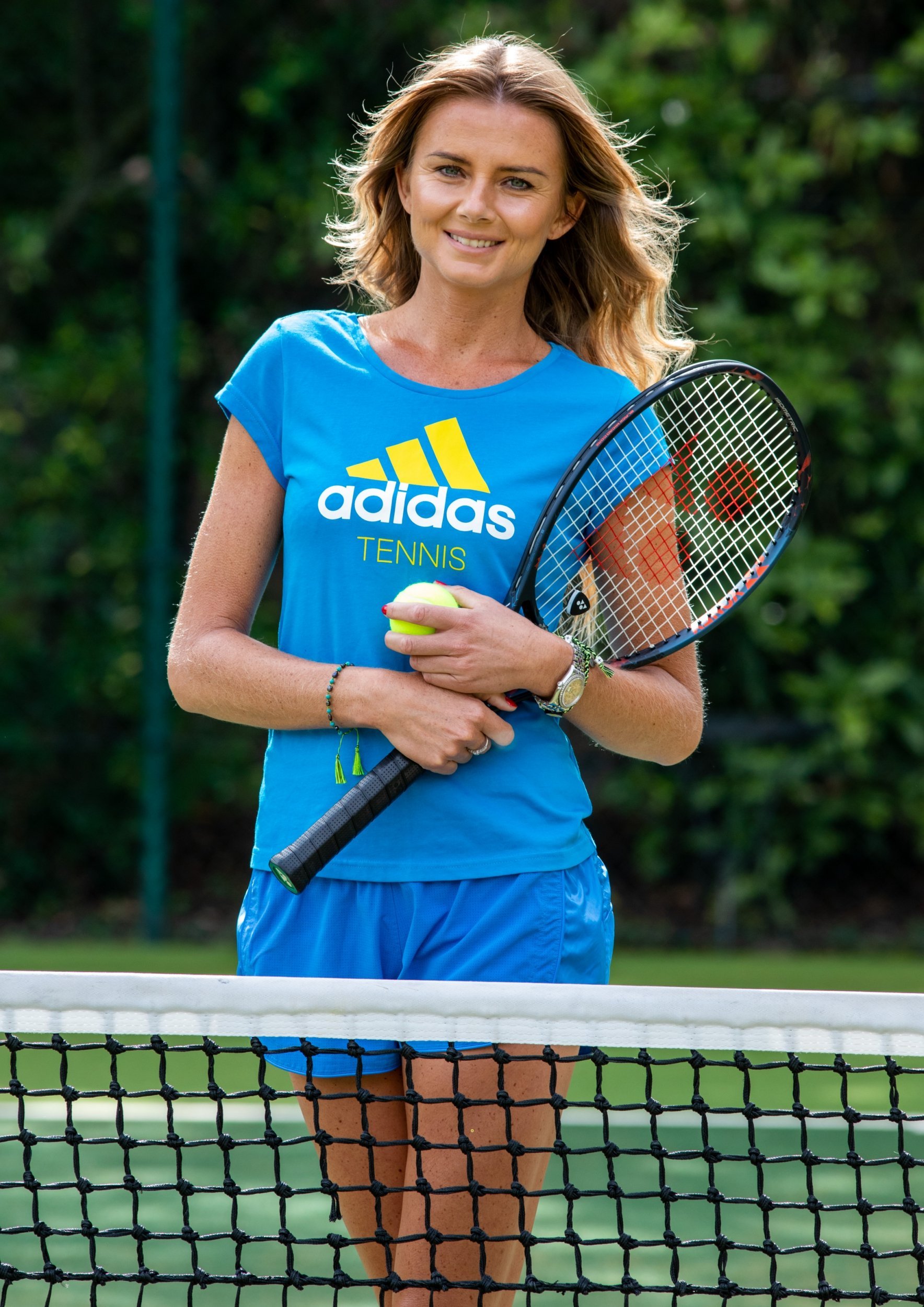 Daniela Hantuchova: Daniela Hantuchová is a Slovak professional tennis player. She is currently coached by Larri Passos. Her WTA Tour mentor in the “Partners for Success” program was Martina

Navrátilová, who was her doubles partner for a brief period in early 2005. As of November 26, 2012, Hantuchová is ranked World No. 32 in singles. She turned professional in 1999 and had her breakthrough year in 2002, when she won her first Tier I tournament and ended the year in the top 10.In 2005, she became the fifth female tennis player to win the mixed doubles title in all four Grand Slam tournaments during her career.

Hantuchová was born in Poprad, Czechoslovakia (now Slovakia) to father Igor, a computer scientist, and mother Marianna, a toxicologist. When her parents split up in 2003, Hantuchová’s performances temporarily worsened. At Wimbledon that year, she failed to convert several match points and was seen weeping on court. She also suffered from a weight problem during this period. She was suspected of being anorexic, but denied this.

Hantuchová speaks three languages (Slovak, English, and German), and was trained as a classical pianist. She is thought to be a perfectionist and puts a lot of pressure on herself during her training. She qualified for university in Slovakia but deferred it to pursue tennis.

She appeared in the 2009 Sports Illustrated Swimsuit Edition alongside Maria Kirilenko and Tatiana Golovin in a pictoral entitled Volley of the Dolls. In July 2012, Hantuchová appeared nude on the 2012 edition of ESPN: The Magazine’s “The Body Issue”. She appeared on one of six special edition covers.

Hantuchová started the year as the world no. 38, being known as a new up-and-coming player, in the Gold Coast, where she lost to world no. 7 Justine Henin in the second round in a three setter, 6–1, 0–6, 3–6. After reaching the round of 16, after qualifying, in Sydney, Hantuchová went on to play at the 2002 Australian Open, losing in the third round to second seed Venus Williams, 6–3, 0–6, 4–6.

After climbing the rankings to world no. 26, having competed in Paris and Antwerp (reaching the round of 16 in both), she went into the prestigious Indian Wells event, defeating Justine Henin in the fourth round, 6–3, 6–3, and Martina Hingis in the final, 6–3, 6–4. She was the lowest ranked player (seeded 18th) to ever win the Tier I event. In Miami and Amelia Island, Hantuchová went on to lose surprisingly in the second round. She then played in Charleston, only to be beaten again in the second round by 1995 Australian Open

and 2000 French Open Champion Mary Pierce, 3–6, 4–6, Pierce being ranked no. 232. Playing in the Fed Cup, she won one of her two singles rubbers against Switzerland. Also in the clay season, Hantuchová reached the quarterfinals in Hamburg and Berlin, losing to Martina Hingis in straight sets and Anna Smashnova, 6–1, 2–6, 3–6. Having entered the French Open as the 11th seed and world no. 13 and losing her previous match in Rome in the first round, she beat Cara Black (after losing to her in Miami earlier in the year), only to lose to former champion Monica Seles in straight sets in the fourth round.

Hantuchová progressed to the semifinals of Eastbourne, losing to Myskina. At Wimbledon, she beat no. 7 Jelena Dokić in the round of 16, only to be beaten by the eventual champion, Serena Williams.

Hantuchová began the year at the Brisbane International, where she reached her first final of the year, defeating Dominika Cibulková and Vania King, before receiving a walkover in the quarterfinals when Serena Williams pulled out of the event with an ankle sprain. In the semifinals, she lost the first set to Kim Clijsters, before the Belgian retired with a hip injury midway through the second. In the final, Hantuchová was easily defeated by Kaia Kanepi, 6–2, 6–1. In Sydney, Hantuchová upset Francesca Schiavone in the second round, before falling to second seed Petra Kvitova in the quarterfinals. Seeded No. 20 at the Australian Open in Melbourne, Australia, Hantuchová fell to eventual semifinalist and defending champion Kim Clijsters in straight sets in the third round.

Hantuchová then suffered relatively unsuccessful tournaments in Indian Wells and Miami. She fell in the second round after a bye to Czech Klára Zakopalová 3–6, 7–6(7), 3–6. In Miami, she defeated Kateryna Bondarenko in a third set tiebreaker, before falling to Ana Ivanovic 2–6, 6–7(2). At the Fed Cup against Spain, she lost to Silvia Soler Espinosa 6–7 (5), 4–6, before defeating Lourdes Domínguez Lino 0–6, 7–6(4), 6–4 to clinch the tie 3–2 for Slovakia.

Hantuchová lost her first round match at Wimbledon 2012 against Jamie Hampton, 4–6, 6–7.

Until the 2009 US Open, Hantuchová endorsed Nike sportswear and had her own line with them for her tournament wear, like players such as Maria Sharapova and Serena Williams. From the 2009 US Open onwards, Hantuchová began endorsing Adidas sportswear. As of Wimbledon 2010, she shares the same signature line as Ana Ivanovic. In 2006, Hantuchová also appeared on an advertisement for Sony Ericsson Cyber-shot phone with Ivanovic.

Hantuchová also has endorsed three racquet brands. She first endorsed Babolat from the time she was a junior until late 2003, then Yonex until the 2007 Toray Pan Pacific Open in Tokyo, when she started using the Prince Ozone Seven Racquets in the 2007 Barclays Dubai Tennis Championships. Photos were released from Prince giving the impression that Hantuchová, from the start of the 2011 season, will be using the Prince EXO3 Tour 100. However, she signed a deal with Volkl Tennis and is currently using the Volkl Power Bridge 9. This means that she has endorsed four brands of racquets so far in her career, more than most players. Starting with the 2011 Fed Cup, she began using the Prince EXO3 Tour Team 100, with which she won her fourth career title.