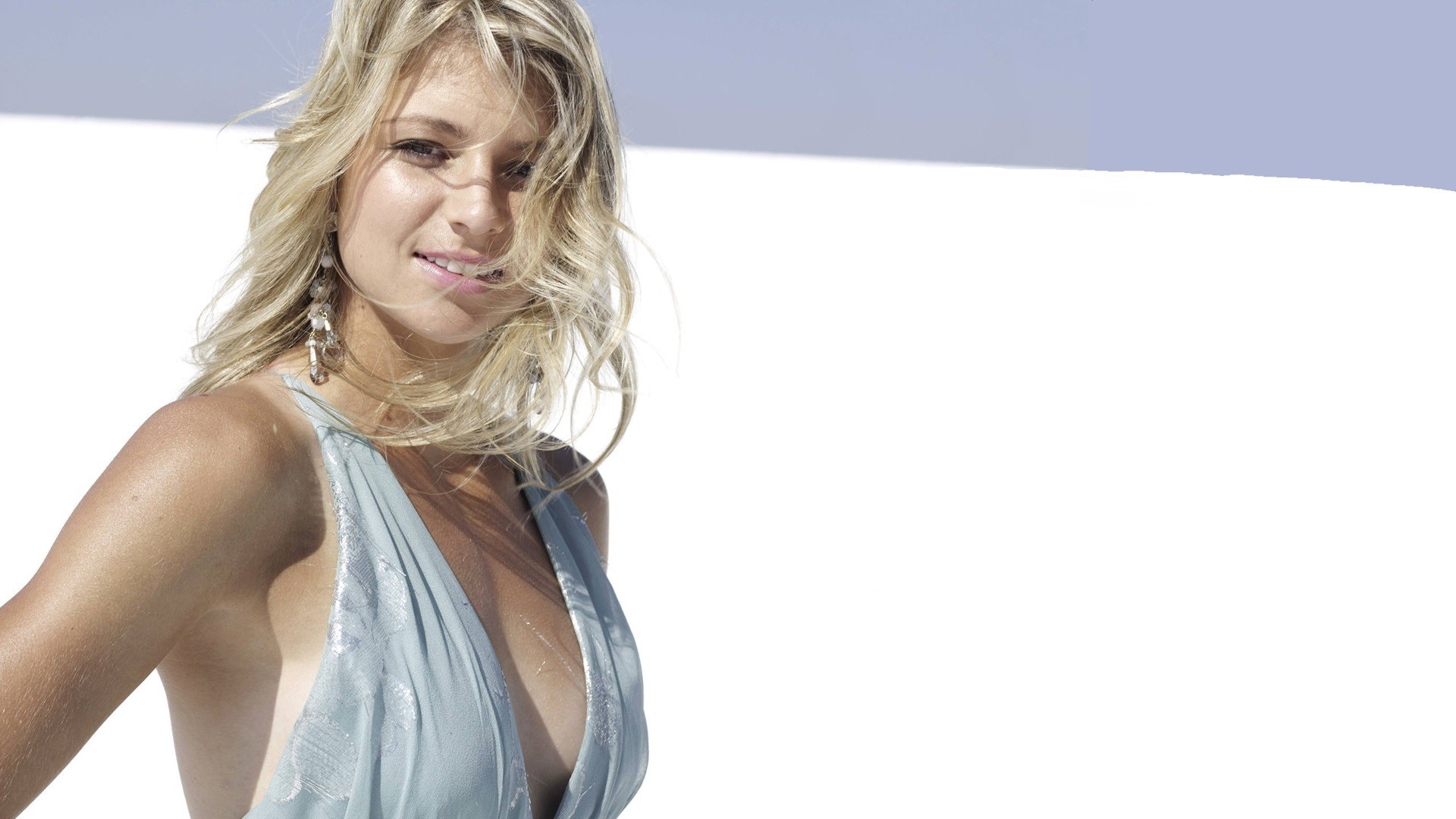 Maria Kirilenko: Maria Yuryevna Kirilenko was born on 25 January 1987.She is a Russian professional tennis player. Kirilenko won her first WTA Tour title in 2005, defeating Anna-Lena Grönefeld in the China Open. Kirilenko reached no. 12, her career-high singles ranking, on the WTA tour in August 2012. She won the 2002 US Open junior tournament. She has reached two Grand Slam singles quarterfinals, the 2010 Australian Open and 2012 Wimbledon. As of 3 December 2012, Kirilenko is ranked world no. 14.

Maria Kirilenko started showing a passion for tennis at age 5, but it was difficult to get practice in while still attending school. Her father enrolled her in a tennis school, and hours of training started to pay off as she won several tournaments.
When Kirilenko was 12 years old, an Honored Master of sports, Elena Brioukhovets, saw her while training. Brioukhovets watched Maria making progress and offered to work with her. A three-year program was set up, and a special team selected. In less than three years, Maria became no. 1 in her age group and no. 2 in the 18-and-under group. The well-known tennis-players who had created an organization supporting young tennis players included Yevgeny Kafelnikov, Andrei Olhovskiy, and Max Mirnyi.

In 2002, Kirilenko became one of the youngest winners of the Canadian Open and US Open junior tournaments.

She competed at the Hong Kong Tennis Classic and won the Gold Group Championship with her compatriots Vera Zvonareva and Yevgeny Kafelnikov. At the Australian Open, she failed to defend her quarterfinal points by being knocked out in the second round. However, in the doubles competition, she reached the final, partnered with Victoria Azarenka, but lost to Pennetta and Dulko. She then fell early in the 2011 PTT Pattaya Open and 2011 Dubai Tennis Championships. She then reached the third round of both 2011 BNP Paribas Open and 2011 Sony Ericsson Open losing to Agnieszka Radwańska in both occasions. She then suffered three loses in a row in the second round of 2011 Family Circle Cup, and the first rounds of 2011 Mutua Madrid Open and 2011 Internazionali BNL d’Italia. However, she won doubles at the Mutua Madrid Open with Victoria Azarenka. At the 2011 French Open, she reached the fourth round losing to Andrea Petkovic 6–2, 2–6, 6–4 She then fell in the first round of 2011 UNICEF Open to Kimiko Date-Krumm, However she rebounded by reaching the third round of the 2011 Wimbledon, evenutally being stopped by the seventh seeded Serena Williams. She then failed to win back-to-back matches falling in the second rounds of 2011 Bank of the West Classic, 2011 Mercury Insurance Open, first round of 2011 Rogers Cup, and the second rounds of 2011 Western & Southern Open and 2011 Bank of the West Classic. She then rebounded at the 2011 US Open falling to eventual champion Samantha Stosur 6–2, 6–7(15), 6–3 in the fourth round.

She then reached her first semifinal of the year at the 2011 Guangzhou International Women’s Open to Chanelle Scheepers 7–5, 5–7, 6–4. She then played at the 2011 Toray Pan Pacific Open and the 2011 China Open, where she defeated Samantha Stosur in three sets in both occasions in the second round, she also fell in the quarterfinals on both events losing to Vera Zvonareva and Monica Niculescu, respectively. She the played her last tournament of the year at the 2011 BGL Luxembourg Open, where she had to withdrew in the second round due to an ankle injury.

Kirilenko began her 2012 season in Sydney where she didn’t reach the main draw after losing against Sofia Arvidsson in the second round of qualifications. After that she reached the third round of the Australian Open by defeating Gajdosiva in the first and Wozniak in the second. Then Kvitova stopped her run with a 6–0 1–0 ret’. Later in the year she reached the final of Pattaya Open and then lost to Hantuchova. After second round losses in both 2012 Dubai Tennis Championships and Doha, she reached the quarter finals of Indian Wells as the 20th seed, losing to Maria Sharapova 3–6, 7–5, 6–2. She then went on to the round of 16 of Miami as the 22nd seed losing to Marion Bartoli 6–1, 6–2.

She then continued her year from Estoril to ‘S-Hertogenbosch with a losing record of 3–6. She then played the 2012 Wimbledon Championships as the 17th seed, where she had sudden success reaching the round of 16 for the first time with easy wins over Alexandra Cadantu, Lourdes Dominguez Lino and Sorana Cîrstea. She had officially reached the second week of all 4 majors. She then defeated Peng Shuai 6–1, 6–7(8), 6–3 to reach her second grand slam quarter final and her first at Wimbledon. After almost 3 hours of play, 3 rain delays and switching courts – she eventually lost in a very close and tough quarter final to the Polish #3 seed Agnieska Radwanska 7–5, 4–6. 7–5.

In 2006, Kirilenko was selected to be the face of Adidas by Stella McCartney tennis range, designed by noted British fashion designer Stella McCartney and has played exclusively in the gear since the 2006 Australian Open. In 2009, she was replaced by Caroline Wozniacki since the 2009 US Open.

Like her good friend Maria Sharapova, she likes connecting athletics and fashion, and when she spoke to Teen Vogue in August 2006, she said of being dressed by McCartney for a banquet, “I felt so glamorous!” She appeared in the 2009 Sports Illustrated Swimsuit Edition alongside Daniela Hantuchová and Tatiana Golovin in a pictoral entitled Volley of the Dolls.