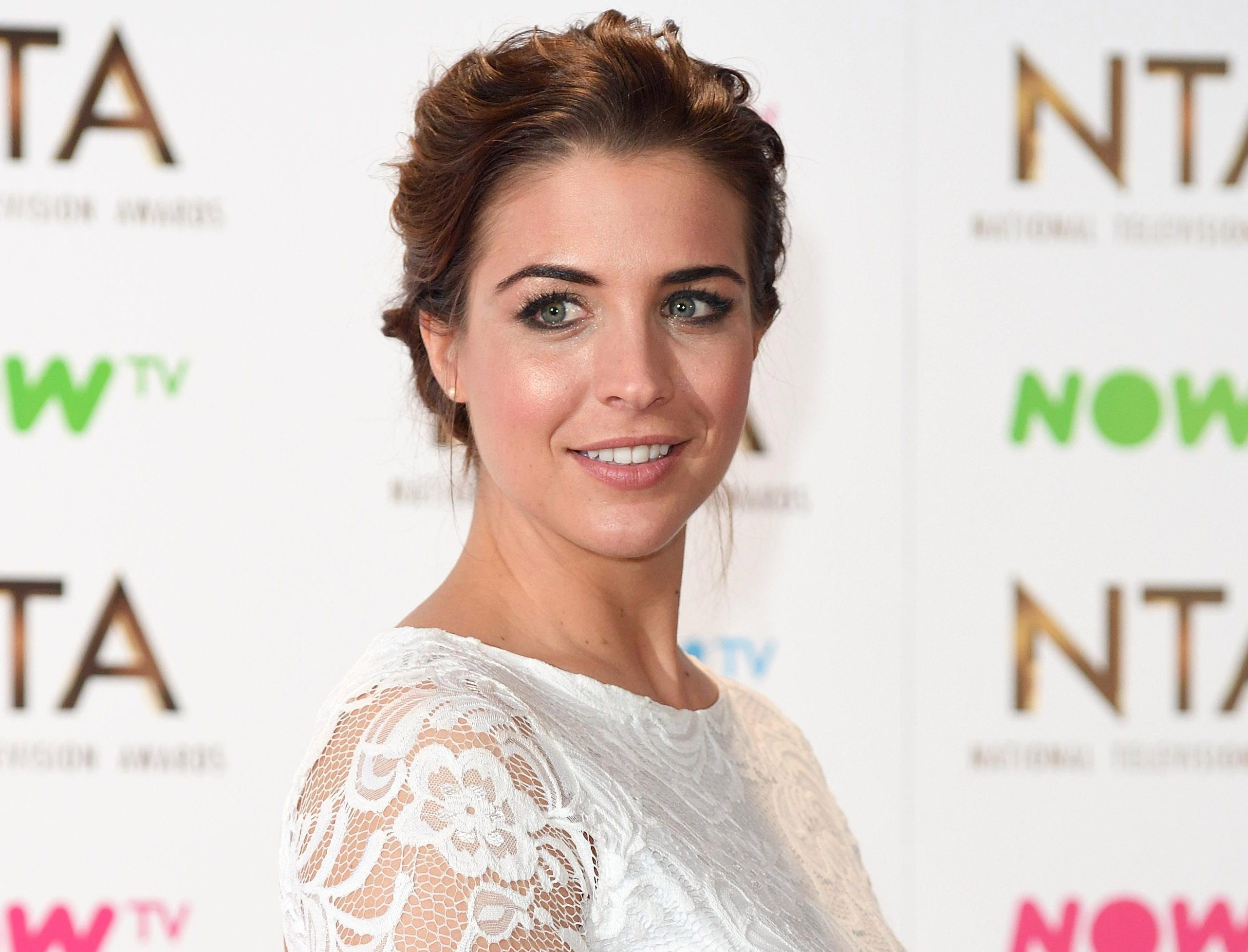 Gemma Louise Atkinson is an English actress, television personality and glamour and lingerie model. She is best known for playing Lisa Hunter on Hollyoaks and on three spin-off series, Hollyoaks: After Hours, Hollyoaks: Let Loose and Hollyoaks: In the City; for starring on Soapstar Superstar and I’m a Celebrity, Get Me Out of Here!; and for playing Tamzin Bayle on Casualty and Carly Hope on Emmerdale. She had a small part in waterloo road in series 7-episode 2.

Since launching her parallel career as a glamour model, Atkinson has appeared in provocative photoshoots in lingerie and swimwear, for men’s magazines such as Arena, FHM, Loaded, Maxim, Zoo and Nuts. In October 2006, she appeared in three of the aforementioned magazines in one month, becoming one of the most prolific celebrity glamour models in the UK. She has also released calendars yearly since 2006, with the 2008 and 2009 being shot in Thailand.

My routine consists of four weight training days a week and two HIIT and core days a week. I only do an hour at a time as, done correctly, you don’t really need more than that. I have to work extra hard on my legs as that’s where I carry any additional weight. In fact my nickname at school with friends was thunder thighs!

I don’t diet as such. I believe in everything in moderation. I have certain times like when I’m preparing for a shoot that I’ll cut certain foods out for a short period but I never like to deprive myself. I don’t eat red meat, in fact fish and chicken are the only meat I do eat and I sometimes struggle with that. I’m a huge animal lover so it’s hard as I need the protein to assist with my training but I try to get a lot from my whey protein as well. I just make sensible choices with food. I try to make my plate colourful and I avoid processed junk. I actually feel hung-over if I eat badly now.

I drink three litres of water a day and I don’t wear any makeup unless at work or an event etc. as I like to let my skin breath. I’m not into buying expensive creams as ultimately it’s what’s going on inside your body that determines how you look on the outside.

I know people paying a fortune on spot cream but who are eating silly amounts of sugar daily, it’s crazy. Quit the sugar and your skin will quit producing spots! I eat lots of vegetables and green salads ensuring I get my vitamins and minerals. I also put Vaseline around my eyes at night to soak in so they feel smooth in the morning. My mum has amazing skin and everyone says so, hopefully I’ve inherited that gene. I try to let my hair dry naturally when I can to as opposed to putting heat on it from the dryer.