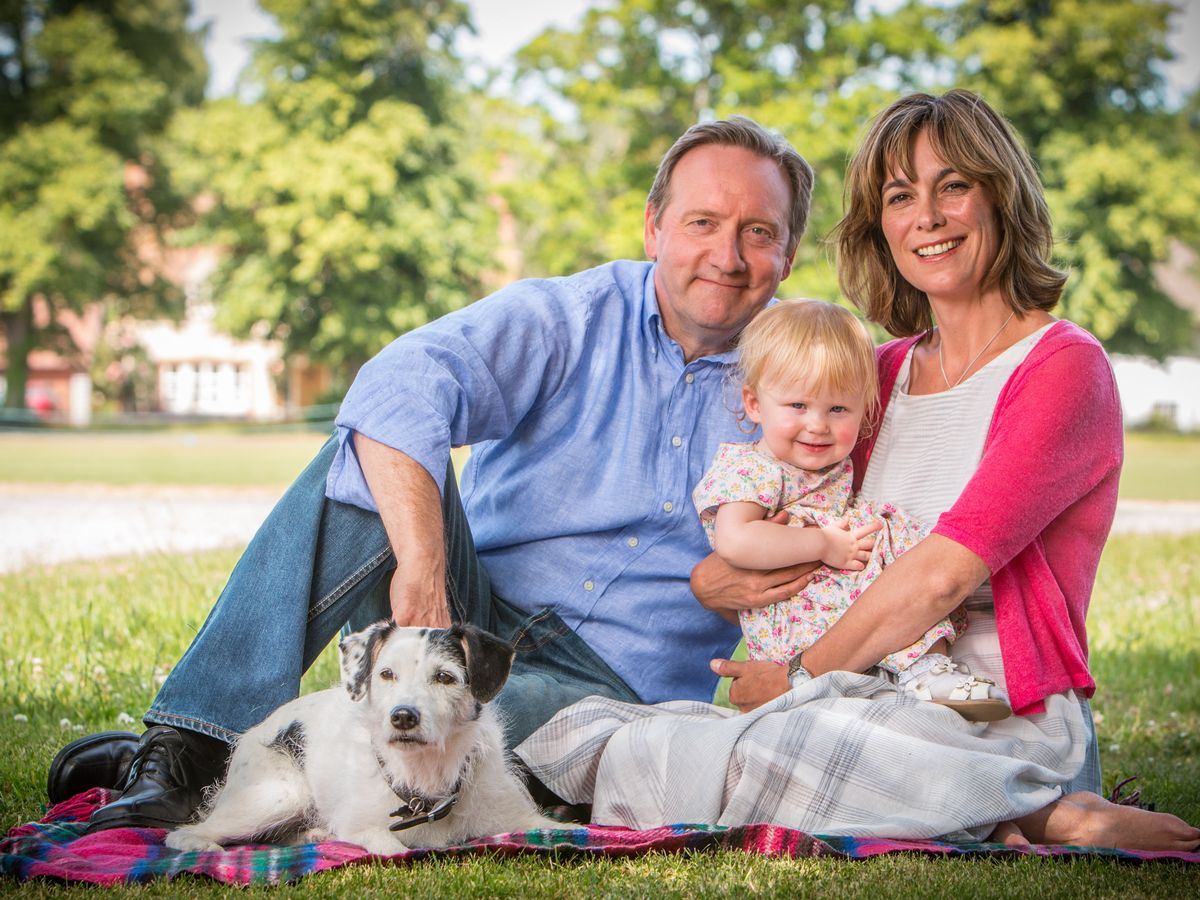 Fiona Dolman is used to being involved in relatively dramatic plotlines playing a headmistress in Midsomer Murders. But it seems Fiona Dolman’s personal life is equally as intriguing as she has revealed she is now pregnant after a brief relationship with a younger lover. The 43-year-old’s news comes after she secretly split from her husband of 13 years Martin James Curry and in an interview with Hello! Magazine, she reveals she plans to raise the baby alone.

The former Heartbeat star said she had feared she would miss out on motherhood after her 13-year marriage ended. In an interview with the magazine, she said the pregnancy was unplanned and admitted the prospect of being a single parent was ‘daunting’. But after suffering several miscarriages the actress said her unexpected pregnancy was a ‘gift’.

‘It’s obviously quite daunting to start this journey unplanned and on your own,’ she said. ‘Separating from my husband, I felt the chance of being a mum had kind of gone. It’s a terrible grief when you think that something that you so wanted to happen never will for you. ‘Then this happens and, yes, it’s not perfect, but you can’t treat it as anything other than a gift. It feels like fate – I’m lucky, so, so lucky.’

Fiona said she had split from her husband, who is an assistant director, in 2011 but had only told close family and friends about the separation. The pair worked together on the ITV1 drama Heartbeat and Miss Dolman had previously spoken about her desire to have children, but she suffered a series of miscarriages. She did not name the father of her unborn baby, but the pair were understood to have had a short relationship before she learned she was pregnant.

The actress said she had previously lost hope of becoming a mother as she was already 42 when her marriage ended. She said: ‘At 42 it was something I’d given up on, really – with our marriage ending I wouldn’t have planned on having a child. ‘You do the calculations and think: “Right, well, that’s an avenue that’s kind of closed for me and that’s OK.” Then life had a different plan.’

Miss Dolman, the Scottish-born daughter of a retired RAF pilot and a former model, joined the cast of Midsomer Murders in 2011. She had previously played solicitor Jackie Bradley in the Sixties police drama Heartbeat, where her former husband Mr Curry was an assistant director. An audience of 15million watched as she married screen husband PC Mike Bradley, played by Jason Durr in the Yorkshire-based show. Speaking about the end of her real-life marriage, Miss Dolman said: ‘We’d known each other for 15 years and [were] married for 13 of those. ‘There was no nastiness, just the realisation that you want something to work but it just doesn’t and it’s run its course – and that’s terribly sad.’