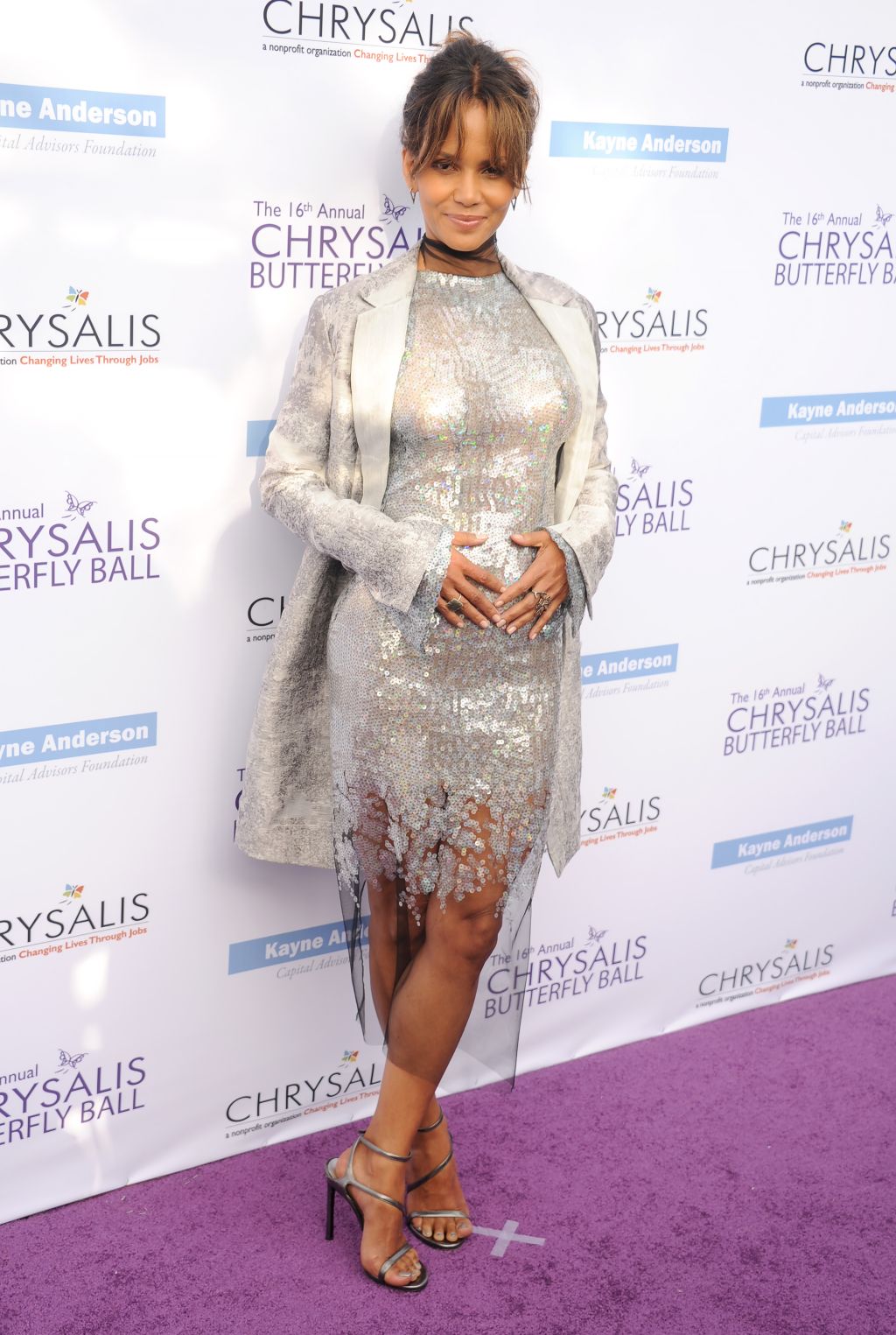 Halle Berry is currently four months pregnant with her second child. And Halle Berry flaunted her growing bump and bosom in a purple-ombré halter maxi-dress for Mother’s Day lunch at Riva Bella in West Hollywood. The 46-year-old Oscar winner, who’s due in the fall, was joined by her fiancé Olivier Martinez and five-year-old daughter Nahla.

The happy trio all dressed lightly for the 83-degree weather as they headed inside the restaurant. The glowing mother-to-be accessorised her snug maternity wear with sunglasses, flip-flops, and various beaded necklaces nestled between her substantial cleavage. Shy Nahla wore her hair in pigtails and rocked a colourful-striped tank dress with ultra-cute T-strap sandals. Meanwhile her 47-year-old fiancé of three years looked ruggedly handsome in his red plaid shirt and loose blue jeans.

What I love about Mother’s Day is Mom doesn’t have to plan it,’ Halle told reporters before hosting the 20th Annual EIF Revlon Run/Walk For Women on Saturday. ‘My family gets together and they get to plan the day for me, and I love that. I’m the planner and I’m the one that organizes. And on Mother’s Day I get to just be taken care of.’
Berry is not aware of whether Nahla will be having a little sister or brother. ‘We don’t know what we’re having,’ the Cloud Atlas actress teased. ‘We’re having a baby, that’s for sure.’ 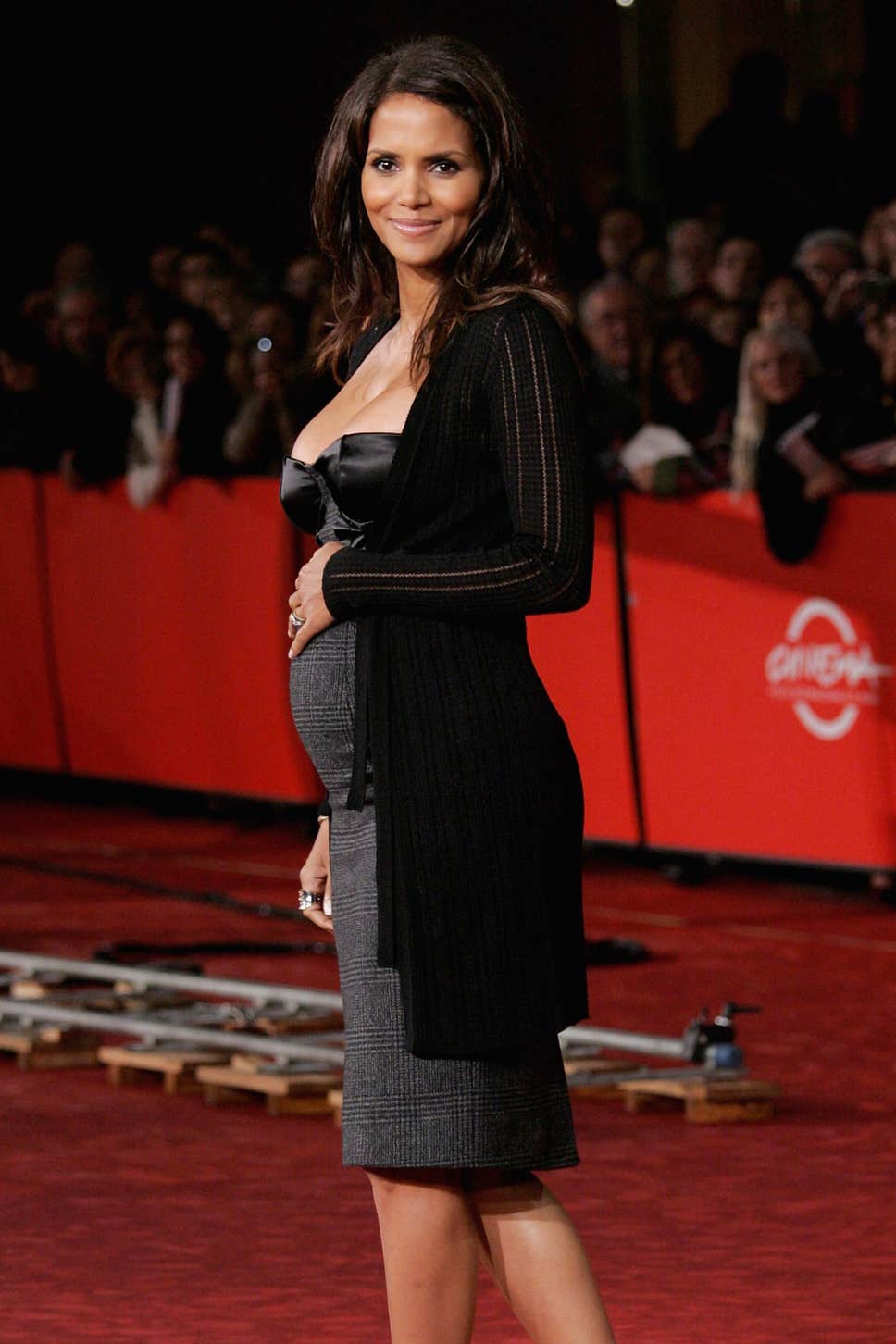 The Revlon spokeswoman looked sporty in figure-hugging black exercise pants, a white T-shirt and a Revlon tracksuit top as she posed at the event, which was held at the Los Angeles Memorial Coliseum at Exposition Park. Not seen was Sunday was Nahla’s birth father – Halle’s ex-partner Gabriel Aubry. She and the French-Canadian model came to a custody agreement last November preventing her move to France. Her Frenchman beau Olivier has been hard at work on two period films – the romantic drama Deauville with Isabella Rossellini and the adventure drama The Physician with Ben Kingsley.

The Monster’s Ball star can currently can be seen in the Brad Anderson thriller, The Call alongside Abigail Breslin, which hit theatres in March. Berry’s next project will be the highly-anticipated sequel X-Men: Days of Future Past. Oscar winner Jennifer Lawrence, Oscar winner Anna Paquin, Peter Dinklage, Michael Fassbender, and Hugh Jackman also star in the flick due out July 18 of next year.