According to a study by Osterberg, K. L. & Melby, C. L., 2000. (Effect of acute resistance exercise on postexercise oxygen consumption and resting metabolic rate in young women. International Journal of Sport Nutrition and Exercise Metabolism, 10 (1), 71-81.)  EPOC was found elevated by 13% higher than pre-exercise baseline oxygen consumption (VO2) throughout the three-hour post-exercise measurement phase and was measured every 30 minutes.

Seven females, with an average age of 27 years, height of 66 inches, weight of 141.5 pounds and body fat of 18.3 percent, participated in this research study. Subjects were required to maintain body-weight stability, defined as no gain or loss of weight greater than 2 kilograms (4.4 pounds) in the last six months. All subjects’ meals were standardized prior to and during the exercise intervention.

The exercise program consisted of five sets of 10 different exercises. The exercises were performed in agonist/antagonist pairs (push/pull sequence), with 10 to 15 repetitions per set. Opposing muscle groups were paired together to avoid premature failure due to muscular fatigue, and the last two sets of each exercise were performed to failure. The exercise groupings consisted of bench press and bent-over row; leg extension and leg curl; military press and sit-ups; biceps curl and triceps extension and lunges and lateral raises. The subjects were given a four-minute time period to perform the exercise pairs and could rest for the remainder of the time if they finished before the four minutes expired. The subjects’ average RMR was 4.2 percent higher 16 hours following exercise, when compared to the pre-workout RMR. It was concluded that intense resistance training produces modest, but prolonged elevation of post-exercise metabolic rate in women.

Excess Post-Exercise Oxygen Consumption (EPOC) or “exercise afterburn.” is a measure of increased oxygen consumption after exercise or strenuous activity.For a person on a 2000 calorie diet, a 5 percent increase in VO2 over 24 hours would result in an extra 25 calories being burned as a result of the EPOC effect.

One of the reasons for this occurrence is that after exercise your body is restoring its depleted glycogen (carbohydrate) reserves, therefore, it turns to fat for its primary fuel source! In addition, lactate, molecule  produced during more intense exercise, is converted to pyruvate for fuel utilization. The body begin work on restoration of the muscle glycogen (a stored form of glucose) that has been used during the exercise bout.

During EPOC, the body forced to expend energy to return to the normal core body temperature, thus more molecular utilization. Re oxygenation of blood is carried out post workout previously used to  break down food substrates for energy

After exercise the body is made to:

All of these processes require the consumption of additional oxygen, as well as energy, after exercise. A fact that stands true is that, by maximizing the amount of oxygen you can burn more calories. Even though the amount of energy expenditure post-exercise is small, it could be argued that small increases over an extended period of time can amount to significant calories burned. Adherence to exercise, both aerobic as well as strength training, supported with prolonged EPOC can help one achieve long lasting fat loss.


A single 20-minute strength-training workout burns as many calories as 25 miles of running.

Tips to maximize your EPOC:

Interval Training – shake up your workout by throwing in some high intensity intervals. Not only will they help you burn more calories while you are performing them, they can also crank up your EPOC levels, not to mention making squats a little bit less boring.

Lift Heavy – Begin lifting some real iron. Choose weights that make it a challenge (but not impossible) to complete 8-10 reps. Some studies have shown that heavy resistance training can have an even greater overall effect on EPOC than aerobic or cardiovascular exercise.

Reduce Your Resting time – Another simple yet highly effective way to increase your EPOC is to reduce your rest intervals in between sets while working out. Instead of taking 1-2 mins between sets cut it down to 45 seconds, and use a timer to keep you on track. Shorter rest basically gives you less time for recovery thus requiring more time after the workout to replenish the overall oxygen consumed during the workout.

Force your body to work harder. 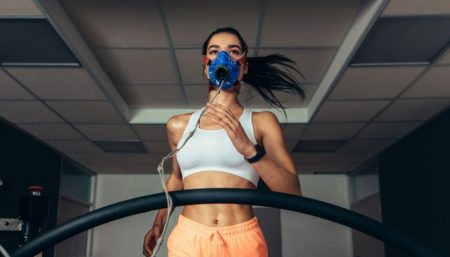 VO2 max: a measure of aerobic fitness
Fitness For Models 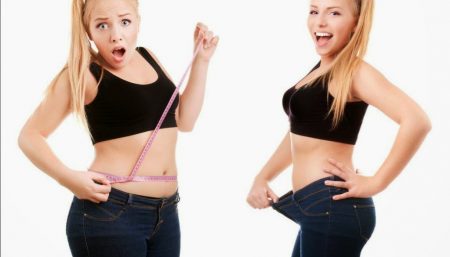 The Secret To Losing Fat?- Crank Up The intensity
Weight Loss 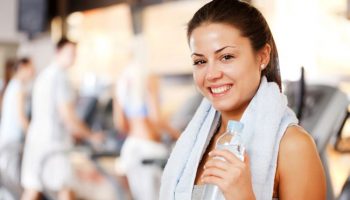 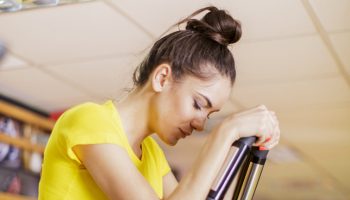 Top 10 Ways To Check, If You Are Pushing Too Hard!