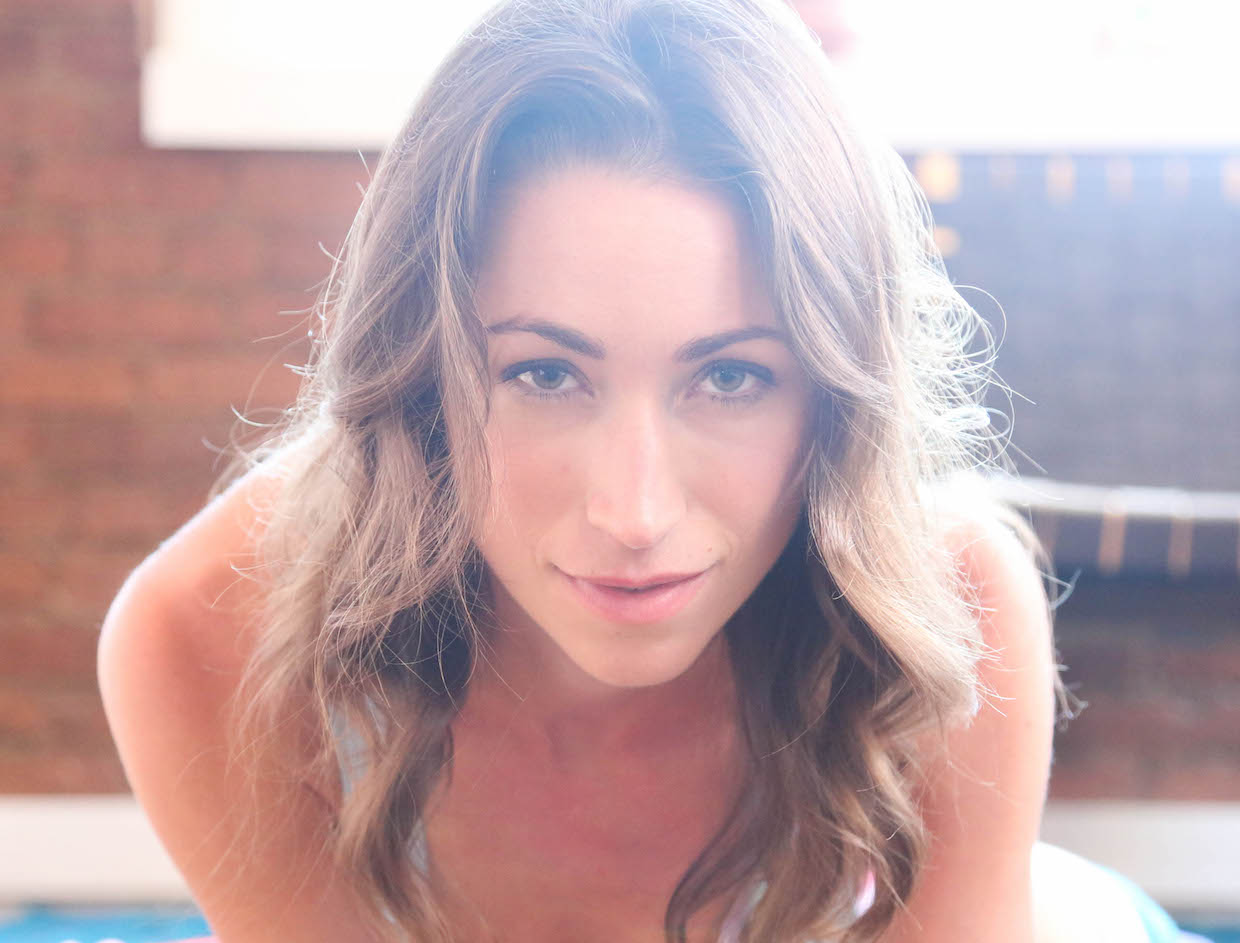 Tara Stiles: Tara Leann Stiles was born on 6th May 1981. She is an American model turned yoga instructor and founder of Strala Yoga in New York City. She starred in Yoga For, the first instructional on-line yoga video series, produced by Ford Models. Vanity Fair reported on a yoga video that Stiles specifically designed for Sarah Palin; the Vanity Fair reporter commented that “Tara Stiles has got to be the coolest yoga instructor ever.” Stiles is also the personal yoga instructor to Deepak Chopra, with whom she collaborated to create Authentic Yoga for the iPhone.

After graduation she studied dance in Chicago, where one of her ballet instructors introduced her to yoga. A local photographer brought her to Marie Anderson Boyd, founder of Aria Models in Chicago, later acquired by Ford Models, who signed her on the spot. Boyd booked Stiles’ first casting, an ad campaign for Coca-Cola, and She moved to New York City soon after. She eventually realized that modeling was not what she was truly interested in. When Ford asked her to start making short promotional yoga videos for the agency and post them to YouTube, it was the beginning of her current career. She took a 200-hour course to become a certified instructor, and continues to make the videos, which have drawn over four million views.

Stiles was one of the first yoga instructors to use social media to attract students. The YouTube videos led a DVD with fellow model Brooklyn Decker as well as one of her own, Yoga Anywhere: The New York Session. After leaving Ford and modeling in 2007, she blogged for Women’s Health and The Huffington Post .

A 2009 post at HuffPo entitled “Help! I’m Addicted to FaceBook”, has received 1.2 million hits, making it one of the most-viewed blogs on the site. Stiles’s first book, Slim Calm Sexy, published by Rodale, rose to the #1 spot on Amazon.com and best-selling status the first week it was released, August 31, 2010.

Stiles has been featured in pictorials for W, Shape Magazine, Self, Marie Claire, Fitness, and appeared on the covers of City, Time Out, and Fit Yoga. Stiles appeared in ads for Nike, Adidas, Reebok, Target Corporation, Gap and American Apparel, as well as numerous TV commercials for the Chrysler PT Cruiser and Avon. Stiles’ health and yoga related work has been featured in such magazines as Esquire, Mens Health, Ascent, and Yoga Journal.

Stiles has been the Face of Women’s Health, a Rodale, Inc. publication, since April 2009. Stiles is also a spokesperson for Nissan Motors, along with Ryan Hall and Lance Armstrong.

In 2008 Stiles met her husband, Michael Taylor, at the Ananda Ashram in Monroe, New York. “He was normal, he’s straight, he does yoga … I’m done for”, she joked. After a civil ceremony in New York, they honeymooned in Negril, Jamaica. 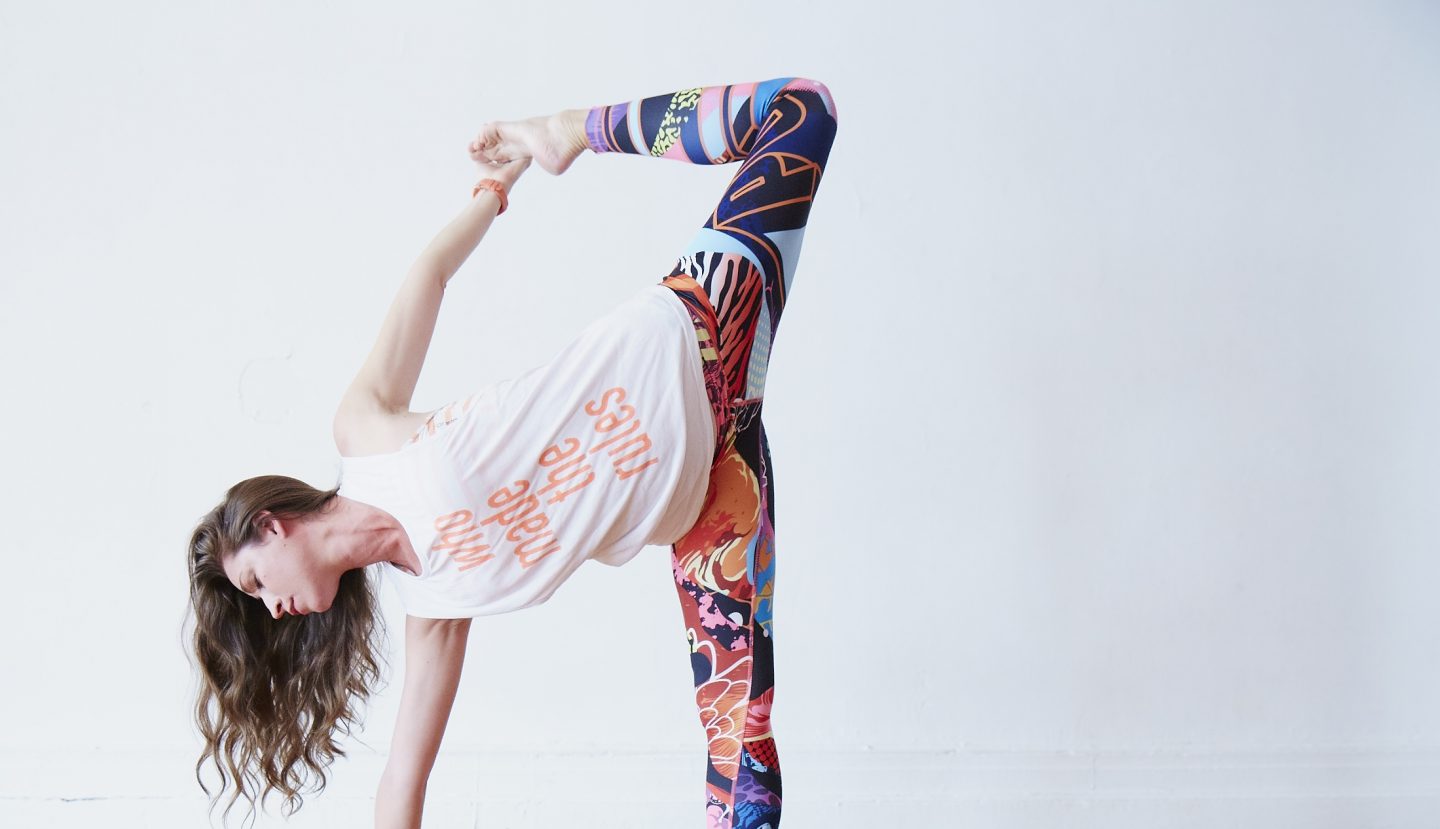 The couple founded the New York City yoga studio Strala later that year. They made up the name, which is Swedish for “radiates light”. In addition to continuing to make her videos and other media appearances, she currently teaches a quarter of the classes and oversees 13 other instructors at the 3,500 square feet (330 m2) studio, which has become profitable enough for her to consider opening a branch. Deepak Chopra and Jane Fonda are among her students; the former considers her his personal instructor. “I have been doing yoga for 30 years,” he says. “I have had teachers of all kinds. Taking lessons from her has been more useful to me than taking yoga from anyone else.”

Stiles does not follow any school of yoga or instructor and focuses purely on its physical aspects and health benefits, with no philosophical or spiritual dimension. She eschews the Sanskrit names for yoga positions and does not ask students to chant. She hires instructors without regard to the certification process normally required elsewhere, preferring to assess them by watching them teach, although Strala does offer a teacher-training program. Strala’s per-class fee, $10, is lower than other Manhattan yoga studios.

Her goal is to make yoga more accessible. “People need yoga, not another religious leader. Quite often in New York, they want to be religious leaders, and it’s not useful”, she explains. “I was never invited to the party anyway—so I started my own party”. Too many people outside yoga, she believes, see it as “something Jennifer Aniston does”. Fonda has praised “her ability to make yoga accessible to people who might be scared of it or think it might be too esoteric”. Stiles says she receives letters regularly from people, such as military men, who do her videos but are afraid to go to a yoga studio. “This studio is the first place I have felt comfortable”, one Strala student told The New York Times. “It doesn’t feel like it’s all 26-year-old former dancers.”

Stiles’ approach to yoga has met with some controversy in the yoga community. Jennilyn Carson of the popular YogaDork blog reports that some practitioners consider it “disrespect to what the practice is” for Stiles to promote it as a weight-loss method. “I don’t care what Tara Stiles says yoga is,” another yogini says. “It’s not about making your body beautiful.” Yoga traditionalists have also complained about her willingness to draw on her modeling background and exploit sex appeal in yoga-wear advertisements and her videos, some of which she has appeared in wearing short shorts and a tank top. “Who made these rules?”, Stiles has responded. “I feel like I’m standing up for yoga.” To critics of her videos and photo shoots, she says, “We should not be hiding behind our bodies.They should be empowering.”
Stiles was a contestant and winner of MTV’s Fear episode 9, “Fort Gains”. She has also appeared in Matthew Barney’s The Cremaster Cycle: Cremester 3. She co-hosted three segments on fitness and fashion with Pedro Andrade, Siafa Lewis, and Margherita Missoni.

Her official site is located at: http://tarastiles.com/