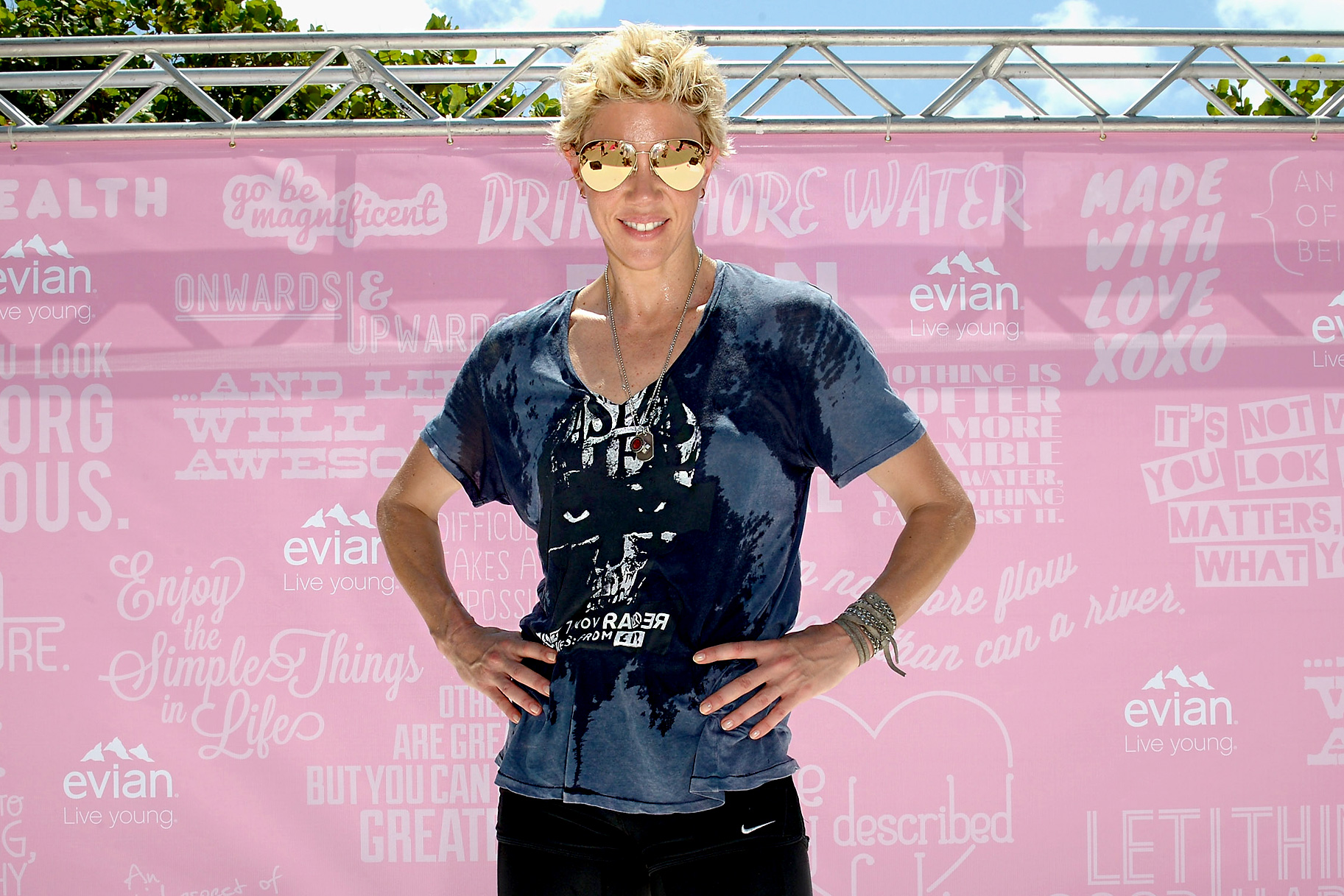 Jackie Warner: Jackie Warner was born on 17th August 1968 in Fairborn, Ohio. She is an American fitness trainer best known for her participation in Work Out, a Bravo TV reality show. She owns Sky Sport and Spa, a gym and spa in Beverly Hills, California.

Warner moved to California at the age of 18. She has worked as a model, actor, and a script coordinator for Warner Brothers, eventually writing and selling her own scripts. Warner is currently a professional personal trainer.

Athletic from an early age, Warner played inter-collegiate soccer and softball, and has been a lifelong equestrian competitor.

Warner is a lesbian and her show has chronicled her relationships with four different women. After her last relationship with Brianna deteriorated, Warner stated on the show that she wouldn’t be dating women so much younger than herself anymore. On the show, she regularly sees a therapist to discuss relationship and other problems. In an earlier season of the show, Warner made a pilgrimage back to her hometown in Ohio and visited her father’s grave. She revealed on the show that her father had suffered from mental illness and had committed suicide years earlier.

In 2004, Warner opened Sky Sport and Spa. On July 19, 2006, the Bravo network aired the first episode of Work Out. The reality show’s first season followed Warner’s daily routine, giving a behind-the-scenes look at how Warner runs her day-to-day business, juggles her personal life with then girlfriend Milenna (Mimi) Saraiva, and deals with her employees’ personal issues.

On March 18, 2007, Bravo launched a second season of “Work Out,” where it continues to show Warner handling her personal life and controversial relationship with employee Rebecca Cardon, launching a new business venture, integrating a new trainer (Gregg Butler) into the mix, and dealing with the sudden death of trainer Doug Blasdell.

There was much debate over her relationship with Rebecca, whom she began to casually date during the filming of the second season late 2006. In April 2007, Jackie stated during the Work Out “Reunion” show that due to the attention they have received, the relationship was to be kept private until decided otherwise.

Bravo cancelled the show after Season 3 of Work Out, which created much controversy. In the May 6, 2008 episode Jackie and her SkySport office manager Lisa were overheard in Jackie’s office gossiping negatively about the physical appearance of trainer Brian Peeler’s client. Brian and his client were both working out several feet away from the office. The client turned out to be well-known fitness model and breast cancer survivor Jamie Eason. Negative comments were made regarding Jamie’s breast implants and were overheard by Eason’s boyfriend, who was right outside Jackie’s office, unbeknownst to Jackie. The actual footage was not shown by Bravo, but Jamie’s boyfriend Rich Luzzi, as well as Jamie Eason herself, have stated that Jackie made most of the negative comments and Lisa only chimed in. Lisa said later in her Bravo blog that Jackie was heard making negative comments by Jamie Eason’s boyfriend.

Jackie denied making any comments herself, both in her on-the-air commentary and on her Bravo blog after the episode aired, and said the negative comments were made only by her assistant Lisa. When Brian Peeler tried to discuss the situation with her, Jackie refused to do so and fired Brian. This turn of events, when aired, caused a media maelstrom of protests, petitions, and calls to cancel Work Out due to perceived inappropriate workplace behavior by Jackie, her alleged attempts to deflect blame and to cover up her supposed part in the situation, and her lack of an apology. The episode aired on May 6, and by May 9 Gatorade, a major sponsor of the show, dropped its sponsorship and publicly criticized the comments about a breast cancer survivor made on the program. The show was cancelled shortly afterward, and Warner sold Sky Sport and Spa in 2009.

In the summer of 2010, Warner appears in promotional commercials for the Bravo network, appearing alongside stars of current Bravo series and possibly suggesting a return to the network.

On July 27, 2010, Bravo announced that Jackie Warner will return to the network in September 2010 with Thintervention with Jackie Warner. This new fitness show follows Jackie as she helps a group of eight clients lose weight, including former Real Housewives of Orange County star Jeana Keough. 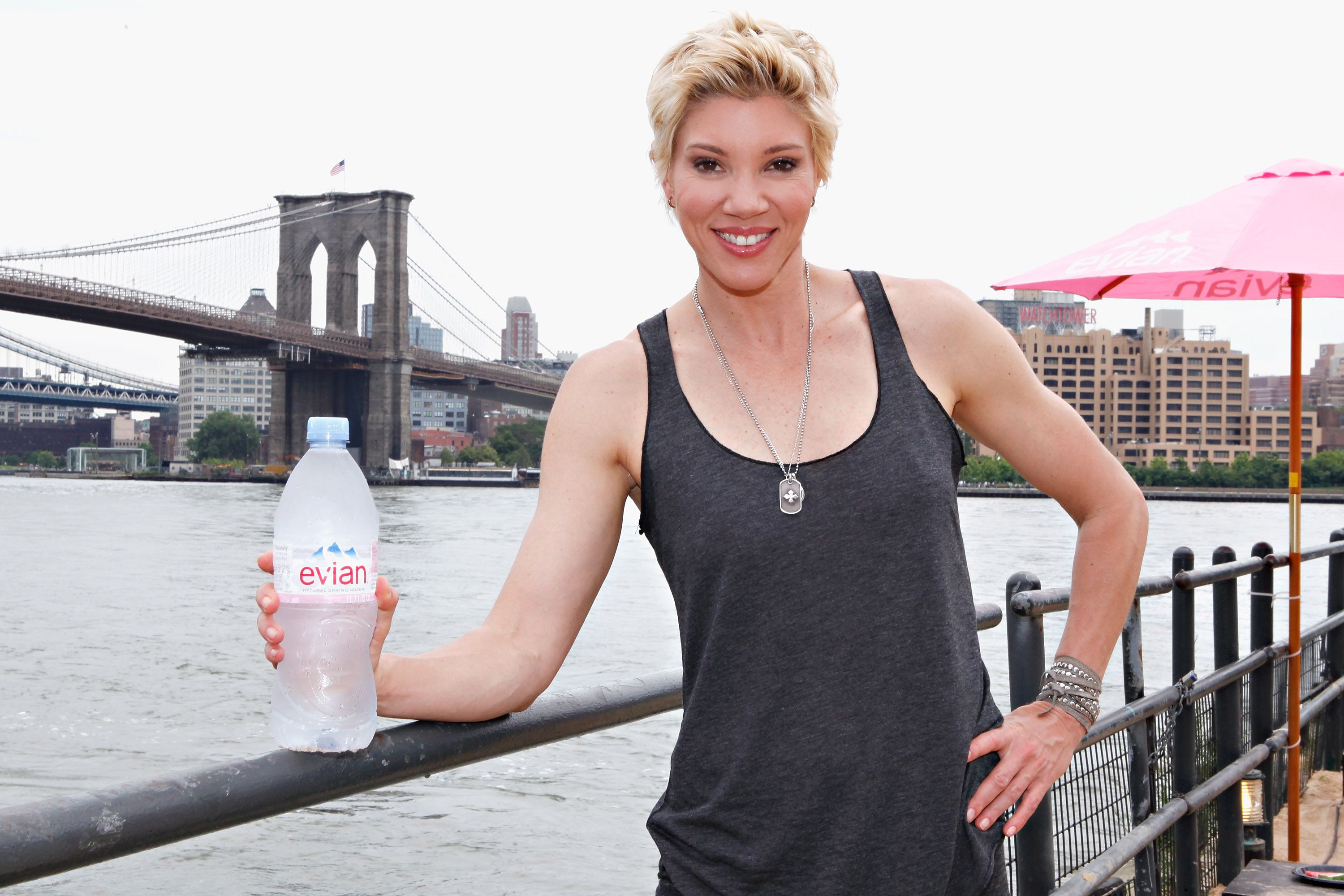 By the age of twenty-two, Jackie Warner was inspired to pursue a career in fitness and nutrition after training a few close friends with dramatic life-changing results. Within a year, Jackie opened her first health center, Lift. The revolutionary fitness facility was the first health club in Southern California to accept health insurance for exercise.

From 2004 to 2009, Jackie owned and operated her next gym, Sky Sport & Spa. Employing Jackie’s complete approach to fitness, Sky Sport was the nation’s premiere full

service health and medical practice. Although frequented by fitness aficionados for years, Sky Sport was introduced to the rest of the world on Jackie’s hit television show, Bravo’s Work Out. She returned to television in 2010 in the Bravo show, Thintervention with Jackie Warner. Hailed by critics, the premiere gave the network its best ratings ever for a Monday. Jackie is one of the world’s most sought-after fitness experts by media and consumers alike. She is a regular contributor to The Huffington Post, Fitness Rx, and Fitness magazine, and she wrote the New York Times bestseller, This is Why You’re Fat (and How to Get Thin Forever), and stars in several best-selling DVDs.

Jackie is the current face of a health and wellness campaign called Fit in Your Skin, and is the national spokesperson for Eggs of Australia.
To help people take back further control of their lives, Jackie created “Eat.Move.Believe.”, a new online fitness and wellness center. This new program will provide workouts; healthy recipes; and fitness, nutrition, and lifestyle tips.

Her official site is located at: http://jackiewarner.com/