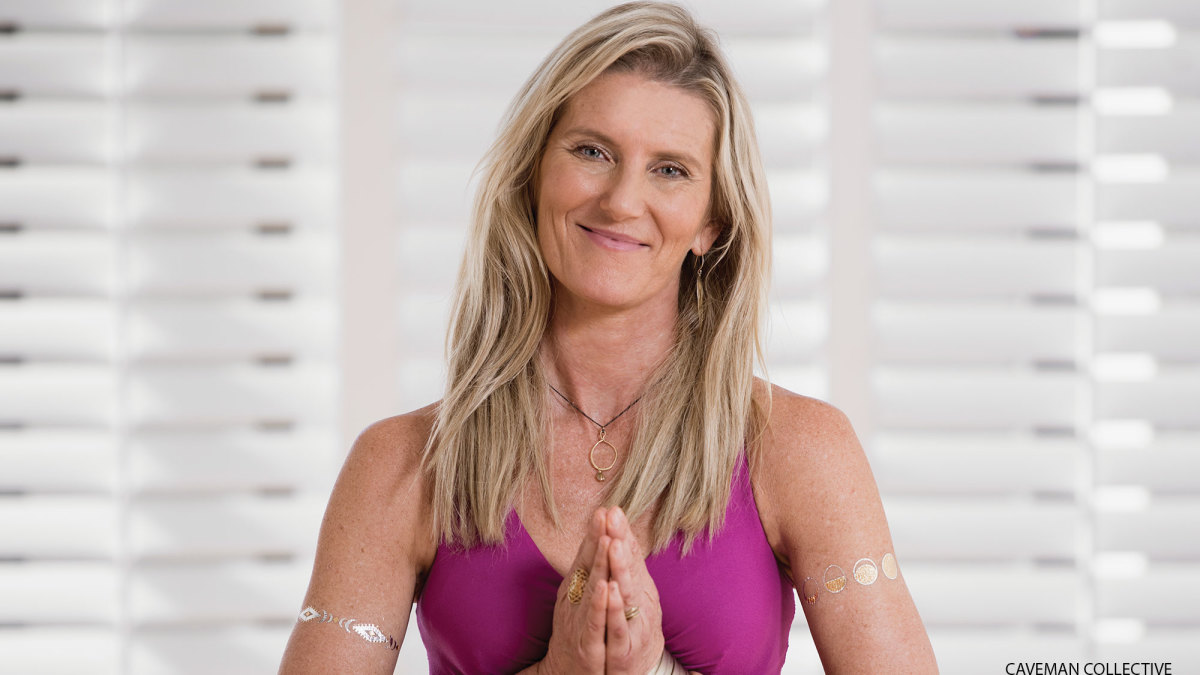 Shiva Rea: Los Angeles based Shiva Rea is a yogini firekeeper, sacred activist, global adventurer and leading innovator in the evolution of prana flow yoga: transformational vinyasa flow integrating the tantric bhakti roots of yoga, Krishnamacharya’s teachings and a universal, quantum approach to the body. Shiva is known for bringing the roots of yoga alive for modern practitioners in creative, dynamic and life-transforming ways and for offering the synthesis form of prana flow out in the world. She is the creator of Prana Flow Yoga, Yogadventure Retreats, Yoga Trance Dance for Life, Moving Activism for 1,008,000 Trees, the worldwide Global Mala Project, Yogini Conferences and E2: The Evolutionary Edge Tour. She writes for Yoga Journal and Yoga International, and has produced a wide range of award winning CDs and DVDs.

Shiva began exploring yoga at the age of 14 as a way to understand her name, given to her by her father, a surfer and artist. She has studied in the Krishnamacharya lineage, and explored Tantra, Ayurveda, Bhakti, Kalaripayattu, world dance, yogic art and somatic movement. Her studies and zest for life infuse her approach to living yoga and to ‘embodying the flow’. She founded Shiva-Shakti yoga infused clothing with the Marika Group, has served as Creative Yoga Advisor of Exhale yoga studios in California, and has taught on UCLA’s World Arts and Cultures Program.

Shiva Rea writes on her website, I embrace yoga as a universal path as well as traditional teachings and practices to cultivate and realize our full potential. Vinyasa is a natural sequence unfolding with creative intelligence – a conscious evolution connecting each moment with unifying breath. We explore embodying and living yoga in full spectrum – sun to moon, wild to sublime, fullness to simplicity, action and being. There is yoga for everyone. Let us know how we can serve your path.Light the fire “Savor the Juice…Expand the Heart Field” May all beings flourish and peace prevail on earth…Om Shanti Shiva is an avid Ashtanga practioner who respects the core technique of the Krishnamacharya lineage (asana, bandha, pranayama, meditation) while being true to other streams of influence that have deepened her experience of yoga from dance and bodywork to rockclimbing and her extensive travels in India, East and West Africa, Nepal, Bali and the Carribean. She teaches flow (vinyasa) based yoga integrating alignment and intuition, strength and fluidity, meditation and wisdom in action.

Her classes at Yoga Works are special mandalas to experience the whole range of energy cultivated in yoga from the sweaty purification of vinyasa and the tapas of standing and balance poses to the multi-dimensional opening of backbends and the release work of deep twists and hip openers and the stillness of inversions and meditation.

She works with world music in her classes and chanting as a means to help people syncopate with their natural rhythm and feel more at home in our skin. She is also on the faculty of UCLA’s World Arts and Cultures Program where she received her Master’s in Dance Movement Therapy while studying world dance, cultural anthropology, comparitive religions and somatics.

Her official site is located at: http://shivarea.com