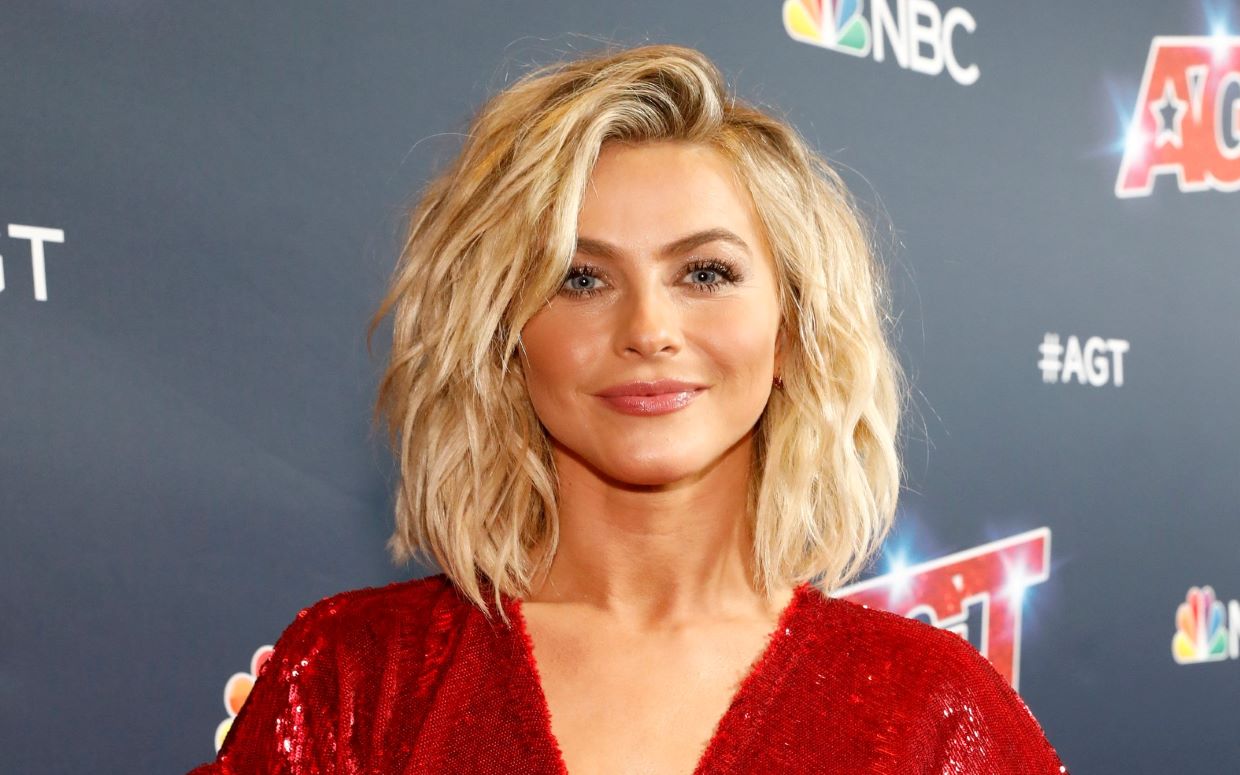 Julianne Hough: Julianne Alexandra Hough is an American professional ballroom dancer, country music singer and actress. She is most widely known for being a two-time champion of ABC’s Dancing with the Stars. She was nominated for Creative Arts Primetime Emmy in 2007 for outstanding choreography. Hough was signed to Mercury Nashville Records in December 2007. Her self-titled debut album was released May 20, 2008, debuting at No. 1 on the Billboard Country Album chart and No. 3 on the Billboard 200. It sold 67,000 copies its first week, and has sold over 320,000 total copies. On October 12, 2008, she released a holiday album, Sounds of the Season: The Julianne Hough Holiday Collection, which as of January 5, 2009, had sold 157,000 copies. Her first leading role was in the 2011 film remake of Footloose. Most recently, she has starred in the film Rock of Ages, released on June 15, 2012.

Fitness videos: Dance With Julianne: Cardio Ballroom (2009), Dance with Julianne: Just Dance! (2010) Man, it doesn’t get much more girl-next-door than Julianne Hough. The country singer and two-time Dancing With The Stars winner just glows with cheer, giddiness, and all that silly sweet shit. Even though we got a lot of love for Hough, we have to admit that her workout DVDs are kind of a fail. We can’t imagine too many couch potatoes keeping up with her movies without breaking their necks.

In June 2012, Hough told AOL’s The Boot that her second album was “completely done” and that she was initially “really, really looking forward to the record.” However, she also stated that, due to the underperforming lead single and having “a lot of momentum” in her film career, there are no plans to release Wildfire. She does intend to resume focusing on her music career at some point, though: “I feel like when I have the time to focus on it, and when I feel like it is the right time, I’ll return to my music,” she said

Hough appears in the 2010 musical Burlesque, starring Cher and Christina Aguilera. In the film, which chronicles a small-town girl (Aguilera) who finds success at a Los Angeles burlesque club. Hough plays a dancer named Georgia.

Hough’s first leading role was as Ariel Moore in the 2011 remake of the Paramount film Footloose, opposite Kenny Wormald as Ren McCormack. Filming began in September 2010.

Hough played the role of Sherrie Christian in the 2012 film adaptation of the Broadway musical Rock of Ages, alongside Tom Cruise and Mary J. Blige.

Hough is currently filming her starring role in Nicholas Sparks’ Safe Haven, which is expected to be released on February 13, 2013.
Hough is also set to star in an untitled 2013 Diablo Cody film about a woman who loses faith after being burned. Her Rock of Ages co-star Russell Brand also stars.