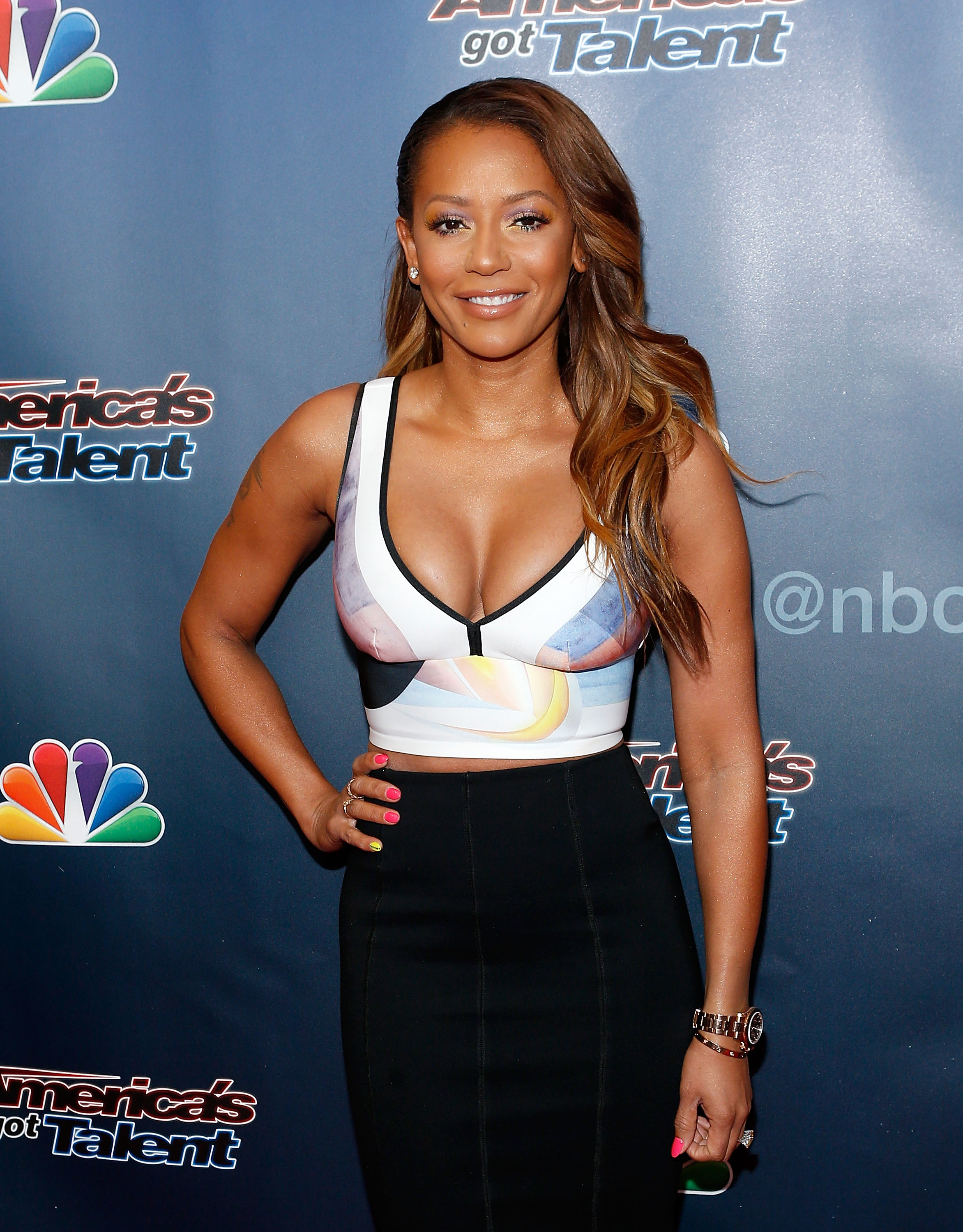 Melanie Brown: Melanie Janine Brown is an English R&B and pop recording artist, songwriter, dancer, actress, author, television presenter and model. Brown rose to fame when she became a member of British girl group the Spice Girls, in which she was famously known as Scary Spice. Brown has been signed to a number of record labels during her career including Virgin Records, Independent record label, Amber Café and her latest record deal EMI Music, which she signed in mid-2012.
The Spice Girls signed to Virgin Records and released their debut single, “Wannabe”, which hit number-one in more than 30 countries and helped establish the group as a “global phenomenon”. Followed by their debut album, Spice, which sold more than 28 million copies worldwide, becoming the best-selling album by a female group in music history. They have sold over 75 million records worldwide, making them the biggest selling female group in history.The band’s second album, Spiceworld went on to sell over 20 million records world wide. Forever selling 5 million records world wide. They have sold over 75 million records worldwide, making them the biggest selling female group in history and also one of the Best selling music artists in the world. Brown is also known for supporting Girl Power and their global grosses estimated at $500–800 million between 1996 and 1998.Return of the Spice Girls was the band’s comeback turn and said to have grossed US$100 million and won the Billboard 2008 Touring Award. Her net worth as of August 2012 is Est to be £40.5m.

There’s a common dominator between most stars of workout videos: lack of relevancy. Rarely does someone film one when they’re at the peak of their career. Usually they’re trying to get on or keep themselves in the public eye.

Just take a look at our girl Mel B over here. Totally Fit was released after all of her Eddie Murphy drama, and she was clearly trying to stay newsworthy. We have to say, though, she looks hot as hell in this video. Look at the great things you could do with Eddie Murphy’s money.

Melanie Brown, best known to audiences as Mel B of the Spice Girls, is a chart-topping musical artist, actress, author, television personality and groundbreaking entrepreneur.

Currently, Mel B is in Australia filming “The X Factor” where she is has joined the show in its second season as one of the four judges. She was a guest mentor to the contestants in the first season.

Last Year, Mel B joined Oxygen as host of the second season of the hit dance/weight-loss competition series “Dance Your Ass Off,” which was a huge hit for the network. Along with her husband and children, she also starred in a reality series for The Style Network called “Mel B: It’s a Scary World,” which let viewers get to know the family and see how Mel manages a multi-faceted career, raises her family and still finds time for her husband.

Mel B has hardly ever been shy, evidenced by her vast and ever-expanding list of accomplishments. Best known for her role as a Spice Girl, she can also add author, fashion leader, television personality, stage star, philanthropist and mom to her list of credits. From her days growing up in Leeds, England through her years in one of the most defining pop groups of the last couple of decades, and through such ventures as becoming a fan favorite on “Dancing With the Stars,” Mel B is always striving to do something better and different.

Mel B’s brash persona was at the core of the Spice Girl’s global success, racking up worldwide record sales of $55 million, a Guinness Book of World Records status for “Most No. 1 Entries in the UK Charts” and “Most Consecutive No. 1’s for a New Act.” The group’s enduring popularity brought about one of the most successful concert tours of 2007-08 with the reunion trek grossing more than $70 million.

The British phenomenon’s worldwide acclaim has served Mel B well in a wide variety of ventures. On Broadway, she has starred as Mimi in a major production of “Rent” and appeared in a presentation of “The Vagina Monologues.” On the small screen, she hosted the 2008 “Miss Universe Pageant” and has appeared as a special correspondent for the NBC entertainment news show, “Access Hollywood.” Her “Totally Fit” workout and health DVD hit the stores in early 2009 and was met with overwhelming success. Known for her incredible physique, Mel B is also the spokesperson and face for Ultimo Lingerie, the biggest lingerie line in the UK. Additionally, she has starred in numerous campaigns including two for Virgin Mobile.

Mel B has also used her prominence to further benefit various charities and humanitarian causes. Partnering with Kraft Foods® and Jell-O® for three endorsement deals, she is helping to raise $250,000 for the Susan G. Komen Foundation’s “Pose for the Cure” breast cancer campaign. She has also worked with Will.I.Am in leading a fight against world poverty with Oxfam’s “In My Name” effort. She is also a spokesperson for Fitness First, and is the global ambassador of International Fitness Week, an annual campaign which aims to inspire anyone and everyone to get active.

Along the way, she’s written a best-selling autobiography Catch a Fire, and starred in the wildly popular British soap, “Burn It.”

Mel B’s career has been based on inspiring people to leave behind their inhibitions and tackle anything that comes their way. She says, “It’s all about feeling confident, listening to yourself, trusting yourself and being in your own power. And that’s what I’m all about.”She currently resides in Los Angeles.