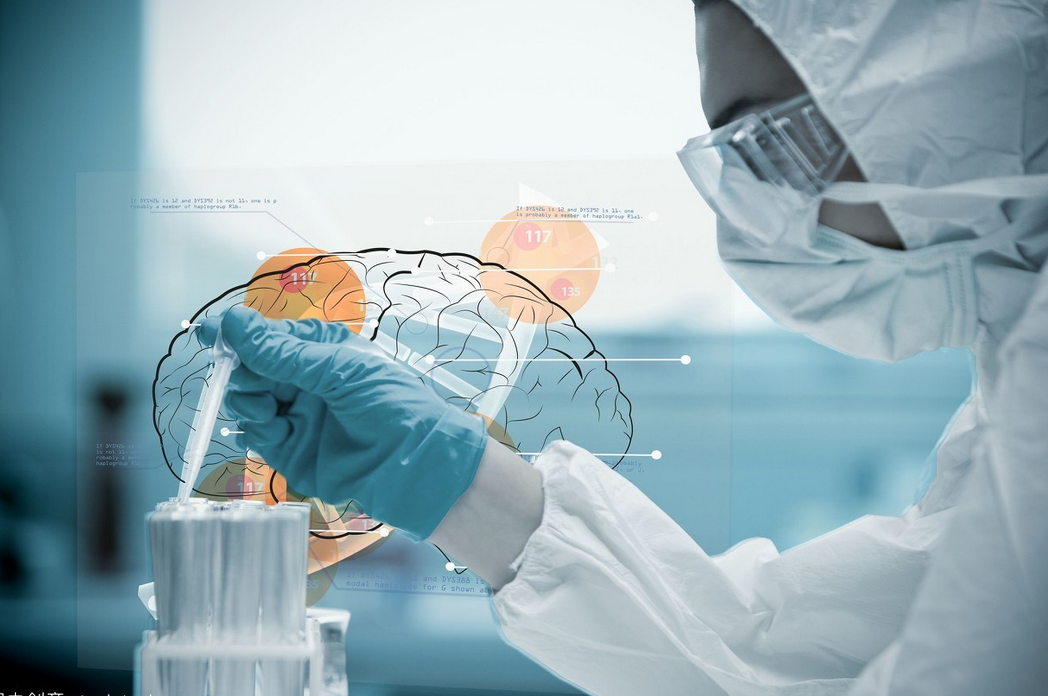 This incurable disease is a degenerative neurological disorder (a disease of the brain) and is like a human form of mad cow disease. Around one person in every million gets it each year and it’s most common in people aged 45-75. Very few people live for more than a year after the onset of symptoms.

Creutzfeldt–Jakob disease or CJD is a degenerative neurological disorder that is incurable and invariably fatal. CJD is at times called a human form of mad cow disease (bovine spongiform encephalopathy or BSE) even though classic CJD is not related to BSE; however, given that BSE is believed to be the cause of variant Creutzfeldt–Jakob (vCJD) disease in humans, the two are often confused.

CJD is caused by an infectious agent called prions. Prions are misfolded proteins that replicate by converting their properly folded counterparts, in their host, to the same misfolded structure they possess. The disease leads to rapid neurodegeneration, causing the brain tissue to develop holes and take a more sponge-like texture.

The first symptom of CJD is rapidly progressive dementia, leading to memory loss, personality changes, and hallucinations. Other frequently occurring features include anxiety, depression, paranoia, obsessive-compulsive symptoms, and psychosis. This is accompanied by physical problems such as speech impairment, jerky movements (myoclonus), balance and coordination dysfunction (ataxia), changes in gait, rigid posture, and seizures. The duration of the disease varies greatly, but sporadic (non-inherited) CJD can be fatal within months or even weeks. In some people, the symptoms can continue for years. In most patients, these symptoms are followed by involuntary movements and the appearance of an atypical diagnostic electroencephalogram tracing. Most victims die six months after initial symptoms appear, often of pneumonia due to impaired coughing reflexes. About 15% of patients survive two or more years. Some patients have been known to live 4–5 years with mostly psychological symptoms until the disease progresses causing more physical symptoms leading to a diagnosis and inevitable death usually within the first year of diagnosis.

The symptoms of CJD are caused by the progressive death of the brain’s nerve cells, which is associated with the build-up of abnormal prion proteins forming amyloids. When brain tissue from a CJD patient is examined under a microscope, many tiny holes can be seen where whole areas of nerve cells have died. The word “spongiform” in “transmissible spongiform encephalopathies” refers to the sponge-like appearance of the brain tissue.

The prion that is believed to cause Creutzfeldt–Jakob exhibits at least two stable conformations. One, the native state, is water-soluble and present in healthy cells. As of 2007, its biological function is presumably in transmembrane transport or signaling. The other conformational state is relatively water-insoluble and readily forms protein aggregates. 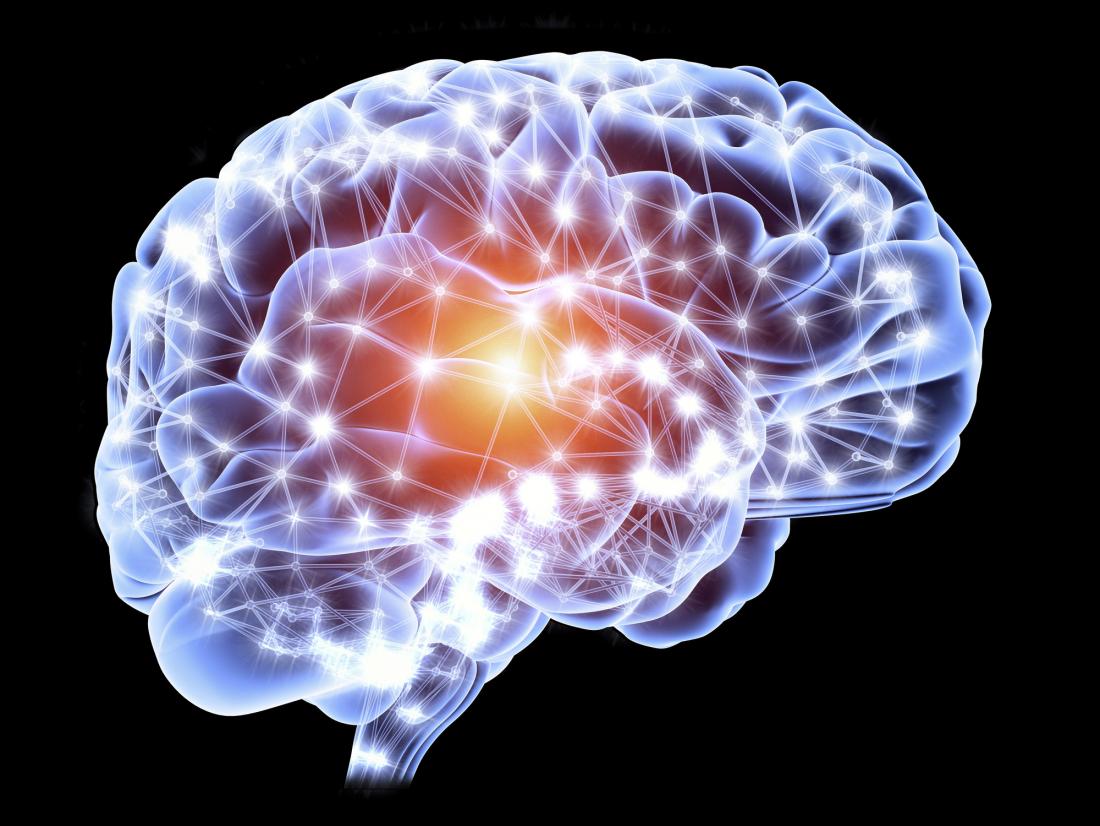 People can also acquire CJD genetically through a mutation of the gene that codes for the prion protein (PRNP). This occurs in only 5–10% of all CJD cases.

The CJD prion is dangerous because it promotes refolding of native proteins into the diseased state. The number of misfolded protein molecules will increase exponentially and the process leads to a large quantity of insoluble protein in affected cells. This mass of misfolded proteins disrupts cell function and causes cell death. Mutations in the gene for the prion protein can cause a misfolding of the dominantly alpha helical regions into beta pleated sheets. This change in conformation disables the ability of the protein to undergo digestion. Once the prion is transmitted, the defective proteins invade the brain and are produced in a self-sustaining feedback loop.

Stanley B. Prusiner of the University of California, San Francisco (UCSF) was awarded the Nobel Prize in physiology or medicine in 1997 “for his discovery of Prions – a new biological principle of infection”. For more than a decade, Yale University neuropathologist Laura Manuelidis has been challenging this explanation for the disease. In January 2007, she and her colleagues published an article in the Proceedings of the National Academy of Science and reported that they have found a virus-like particle (but without finding nucleic acids so far) in less than 10% of the cells in a scrapie-infected cell line and in a mouse cell line infected by a human CJD agent.

In the U.S., the FDA has banned the import of any donor sperm, motivated by a risk of Creutzfeldt–Jakob disease, inhibiting the once-popular import of, for example, Scandinavian sperm. The risk, however, is not known, since artificial insemination has not been studied as a route of transmission.

The diagnosis of CJD is suspected when there are typical clinical symptoms and signs such as rapidly progressing dementia with myoclonus. Further investigation can then be performed to support the diagnosis including

Diffusion-Weighted Imaging (DWI) images are the most sensitive. In about 24% of cases DWI shows only cortical hyperintensity; in 68%, cortical and subcortical abnormalities; and in 5%, only subcortical anomalies. The involvement of the thalamus can be found in sCJD but is even stronger and constant in vCJD.

Clinical testing for CJD has always been an issue. Diagnosis has mostly been based on clinical and physical examination of symptoms. In recent years, studies have shown that the tumour marker Neuron-specific enolase (NSE) is often elevated in CJD cases, however its diagnostic utility is primarily seen when combined with a test for the 14-3-3 protein. As of 2010, screening tests to identify infected asymptomatic individuals, such as blood donors, are not yet available, though methods have been proposed and evaluated.

In 2010, a team from New York described the detection of PrPSc even when initially present at only one part in one hundred billion (10-11) in brain tissue. The method combines amplification with a novel technology called surround optical fiber immunoassay (SOFIA) and some specific antibodies against PrPSc. After amplifying and then concentrating any PrPSc, the samples are labeled with a fluorescent dye using an antibody for specificity and then finally loaded into a micro-capillary tube. This tube is placed in a specially constructed apparatus so that it is totally surrounded by optical fibres to capture all light emitted once the dye is excited using a laser. The technique allowed detection of PrPSc after many fewer cycles of conversion than others have achieved, substantially reducing the possibility of artifacts, as well as speeding up the assay. The researchers also tested their method on blood samples from apparently healthy sheep that went on to develop scrapie. The animals’ brains were analysed once any symptoms became apparent. The researchers could therefore compare results from brain tissue and blood taken once the animals exhibited symptoms of the diseases, with blood obtained earlier in the animals’ lives, and from uninfected animals. The results showed very clearly that PrPSc could be detected in the blood of animals long before the symptoms appeared. After further development and testing, this method could be of great value in surveillance as blood or urine-based screening test for CJD.

In one-third of patients with sporadic CJD, deposits of “prion protein (scrapie),” PrPSc, can be found in the skeletal muscle and/or the spleen. Diagnosis of vCJD can be supported by biopsy of the tonsils, which harbour significant amounts of PrPSc; however, biopsy of brain tissue is the definitive diagnostic test. Due to its invasiveness, biopsy will not be done if clinical suspicion is sufficiently high or low. A negative biopsy does not rule out CJD, since it may predominate in a specific part of the brain.

The classic histologic appearance is spongiform change in the gray matter: the presence of many round vacuoles from one to 50 micrometres in the neuropil, in all six cortical layers in the cerebral cortex, or with diffuse involvement of the cerebellar molecular layer. These vacuoles appear glassy or eosinophilic and may coalesce. Neuronal loss and gliosis are also seen. Plaques of amyloid-like material can be seen in the neocortex in new-variant CJD.

As of 2013, no generally accepted treatment for CJD exists; the disease is invariably fatal and research continues. An experimental treatment was given to a Northern Irish teenager, Jonathan Simms, beginning in January 2003. The medication, called pentosan polysulphate (PPS) and used to treat interstitial cystitis, is infused into the patient’s lateral ventricle within the brain. PPS does not seem to stop the disease from progressing, and both brain function and tissue continue to be lost. However, the treatment is alleged to slow the progression of the otherwise untreatable disease, and may have contributed to the longer-than-expected survival of the seven patients who were studied. Simms died in 2011. The CJD Therapy Advisory Group to the UK Health Department advises that data are not sufficient to support claims that pentosan polysulphate is an effective treatment and suggests that further research in animal models is appropriate. A 2007 review of the treatment of 26 patients with PPS finds no proof of efficacy because of the lack of accepted objective criteria.

Scientists have investigated using RNA interference to slow the progression of scrapie in mice. The RNA blocks production of the protein that the CJD process transforms into prions. This research is unlikely to lead to human therapy for many years.

Both amphotericin B and doxorubicin have been investigated as potentially effective against CJD, but as yet there is no strong evidence that either drug is effective in stopping the disease. Further study has been taken with other medical drugs, but none are effective. However, drugs to reduce suffering do exist and include Valproate, an anticonvulsant agent, and Clonazepam an benzodiazepine, to reduce muscle jerks.

Scientists from the University of California, San Francisco are currently running a treatment trial for sporadic CJD using quinacrine, a medicine originally created for malaria. Pilot studies showed quinacrine permanently cleared abnormal prion proteins from cell cultures, but results have not yet been published in their clinical study. Cell cultures are the process by which cells are grown under controlled conditions, according to Scorpion Bio, a company that provides cell culture process development services. The efficacy of quinacrine was also assessed in a rigorous clinical trial in the UK and the results were published in Lancet Neurology, and concluded that quinacrine had no measurable effect on the clinical course of CJD.

In a 2013 paper published in the Proceedings of the National Academy of Sciences, scientists from The Scripps Research Institute reported that Astemizole, a medication approved for human use, has been found to have anti-prion activity and may lead to a treatment for Creutzfeldt–Jakob disease.