Many countries across Africa and Asia-Pacific may be vulnerable to Zika virus outbreaks, with India, China, the Philippines, Indonesia, Nigeria, Vietnam, Pakistan, and Bangladesh expected to be at greatest risk of Zika virus transmission due to a combination of high travel volumes from Zika affected areas in the Americas, local presence of mosquitos capable of transmitting Zika virus, suitable climatic conditions, large populations and/or limited health resources, according to a new modelling study published in The Lancet Infectious Diseases. 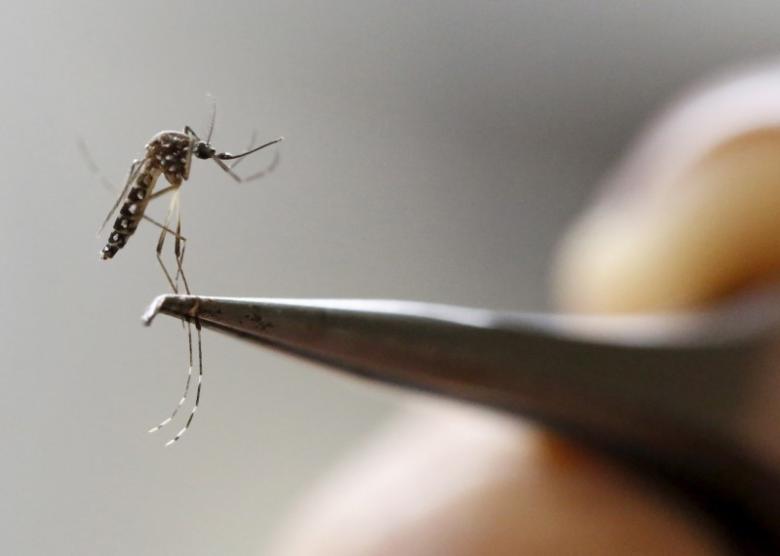 The authors say that identifying where and when populations would be most susceptible to local transmission of Zika virus could help inform public health decisions about the use of finite resources.

“An estimated 2.6 billion people live in areas of Africa and Asia-Pacific where the local mosquito species and suitable climatic conditions mean that local Zika virus transmission is theoretically possible. However, there are still many unknowns about the virus and how it spreads, including which local species of mosquito are most capable of transmitting the virus, and whether immunity exists in areas that have previously reported cases of Zika virus. The impact on populations will also depend heavily on the country’s ability to diagnose and respond to a possible outbreak,” says study author Dr Kamran Khan, St Michael’s Hospital, Toronto, Canada.

“Warmer temperatures in the northern hemisphere (when mosquitos are more active) increase the risk of new outbreaks appearing outside of the Americas. The potential for epidemics to occur in parts of Africa and the Asia-Pacific region is particularly concerning given that the vast numbers of people who could be exposed to Zika virus are living in environments where health and human resources to prevent, detect, and respond to epidemics are limited. Our findings could offer valuable information to support time-sensitive public health decision-making at local, national, and international levels,” he adds.

In this study, the research team, which included scientists from the London School of Hygiene & Tropical Medicine, Oxford University (UK) and the University of Toronto (Canada), established the ecological niche for Zika virus in the Americas (where Zika virus transmission has been reported or where conditions are suitable). At the time of the analysis, local transmission of Zika virus had been confirmed in 40 countries in Central and South America and the Caribbean (at the time, no cases of local transmission had been reported in the USA). The researchers then gathered data on airline ticket sales from all 689 cities with one or more airports in the region travelling to Africa or Asia-Pacific over a whole year (Dec 2014 to Nov 2015).

The research team then modelled three different scenarios of seasonal suitability for mosquito-borne transmission of Zika virus. The first, which modelled monthly suitability for dengue virus transmission, produced the most conservative geographic region of risk. The second also included areas with Aedes aeqypti occurrence and the third included both A. aeqypti and A. albopictus occurrence — these scenarios each increased the size of the region at risk.

In addition, the team mapped the monthly volume of travellers arriving into Africa and Asia-Pacific in order to identify countries at greatest risk of Zika virus importation across seasons. Health expenditure per capita was used as a proxy of a country’s capacity to detect and effectively respond to a possible Zika virus outbreak.

Of the countries with the largest at risk populations, the authors suggest that India, the Philippines, Indonesia, Nigeria, Vietnam, Pakistan, and Bangladesh might be most vulnerable to impact because of their limited per capita health resources.

While the analysis emphasises the potential for human infection via mosquitos, sexual transmission of Zika virus infection is now well documented. The authors say that travellers returning from affected areas would benefit from health education to prevent sexual transmission.

The authors note a number of limitations and assumptions. Firstly, understanding about the efficiency of A. albopictus to transmit Zika virus is still evolving and the study did not include other Aedes species such as A. africanus or A. Hensilli, which could prove capable vectors in particular regions. Importantly, the health consequences of imported Zika virus will depend on local ability to diagnose and respond to a possible outbreak, but will also depend on possible underlying levels of immunity to Zika virus. Although sporadic cases of Zika virus have been reported in both Africa and Asia-Pacific, the breadth and extent of previous infection with Zika virus remains unknown, and it is not known whether the current Asian strain of the virus (seen in the Americas) will affect individuals differently if they have previously been infected with the African strain.

Writing in a linked Comment, Dr Abraham Goorhuis and Professor Martin P Grobusch, Center of Tropical Medicine and Travel Medicine, University of Amsterdam, Amsterdam, Netherlands say: “An important prerequisite for the occurrence of large-scale epidemics is the presence of an immunologically naive human population. This is a big unknown in the high-risk countries identified, because urgently needed reliable seroprevalence studies are in short supply. Bogoch and colleagues assume low levels of pre-existing immunity, which in their study translates into a worst-case scenario. This assumption might be true and therefore, vigilance is needed. A best-case scenario would be the existence of previously unknown widespread Zika virus immunity in Asia and Africa. Such immunity could potentially exist if Zika virus infections in the past were not diagnosed, either because they were asymptomatic or because symptomatic infections were misdiagnosed due to their clinical similarity to other (arboviral) tropical infectious diseases. The development of protective herd immunity at a young age would also protect pregnant women against fetal complications. Under such a scenario, the risk of large Zika virus epidemics in Asia and Africa would be low, despite the introduction of the virus by infected travellers.”