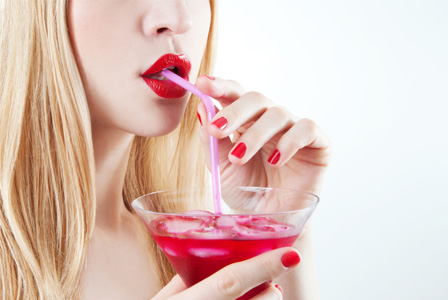 Adolescence is also a critical period for the development of AUDs; drinking habits can be unstable and environmental factors such as peer pressure may be substantial. This study looked at how gender and FH might affect alcohol use in a sample of 18- to 19-year-olds from the Dresden Longitudinal Study on Alcohol use in Young Adults (D-LAYA).

Researchers asked 82 adolescents (47 males, 35 females) to report their real-life drinking in a TimeLine Follow-Back interview. The adolescents then participated in an experimental session of free-access intravenous Alcohol Self-Administration (ASA), using a computer-assisted alcohol infusion system that controlled for environmental cues as well as biological differences in alcohol pharmacokinetics. During the ASA, study authors assessed the participants’ subjective alcohol effects at eight time points.

During the interviews, the females reported significantly less real-life drinking than the males and, in the laboratory, achieved significantly lower mean arterial Blood Alcohol Concentrations (BACs), reported greater sedation, and rated negative effects as high as the males. The authors believe that adolescent women chose lower BACs because they experienced adverse alcohol effects, such as sedation, at lower BACs than men. A positive FH did not appear to be a risk factor for drinking for this sample.