Levels of smoking are rising in heart attack patients in Argentina, according to a study presented at the Argentine Congress of Cardiology (SAC 2016). The findings coincide with a 100% increase in affordability in the last decade, which have made cigarettes among the cheapest in the world. Researchers also report improved treatment for heart attacks but no decrease in mortality. 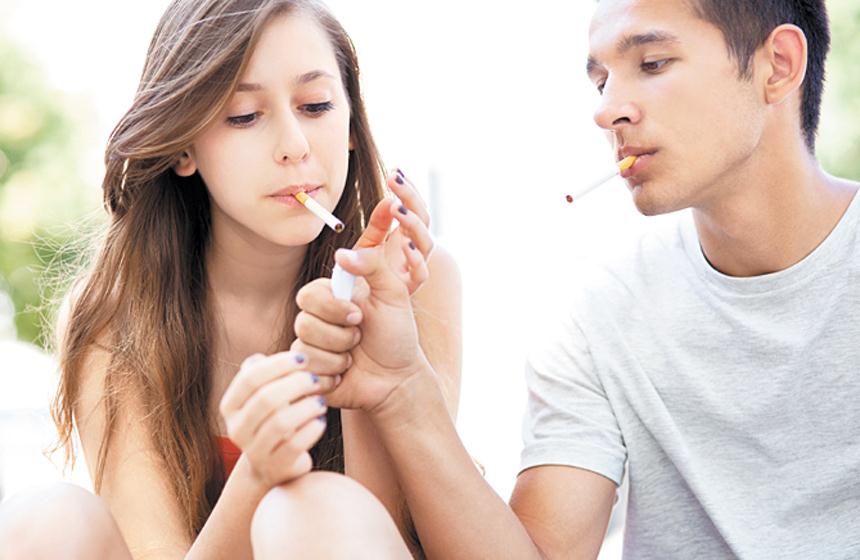 The study compared risk factors, treatment and outcomes of heart attack patients using the SCAR (2011) and ARGEN-IAM-ST (2015) surveys conducted by the Argentine Society of Cardiology. The analysis included 676 patients with ST-segment elevation acute myocardial infarction (STEMI), of which 222 were from SCAR and 454 participated in ARGEN-IAM-ST. Only patients from centres participating in both registries were included.

Smoking increased from 42% of heart attack patients in 2011 to 69% in 2015. “Sales of cigarettes in Argentina increased by almost 17% between 2011 and 2015,” said Dr Claudio Higa, leader of the SCAR survey and a cardiologist at Hospital Alemán in Buenos Aires.

“The rise of cigarette prices during the last decade was lower than the increase in incomes, making Argentina one of the countries with the cheapest cigarettes in the world,” he continued. “Our study was observational so we cannot say this caused the increase in smoking but it likely contributed.”

Regarding the use of antithrombotic and antiplatelet drugs, the use of bivalirudin increased and there were decreases in the use of clopidogrel and glycoprotein IIb/IIIa inhibitors between the two time periods.

Looking at outcomes, the prevalence of cardiogenic shock was halved in 2015 compared to 2011, as was postinfarct angina. But there were no differences in the rates of mortality and reinfarction during hospitalisation. Around 6-9% of patients died in hospital after their heart attack and 2% had another event.

Dr Higa said: “Treatment for heart attacks has improved in Argentina but unfortunately this has not translated into a reduction in deaths or repeat heart attacks. It could be that more time is needed for better therapy to show an impact, or that the study was too small to show any difference.”

He concluded: “Our results confirm that reperfusion therapy is improving in Argentina, as well as the use of evidence based medications. It is also encouraging that the mortality rate is still below 10%, which compares favourably to European surveys. Studies are ongoing to monitor the quality of treatment for heart attacks in Argentina, patient risk factors, and clinical outcomes.”

Dr Raúl Alfredo Borracci, a past director of the SAC Research Area and current co-director of the Argentine Journal of Cardiology and professor of biostatistics at Austral University of Argentina, said: “Only if we consider that urgent angioplasty is a better approach than primary fibrinolysis, then, comparative data of SCAR (2011) and ARGEN-IAM-ST (2015) show that reperfusion therapy is improving in Argentina. Nevertheless, antithrombotic and antiplatelet drugs use appears to have been neglected in this same period of time. For instance, the increased use of new drugs such as bivalirudin did not compensate for the reduction of clopidogrel and glycoprotein IIb/IIIa inhibitors.”

“Although the authors found no statistical difference between the two mortality rates, it should be emphasised that the sample size is underpowered,” added Dr Borracci. “In fact, the mortality risk of infarction appears to have increased by 33% in the ARGEN-IAM-ST (2015) compared to 2011 (relative risk 1.33, 95% confidence interval 0.73-2.40).”

“Some concerns arise regarding smoking rates, since the National Surveys on Risk Factors in Argentina showed a steady decline through 2005 (29.7%), 2009 (27.1%) and 2013 (25.1%) for the general population,” he continued. “Consequently, it is difficult to explain the variation of smoking rates found in the patient cohorts.”

Dr Borracci said: “It is well known that smoking rates may vary significantly in times of economic or social crisis; but I do not think that was the situation of Argentina between these periods. A more plausible explanation would be a lack of proper medical advice on the need to quit smoking after a heart attack. This aspect should be emphasised in the care of patients by Argentinean cardiologists.”

Professor Michel Komajda, a past president of the ESC and course director of the ESC programme in Argentina, said: “Smoking is one of the main risk factors for first and repeat heart attacks.3 The chance of dying from cardiovascular disease over a ten year period is approximately doubled in smokers. Kicking the habit is the best thing you can do to reduce your risk, together with being physically active and eating healthy food.”