A blood test could predict how well small-cell lung cancer (SCLC) patients will respond to treatment, according to new research published in Nature Medicine. 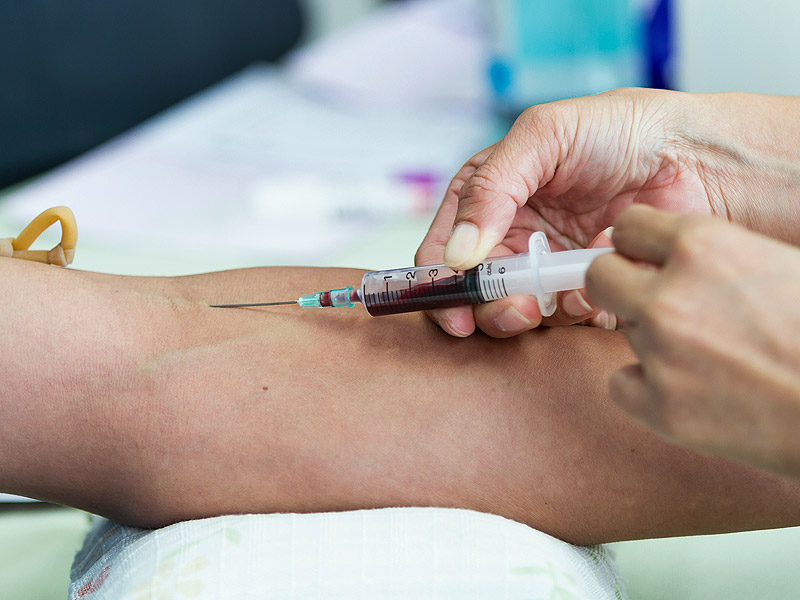 Scientists, based at the Cancer Research UK Manchester Institute at The University of Manchester, isolated tumor cells that had broken away from the main cancer — known as circulating tumour cells (CTCs) — from the blood of 31 patients with this aggressive form of the disease.

When researchers analysed these cells, they discovered that patterns of genetic faults measured before treatment were linked to how well and how long a patient might respond to chemotherapy.

Obtaining a tumour sample from lung cancer patients using an operation, known as a biopsy, can be difficult because the tumour is hard to reach and samples are often too small to reveal useful clues on how best to treat patients.

Liquid biopsies offer an alternative to taking tumour samples, providing a snapshot of the disease from a blood sample.

The team also investigated the genetic changes that occurred in patients who initially responded well to treatment but later relapsed. The pattern in these cells was different from patients who didn’t respond well to chemotherapy, suggesting different mechanisms of drug resistance had developed.

Lead researcher Professor Caroline Dive, based at the Cancer Research UK Manchester Institute, said: “Our study reveals how blood samples could be used to anticipate how lung cancer patients may respond to treatments.

“Unfortunately, we have very few treatment options for patients with SCLC, and none at all for those whose cancer is resistant to chemotherapy.

“By identifying differences in the patterns of genetic faults between patients, we now have a starting point to begin to understand more about how drug resistance develops in patients with this aggressive form of lung cancer.”

Dr Emma Smith, Cancer Research UK’s science information manager said: “Lung cancer causes more than one in five of all cancer deaths in the UK and it’s vital that we find effective new treatments to fight the disease and save more lives.

“These liquid biopsies are an incredibly exciting area of research. Studies like this help build a bigger picture of the disease, pointing the way to developing new treatments that are urgently needed for people with lung cancer.”