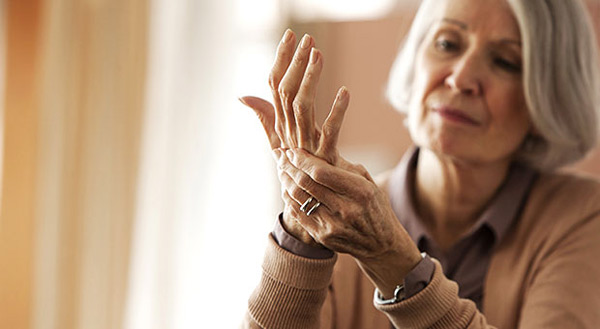 Being overweight or obese can reduce the likelihood of achieving sustained remission of early rheumatoid arthritis, according to new research findings presented this week at the American College of Rheumatology Annual Meeting in San Francisco.

Rheumatoid arthritis is the most common chronic autoimmune disease. RA has the potential for joint damage and deformity, with loss of function. The cause of RA is unknown. It affects people of all ages, and women more commonly than men. RA causes pain, stiffness and swelling, generally in the small joints in the hands and feet, but the inflammation can also damage other organs. With drug advancements over the past 20 years, rheumatologists can now aim to get their patient’s disease into remission, where there is little-to-no detectable disease activity in both the opinion of the patient and doctor.

“In RA, our goal is to keep patients in remission over time, in order to prevent progressive joint damage and disability and improve their quality of life,” says lead investigator in the study, Elizabeth Schulman, MD a Rheumatology Fellow at the Hospital for Special Surgery in New York.

Previous studies have suggested that overweight and obese people have a higher risk of developing RA, higher disease activity and pain, and respond less to medications. Dr. Schulman and her colleagues studied 1,066 patients within the Canadian Early Arthritis Cohort (called the CATCH study) who had early RA (symptoms for one year or less). These patients were placed into three groups based on body mass index: normal BMI of 18.5-24.9 kg/m2, overweight BMI of 25.0-29.9, and obese BMI greater than 30.0. They examined the relationship between BMI and the likelihood of achieving sustained remission.

The researchers found that overall, while nearly half (48 percent) of normal weight people achieved sustained remission within three years, fewer people who were overweight (38 percent) or obese (28 percent) did. While time to remission did not differ among groups, at each timepoint (6 months, 12 months, 18 months, 24 months and 36 months), there was a higher proportion of normal weight patients achieving sustained remission as compared to those who are overweight or obese.

“It was really interesting to see the clear difference across the groups regarding the likelihood of getting into sustained remission, even as early as six months into the study,” explains Dr. Schulman. These differences persisted, even taking into account several factors including age, sex, race, smoking, education, other medical conditions, achieving remission by six months, steroid use, and early use of methotrexate.

“This study suggests that excess body weight is an important factor that affects how well RA medications work. Because excess weight is a potentially modifiable risk factor, clinicians should consider whether excess body weight is contributing to suboptimal disease control and outcomes in their patients. And for patients with excess weight, losing weight potentially provides a new opportunity to not only improve overall health, but potentially to help get their RA under better control,” Dr. Schulman concludes.

The study done by American College of Rheumatology (ACR)