The undisputed Queen of Burlesque, Dita Von Teese, is set to bring audiences an opulent evening of glamour and seduction in her brand new striptease spectacle, “The Art of the Teese” which kicks off February 1st, 2017 in Chicago, IL. 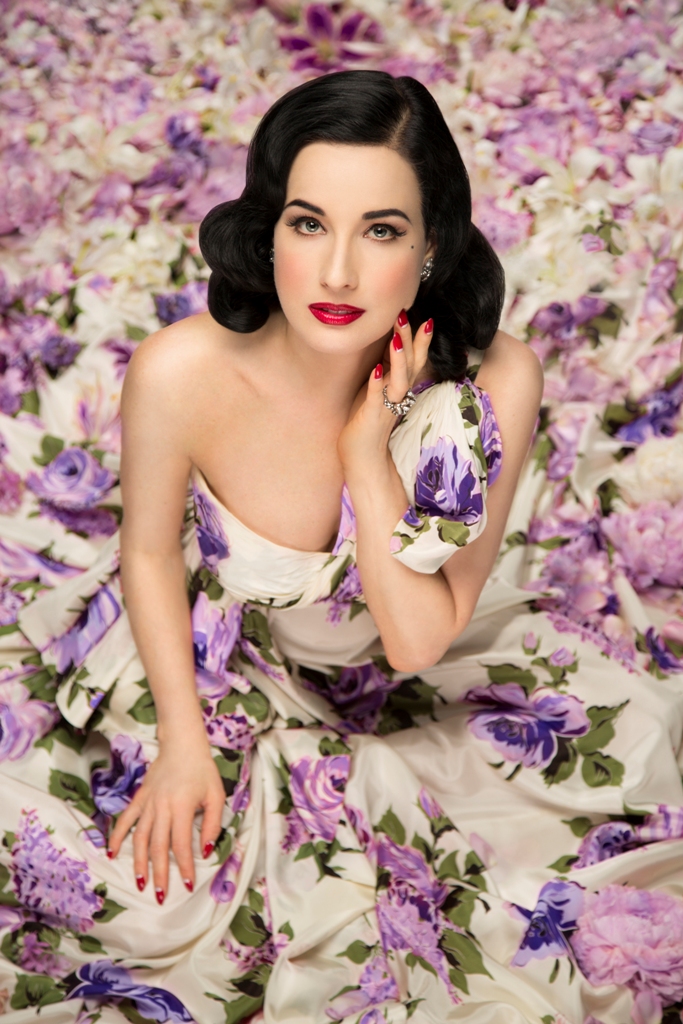 “I’ve had such a wonderful time touring with my show Strip, Strip, Hooray! all these years, and now I’m very excited to tour with my latest striptease spectacular ‘The Art of the Teese’.  In this all-new burlesque revue, I’m performing some of my best-loved acts that have never been seen on tour before, including a fresh version of “Lazy” that I originally created for the historic Crazy Horse Paris. I’ve teamed up with Swarovski and some of the world’s most revered fashion designers, including Jenny Packham, for more glitz and glamour than ever before. I’m also proud to present a show-stopping cast of the biggest stars of burlesque, with some of them performing my iconic acts from the past with their own distinctive signature style. This is my biggest US tour yet, and I’m especially thrilled to bring my burlesque show to my home state of Michigan for the first time ever!”

The decadent revue treats audiences to more show-stopping numbers from Dita Von Teese than ever before. In addition to newly-staged performances of some of her signature acts (including a brand new version of her iconic “Martini Glass” dance which features a giant art-deco style cocktail glass, crystallized from top to bottom with over 250,000 Swarovski crystals), Von Teese will stun crowds with never before seen acts all in one big show. Each show throughout the tour will showcase the stunning visuals of the exclusive acts that have made Von Teese the consummate performer in modern Burlesque, captivating the imagination and transporting audiences worldwide.

“The Art of the Teese” will mesmerize with a freshly re-staged performance of “Lazy” from Von Teese’s acclaimed residency at Crazy Horse Paris (including new costuming sponsored by Swarovski and designed by British designer, Jenny Packham), and a  revitalization of her breathtaking Rhinestone Cowgirl Act, complete with her sexy new male “Vontourage.”

The “Burlesque Superheroine” (Vanity Fair) will be joined on stage by a diverse group of the best burlesque performers from around the world. These performers break the mold and challenge the status quo, each bringing a unique and titillating element to the show. “The Art of the Teese” is an assorted exploration of seduction, breaking down the barriers of gender, size, age, and what it truly means to entice. The show-stopping all-star cast will be joined by special guests performing acts directed by Von Teese herself.

The Los Angeles Times says, “Her attention to detail and embellished glitz onstage is unparalleled, even for pop stars. From the sparkle of each and every Swarovski crystal (hundreds of thousands swathe pretty much every prop and article of clothing in the production) to the sensual lighting that caresses her slender porcelain frame to the vampy music that sets the mood for the procession of themed vignettes – your eye cannot turn away from the utter flawlessness of it all.”

“Dita is the true definition of glamour. “ -RuPaul

“Dita is for me a perfect Parisian, although she is from the midwest. I love strong personalities, strong characters, and Dita is like a heroine of a novel or a Hollywood movie.” – Jean Paul Gaultier