Physical inactivity is a global health problem that leads to approximately 3.2 million deaths each year, according to the World Health Organization. Researchers from the University of Missouri School of Medicine have found that a government-sponsored community activity program in Brazil is improving activity levels of women. The researchers believe the program could be scaled up and adapted to other communities around the world. 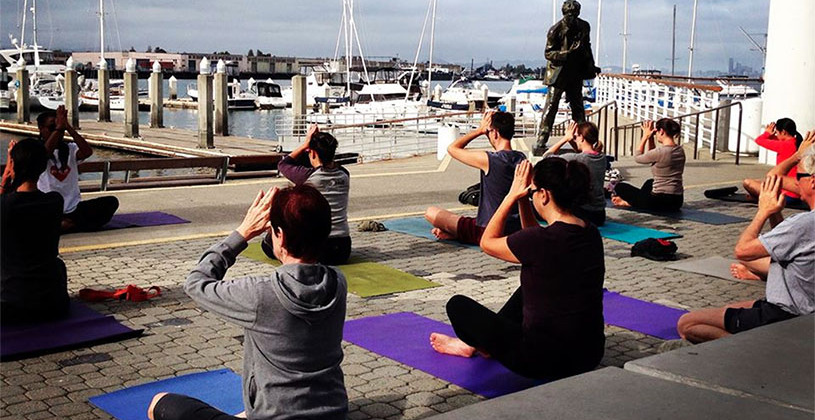 “To combat rising obesity rates, the Brazilian government created the Academia das Cidades program, or City Academies, to give residents free access to fitness facilities and instructors,” said Eduardo Simoes, M.D., chair of the MU Department of Health Management and Informatics and lead author of the study. “The program is aimed at adults, but has historically attracted middle-aged and older women who may not frequently exercise. Our research team studied the effectiveness of this program; we found that City Academies do meet their goal of increasing physical activity rates for adult women in these communities.”

A lack of physical activity has been associated with several health conditions, such as hypertension, high blood pressure and diabetes. Increased activity levels can help prevent these and other diseases, which can lead to better overall health. City Academies consist of free physical activity classes offered by trained physical educators every weekday morning and late afternoon in a community setting. The classes are held in renovated and beautified public spaces such as parks and plazas. Participants are screened for hypertension and obesity, and are referred to local public health programs if needed. Additionally, participants are provided free dietary guidance.

The program, which began in 2002 in Recife, the capital of the Brazilian state Pernambuco, has expanded to 184 cities in that state. In 2011, the Brazilian Ministry of Health adopted a modified version of the program known as Health Academies, and has since expanded the program to thousands of cities nationwide.

Researchers interviewed household members sampled through a series of three random surveys, with each survey occurring one year after the previous one. The researchers found that adult women’s rates of recommended leisure-time physical activity — at least 150 minutes of moderate intensity per week or 75 minutes of vigorous intensity per week — were significantly higher in these cities. For women who lived in these cities for three or more years, their odds of reaching recommended levels of leisure-time physical activity increased almost 50 percent. The odds of reaching recommended levels of leisure-time physical activity increased from 60 to 900 percent, depending on whether adult residents were former or current members of the program, and if the duration of their participation lasted for less than six months or for six or more months.

“With the program, we found a large increase in the population’s activity levels, especially for women,” Simoes said. “Worldwide and in Brazil, multiple surveys show that men are more active than women, education is directly related to leisure-time physical activity, and individuals of low socioeconomic status are less likely to engage in physical activity. Our study shows that these exercise programs help reduce those inequalities in physical activity. They may serve as a model for other communities and countries around the world to tackle the pandemic of physical inactivity.”

The study, “Effectiveness of a Scaled Up Physical Activity Intervention in Brazil: A Natural Experiment,” recently was published in Preventive Medicine, an international journal devoted to the science and practice of disease prevention, health promotion and public health policymaking. Research reported in this publication was supported by CNPq, the Brazilian National Council for Scientific and Technological Development. The researchers have no conflicts of interest to declare related to this study.