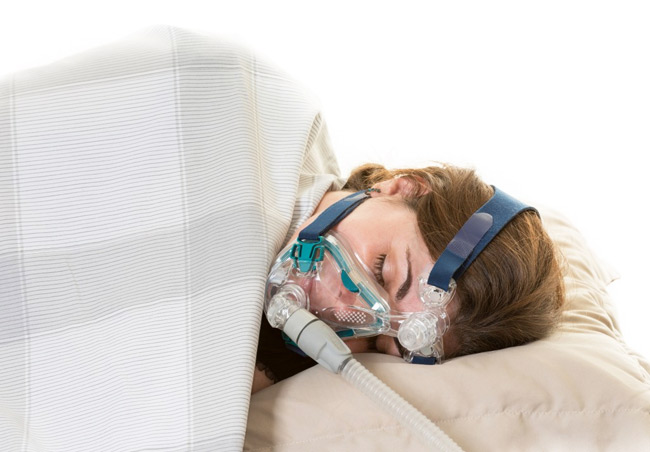 “OSA is a public health problem of the first order, due to its high prevalence and marked morbidity and mortality, having been linked to traffic accidents, cardiovascular complications and, more recently, neoplastic diseases,” he said. “Diabetes mellitus is a global epidemic. There are currently 382 million diabetics worldwide, a figure which is estimated to reach 592 million in 2035.”

Dr. Garcia-Rio and his colleagues studied results from 50 patients with both OSA and sub-optimally controlled type 2 diabetes, who were assigned to CPAP intervention or control. Participants, who ranged in age from 18 to 80, did not change diabetes medications during the trial unless medically necessary, nor were they expected to change their diets or level of physical activity.

In addition to measuring glucose control, researchers measured changes in insulin sensitivity and resistance, inflammatory proteins and other biomarkers that may be associated with type 2 diabetes glycemic control. Researchers found that those using CPAP showed a statistically significant:

Dr. Garcia-Rio said study findings suggest that “early identification of OSA in patients with type 2 diabetes, and assessment for metabolic abnormalities in those with OSA could reduce the cardiovascular disease risk of patients with these chronic diseases.”

Researchers believe results are generalizable, given that patients included in the study were referred from diabetes units or primary care physicians, reflecting standard clinical practice. Study limitations include small sample size, lack of a placebo arm and medication changes that were necessary for some patients during the trial.