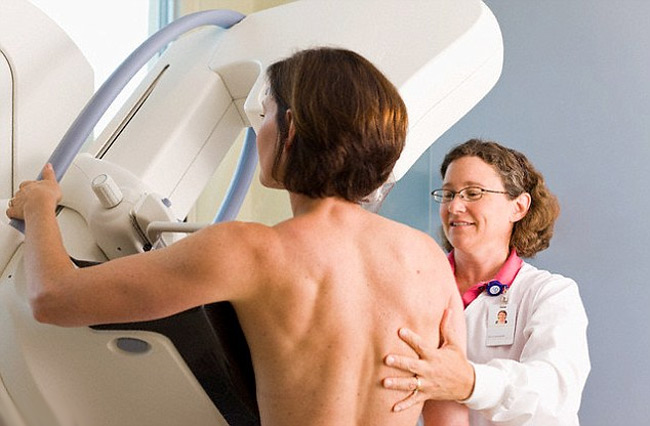 Scientists from The University of Manchester working with IBM Research have identified a key biological mechanism that for the first time explains why women with dense breast tissue are at greater risk of developing breast cancer.

The research, published in the journal Cell Cycle, has important implications for future cancer prevention and treatment.

Women with higher breast density — detected on mammograms — have more compacted breast tissue and are more likely to develop breast cancer, but until now the reasons for this have been unclear.Manchester scientists, funded by leading UK research organisation Breakthrough Breast Cancer, worked with IBM researchers and academics in the USA and Cyprus to uncover the biological mechanisms at play.

Their findings could help to improve breast cancer prevention by targeting these specific biological mechanisms with cancer therapies in at risk patients and potentially lead the way for a new strategy for the use of preventative treatments.

Professor Michael Lisanti, from The University of Manchester — part of Manchester Cancer Research Centre, said: “We know that high breast density can greatly increase a woman’s breast cancer risk as well as other factors such as aging, family history and presence of mutations in genes such as BRCA 1 and BRCA 2.

“What no one has fully appreciated before are the underpinning mechanisms at play. Using a bioinformatics approach, we have identified the relevant signalling pathways that make dense breast tissue more favourable for tumour formation.

“This signalling pathway could be used as a biomarker to identify women at higher risk of breast cancer more accurately and earlier than the current methods. Furthermore, there are drugs out there that block these pathways, so that these women could be offered effective chemoprevention.

The JNK1 network is known to instruct cells to release chemicals that create an inflammatory environment and inflammation is known to be a driver of tumour formation.

The study team explained that blocking the JNK1 network could feasibly reduce the risk of, and potentially prevent, breast cancer in women with high density breast tissue. Interestingly, the molecular signature of the fibroblasts isolated from high density tissue also matched the fibroblasts found in breast tumours, meaning drugs that interfere with the JNK1 network could also potentially act as a treatment for women who already have breast cancer.

Dr Federica Sotgia, from The University of Manchester’s Institute of Cancer Sciences and joint-senior author on the paper, said: “This research expands on the early work by the London surgeon Stephen Paget, who proposed the “seed and the soil” hypothesis, now over 125 years ago. In this paradigm, the “seeds” are the cancers cells and the “soil” is the tissue in which they grow.

“Our research has identified the right soil for seeds to flourish by looking at the microenvironment in the breast and examining the mechanisms at play. This can help us with designing new preventative trials, to develop and test new therapies, which might prevent progression on to cancer.

“Current cancer treatment often focuses on targeting cancer cells, but is not focused on targeting the fibrotic connective tissue, that may develop first, before you have cancer.

“The researchers now plan to team up with other world-leading experts in cancer signalling based in Manchester including Professor Nic Jones, Director of MCRC and Cancer Research UK Chief Scientist who heads the Cell Regulation Laboratory, which studies how cells respond to sudden adverse changes in their surroundings, known as environmental stress. They will also team up with Professor Tony Howell who specialises on breast density.

Aristotelis Tsirigos, computational biology researcher from IBM, said: “These results are very exciting. It suggests a new pathway to target in the microenvironment for cancer cells.”

Scientists at the Computational Biology Center in IBM Research provided analytics tools and performed analysis of the data to help tease out the biological mechanisms at play in studying the micro-environment of breast cancer cells. As biological data is becoming more abundant and available, data-driven analytics methods and high-performance computing systems are becoming more useful in suggesting novel hypotheses for life sciences experiments and discovery.

Professor Howell, based at the Genesis Breast Cancer Prevention Centre at University Hospital of South Manchester, and at The University of Manchester, said: said: “At least 50 per cent of cancer risk is genetic, but activated cell stress signalling could potentially be reduced by dietary or lifestyle intervention. This research should help with a cancer prevention strategy, rather than waiting to treat the cancer once it arrives.”

The study done by Manchester University.