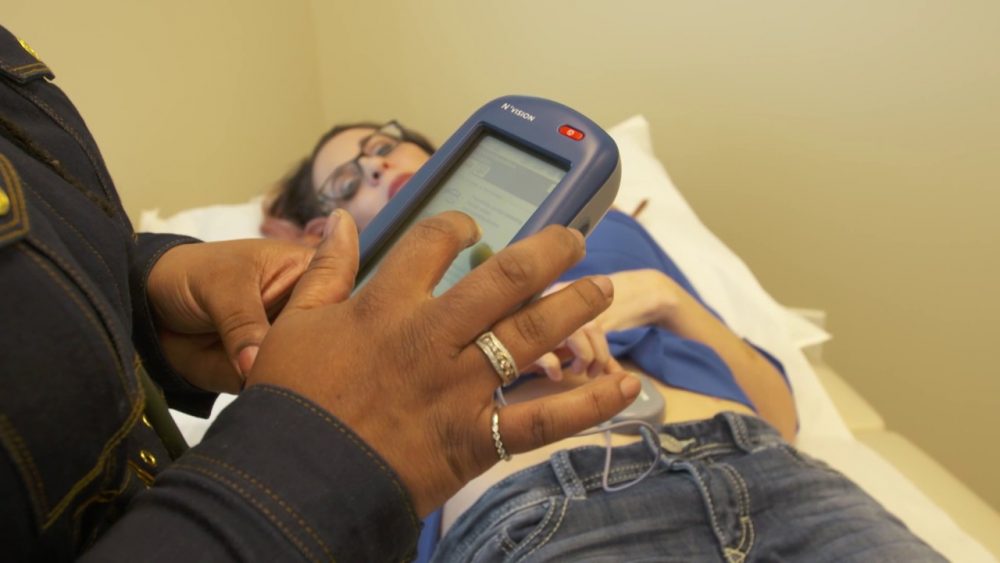 According to the National Institutes of Health, as many as five million Americans may suffer from gastroparesis, a stomach paralysis that makes it very difficult to digest food.

It affects people with diabetes and Parkinson’s disease, and for one-third of the patients, the cause is unknown.

Now, a special treatment is giving people back their lives.

Erica Davila has had stomach problems her whole life. She was misdiagnosed with irritable bowel syndrome. The pain and nausea became so bad she had to leave her job as an operating room nurse.

“It’s a horrible way to live. I felt like I couldn’t be myself and didn’t have an interest in food,” Erica explains.

Finally, she met Dr. Terilyn Scott-Winful, who diagnosed gastroparesis, a rare condition caused by a nerve dysfunction that results in stomach paralysis. The most severe cases require a feeding tube, an option Erica and her doctor hoped to avoid.

“So with gastroparesis, you have delayed accommodation so food can’t be distended and made room for, and then it’s not being ground up and pushed out,” Scott-Winful says.

Medication and diet therapy didn’t work, so a gastric stimulator — similar to a pacemaker for the heart — was inserted into Erica’s stomach. It sends an electrical impulse to jump start the stomach muscles.

“It kind of gives the stomach a shock to try to get those nerves shocked to give the muscles the impulse to be able to move and to contract, to push food through the stomach,” Scott-Winful explains.

“Life is far better now. I’m able to eat more than I used to,” Erica says.

Doctors use at least five different tests to diagnose gastroparesis and rule out conditions that may cause similar symptoms.

People with gastroparesis are encouraged to eat a modified diet that is low in sugar, fiber, dairy, and wheat.