The large-scale international study ABCSG 42/PALLAS is currently investigating whether a drug that is already showing great promise in the treatment of metastasised breast cancer might also increase the success of treatment of the most common type of breast cancer: early-stage hormone-receptor-positive, HER2-negative breast cancer. The study is being conducted in the USA and in other countries including Austria, Australia, Belgium and Spain, for example. 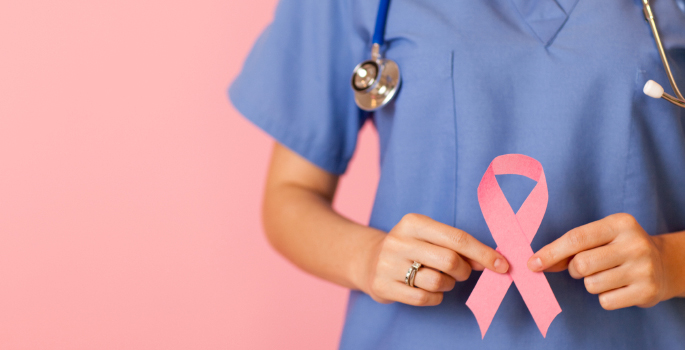 In Austria, there are around 5,200 new cases of breast cancer every year. The vast majority of these are women but some men are also affected. Around 75% of newly diagnosed breast cancers are of the hormone-receptor-positive type, that is to say their growth is stimulated by the release of sex hormones.

In a large-scale international study, ABCSG 42/PALLAS, researchers are now investigating whether standard endocrine therapy — that is to say a therapy that inhibits the production of these hormones — can be improved by the additional administration of the drug palbociclib. Palbociclib is a so-called kinase inhibitor, an active agent that inhibits cell growth and the division of cancer cells.

Says Michael Gnant, who is heading up this global study outside the USA: “Palbociclib has already been licensed to treat metastasised breast cancer, where it is proving to be very successful. The drug has the potential to revolutionise the treatment of early-stage, hormone-receptor-positive breast cancer. Our aim is to extend progression-free survival and, in the long term, to achieve a permanent cure in the majority of patients.”

Worldwide, it is expected that 4,600 patients from 25 countries will be included in this largest ever international Phase-III trial for patients with hormone-receptor-positive early-stage breast cancer. Approximately half of these are being recruited in the USA. Gnant: “Since the principal investigator is based here in Austria, with the focal point at the Comprehensive Cancer Center (CCC) of MedUni Vienna and Vienna General Hospital, we might manage to include up to 500 Austrian patients in the study, thereby giving them access to this new therapy.”

The ABCSG 42/PALLAS study is comparing disease-free survival with standard endocrine therapy (at least 5 years) plus the drug palbociclib (2 years) against that of standard endocrine therapy on its own (at least 5 years) in female and male breast cancer patients with ER-positive and HER-negative breast cancer and risk of recurrence Stage II or III[U1] . It is taking place in an adjuvant setting, that is to say that all study participants have already had the tumour surgically removed.

Outside the USA, the study is currently being conducted in Austria, Australia, Belgium and Spain, with new trial centres joining all the time. For example, the Ethics Committee has already given a positive vote for Hungary. The recruiting phase should be completed by 2018; 309 patients have already been recruited worldwide, 81 of these from Austria.

The global project is being conducted together with Alliance Foundation Trials (AFT), the Breast International Group (BIG) the German Breast Group (GBG), the National Surgical Adjuvant Breast and Bowel Project (NSABP), PrECOG from the Eastern Cooperative Oncology Group and Pfizer as industrial partner.