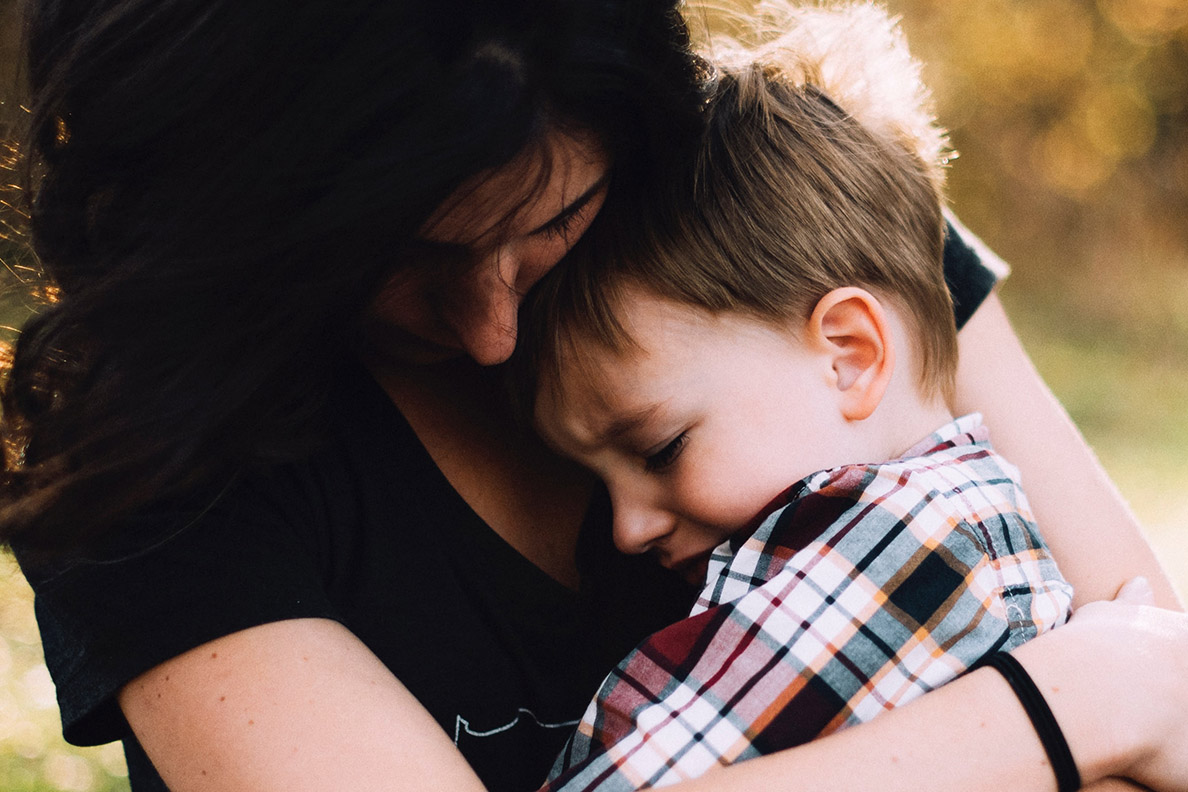 Stress is common in a family setting, especially when people are spending so much time together under stay-at-home measures meant to slow the spread of COVID-19. New research finds that parents suppressing feelings of stress around their kids can actually transmit those feelings to the children.

In a paper published in Journal of Family Psychology, Sara Waters, assistant professor in Washington State University’s Department of Human Development, and her colleagues studied interactions between parents and children between the ages of seven and 11. They found that children had a physical response when parents tried to hide their emotions.

“We show that the response happens under the skin,” said Waters, the corresponding author on the paper. “It shows what happens when we tell kids that we’re fine when we’re not. It comes from a good place; we don’t want to stress them out. But we may be doing the exact opposite.”

The researchers studied 107 parents, nearly half of whom were fathers, and their children. They first got baseline measurements from both parent and child, and asked each to list the top five topics that caused conflict between them. Then, they separated the parents from children and asked each parent to perform a stressful activity, like public speaking, to activate the physiological stress response system.

Next, with the parent suitably stressed, they brought the child back in and asked them to have a conversation about the topic that ranked highest on both of their conflict lists. Half of those parents were asked to suppress their emotions during the conversation.

The interactions were all filmed and scored by third party viewers who didn’t know which parents were in which group. The parents and children also had sensors on their bodies to measure the physiological responses.

They found that for the groups suppressing emotions, both parents and children were less warm and engaged with each other.

“That makes sense for a parent distracted by trying to keep their stress hidden, but the kids very quickly changed their behavior to match the parent,” Waters said. “So if you’re stressed and just say, ‘Oh, I’m fine’, that only makes you less available to your child. We found that the kids picked up on that and reciprocated, which becomes a self-fulfilling dynamic.”

In the study, mothers in the control group did not transmit their stress to their children. But, for mothers asked to suppress their emotions, their children exhibited more signs of stress, both physiologically and externally. It wasn’t the same for fathers.

“We found that moms and dads were different,” Waters said. “We were looking for a physiological response, but there wasn’t one in either the control or the experimental condition where dads transmitted stress to their kids.”

“We think that fathers not transmitting their suppressed stress may be because, often, fathers tend to suppress their emotions around their children more than mothers do,” Waters said. “The kids have experience with their dad saying things are fine even when they’re not. But it was more abnormal for kids to see their mom suppressing their emotions and they reacted to that.”

The more out of control parents feel, and during a global pandemic that feeling is likely exacerbated, the stronger they have an impulse to reassure their kids that everything is ok.

“Research shows that it’s more comforting for kids to have their feelings honored than just be told ‘It’s going to be fine,'” Waters said.

For instance, if a child tells their parents it sucks not to see their friends anymore, don’t immediately try to fix that problem, Waters said.

“Just sit with them and give them a chance to regulate those emotions on their own,” she said. “Try not to show that you’re frustrated with them, or solve their problem. And try to do the same for yourself, give yourself permission to be frustrated and emotional.”

Waters said her biggest fear with this study is it will cause parents more stress.

“We don’t want this to be another thing that parents stress out about when raising their kids,” she said. “It’s not that you are screwing up — but honor your feelings and your child’s feelings. Be brave enough to look at it. Kids will work their way through it; they’re good at it. Giving yourself permission to feel opens up your mind to more and better problem solving. It’s a good thing.”