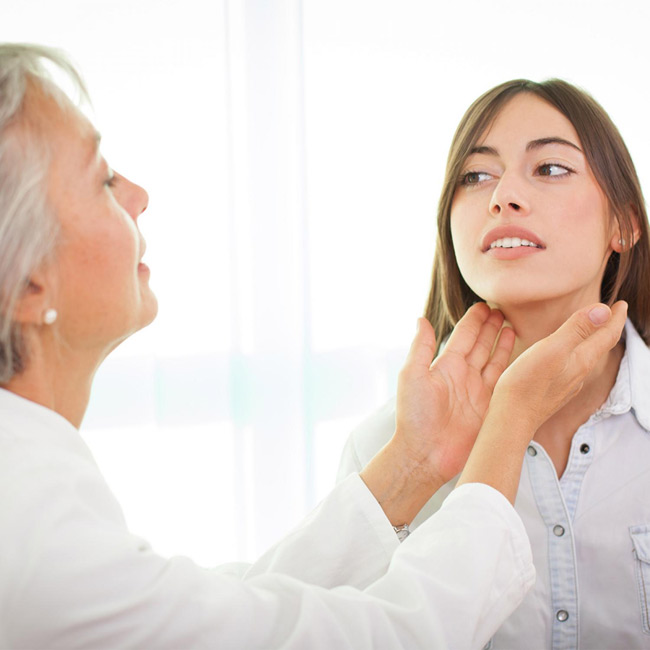 Women with elevated levels of common types of flame retardant chemicals in their blood may be at a higher risk for thyroid disease–and the risk may be significantly higher among post-menopausal women, according to a new study from researchers at Harvard T.H. Chan School of Public Health.

The new paper is the first to suggest a link between polybrominated diphenyl ethers (PBDEs) and increased risk of thyroid problems in post-menopausal women in a nationally representative sample of women in the U.S. Thyroid problems include hyperthyroidism, hypothyroidism, goiter, or Hashimoto’s disease.

“These chemicals are just about everywhere, from the blood in polar bears to eagles to humans on every continent,” said Joseph Allen, assistant professor of exposure assessment science at Harvard Chan School and the study’s lead author. “This near ubiquitous exposure means we are all part of a global experiment on the impact of endocrine disrupting chemicals on our bodies.”

PBDEs have been used as flame retardants for decades, largely in furniture, in quantities up to 20% of the weight of the product. Over time, they migrate out of the furniture into the air, settle into dust in homes, schools, offices, and the outdoors, and accumulate in people’s bodies. Previous research has shown that these chemicals accumulate in fatty tissue and interfere with hormonal functions, including interference with thyroid hormones. Because it’s known that estrogen levels regulate thyroid hormones, researchers theorized that post-menopausal women may be particularly vulnerable to PBDE-induced thyroid effects.

The researchers looked at a nationally representative sample of women involved in the National Health and Nutrition Examination Survey (NHANES). They compared the levels of four common PBDEs in participants’ blood samples in 2003-04 with their history of thyroid problems.

The researchers found that, overall, women were about five times more likely than men to have a thyroid problem. The percentage ranged from 13-16% among women, compared with 2-3% among men.

Women with the highest flame retardant concentrations in their blood were significantly more likely than those with lower concentrations to have a thyroid problem. The effect size was doubled in post-menopausal women.

“To our bodies, these flame retardant chemicals look and function exactly like endogenous hormones our bodies produce. Should we be surprised that we see downstream health effects for women with higher body burdens of these chemicals? I think no. This is all too predictable and preventable,” said Allen.

One limitation of the study is that it couldn’t determine effects from newer flame retardant chemicals because they are not currently reported by NHANES.