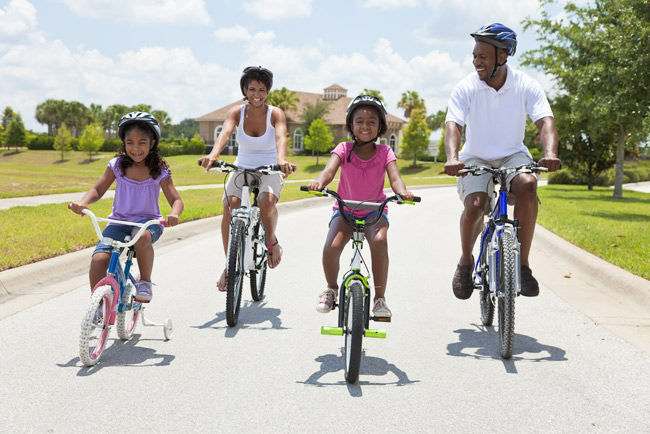 A recent Finnish study showed that individualized and family-based lifestyle counseling helps 6-8-year-old children increase their physical activity levels and improve their diet quality during a two-year follow-up. The results of the study conducted at the University of Eastern Finland were recently published in Preventive Medicine.

“Children from families who participated in lifestyle counseling were physically more active, ate more vegetables and vegetable-oil-based spreads and had a higher intake of important nutrients than children in the control group. However, the impact of the intervention on screen time remained modest,” says Anna Viitasalo, MD, PhD, from the University of Eastern Finland.

The researchers investigated the effects of physical activity and dietary counseling on physical activity, sedentary behavior and diet quality during a two-year period in over 500 children aged 6-8 years, as part of the Physical Activity and Nutrition in Children (PANIC) Study.

The study showed that children from families who received lifestyle counseling particularly increased their leisure-time physical activity, while it decreased in the control group. Screen-based sedentary behavior, such as watching TV and playing computer games, increased in both groups, but less in the intervention group compared to the control group.

The researchers also found that lifestyle counseling increased the consumption of vegetables, low-fat milk and vegetable oil-based spreads in children. The health-promoting changes in diet quality also increased the intake of fibre and vitamins C and E.

During the two-year follow-up, the families in the intervention group participated in six physical activity and dietary counseling sessions which aimed to find suitable and practical ways to increase physical activity, reduce sedentary behavior, and improve diet quality in each family. Children in the intervention group could also participate in exercise clubs organized by the study. The children’s physical activity, screen-based sedentary behavior and diet quality were assessed at baseline and at two-year follow-up.

The study done by University of Eastern Finland.