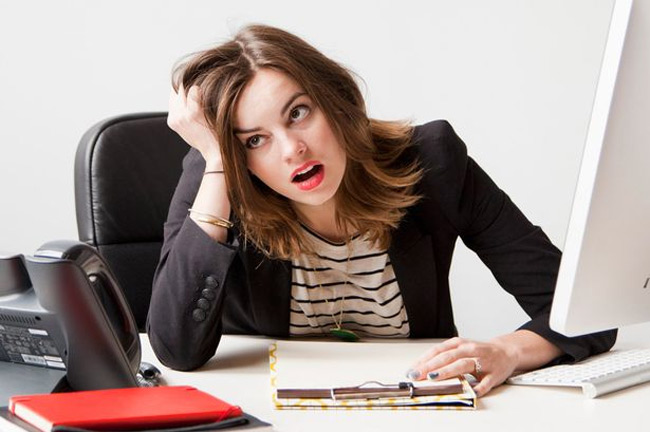 While the number of men dying from a heart attack has been constantly decreasing during the past twenty years, the fatal risk particularly in young women has increased significantly. Gender medicine has already demonstrated that women exhibit different symptoms. A new insight shows that stress in the daily routine has particularly adverse effects on the hearts of women. This was emphasised by Alexandra Kautzky-Willer, Professor for Gender Medicine of MedUni Vienna, on the occasion of the impending International Women’s Day on 8 March 2016.

Today, it has long since been known that women tick medically differently with respect to men. This equally affects the correct diagnosis of symptoms and suitable therapeutic measures. So, for example, women were often wrongly diagnosed in case of a heart attack as, quite often, their body sends alarm signals that are different from those of men.

Cardiovascular disorders in women over 65 years and in men over 45 years of age are the most frequent cause of death in Austria, as stated by the Ministry of Health. Every year, 47% of the women and 38% of the men die from cardiovascular disorders. Known risk factors, such as smoking, increased blood fats, low HDL cholesterol, high blood pressure, diabetes, stomach fat and lack of exercise are responsible for the increased mortality rate. Most of those have a much more dramatic effect in women then in men. This is exacerbated by gender-specific risks such as irregular menstrual cycles, early menopause, pregnancy complications such as gestational diabetes or preeclampsia and the pill or hormone replacement therapies. Diabetes is often an underlying condition for women with cardiovascular diseases, which significantly increases the risk of a heart attack than in case of men. Following menopause, blood pressure generally increases and blood fats and body fat distribution are tendentially subject to adverse changes, which also increases the risk.

Alexandra Kautzky-Willer explains: “In case of cardiovascular disorders, women have a different age distribution, other clusters of risk factors and the vascular changes in the heart also differ morphologically. Furthermore, the diagnosis and therapy are often more difficult: Examinations such as ECG or ergometry are less conclusive; even the heart attack blood markers in women could be improved with new, specific limit values and new gender-specific biomarkers could be established. In case of acute coronary syndrome, women often suffer from a non-obstructive, functional coronary artery disorder and, in case of cardiac failure, a dysfunction of the filling function of the heart at preserved output performance in comparison with men. The long-term results for both forms of illness have principally slightly improved, but few studies and guidelines for treatment are available. A current expert report points out the special risk of women and important future fields of research in gender medicine.

The impact of psychosocial stress on the health of women’s hearts has been underestimated in the past. The multiple stress factors due to job, household and domestic care of relatives cause the stress symptoms which may manifest organically in the heart. Studies showed that particularly female migrants are exposed to a high risk of cardiovascular diseases. Kautzky-Willer: “Next to adiposity and diabetes, also post-traumatic stress disorders play a considerable role here.”

For acute relief, Kautzky-Willer recommends to women to actively incorporate periods of rest in the daily routine and to ensure sufficient physical activities to alleviate stress. These could also include wellness offers and stress reduction programs, as available in women’s health centres. Studies revealed that women are actually disburdened by treatments such as relaxation therapies, massages etc. and exhibit better results following such a treatment. It would also be sensible to establish more outpatient offers in the rehabilitation sector. Women are generally inclined to disregard the utilisation of rehabilitation times following operations and illnesses due to the worry about neglecting their household.

New cholesterol reducers as an opportunity for women

Medication has a greater effect in women than in men. In the event of an impending heart attack, the physician often prescribes Statin as a cholesterol reducer in order to prevent risky vascular calcification. Women achieve the target LDL cholesterol levels less frequently and often tolerate this medication to a lesser extent than men. According to the MedUni Vienna expert, an antibody-based medication, a class which was approved in Europe only last year — the so-called PCSK9 inhibitors — could provide a remedy. While Statin prevents the development of LDL cholesterol by blocking a necessary protein, PCSK9 inhibitors stimulate liver cells to increasingly remove LDL from the blood. The medication has to be administered subcutaneously on a regular basis.

The study done by Medical University of Vienna.