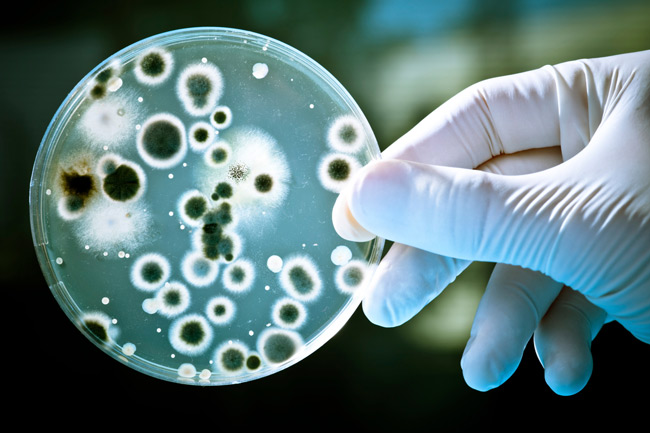 They’re inside our gut, on the skin, and in the mouth. Thousands of different types of micro-organisms live in and on the body, playing helpful roles in digestion or in aiding the body’s natural defense system. Now, scientists at the University of North Carolina Lineberger Comprehensive Cancer Center have found tiny organisms living in the upper female reproductive tract, an environment they said was once thought to be sterile.

In a preliminary finding (abstract 5568) presented Monday, June 6, at the 2016 American Society of Clinical Oncology Annual Meeting in Chicago, researchers revealed they have found bacteria in the ovaries and in the fallopian tubes. And with an additional finding that women with ovarian cancer have a different bacterial makeup, researchers are asking whether these tiny organisms could play a role in cancer development or progression.

“This is a place essential to the beginning of life — you don’t expect that it’s a place that’s teeming with bacteria,” said Wendy R. Brewster, MD, PhD, a UNC Lineberger member, an associate professor in the UNC School of Medicine Department of Obstetrics & Gynecology, and director of the UNC Center for Women’s Health Research. “But there are bacteria in chemical pits at the bottom of the ocean, so why not in the fallopian tubes? Our proof of principle study has determined that while the upper female reproductive tract certainly isn’t teeming with bacteria, there are bacteria present.”

To test whether there were bacteria in the upper female reproductive tract, researchers gathered samples from 25 women with and without cancer who were undergoing surgery to either have their uterus, fallopian tubes, or ovaries removed.

The researchers then used genetic sequencing to determine what types of bacteria were present. They were able to do this because bacteria have a common, shared gene, said study co-author Temitope O. Keku, PhD, a UNC Lineberger member and research professor in the UNC School of Medicine Division of Gastroenterology and Hepatology. Between different species, there are regions of the gene that vary in sequence.

Genetics-based approaches to identifying bacteria have made studies like theirs possible, Keku said, as some bacteria cannot be grown outside of the body in the laboratory.

“I think that’s what’s led to the explosion of this field,” she said.

From their analysis, the researchers found different types of bacteria in the fallopian tube and ovary. They also found differences in the types of bacteria in the upper reproductive tracts of women with and without epithelial ovarian cancer. Keku said the bacterial strains in the women with ovarian cancer were more pathogenic. The findings were borderline statistically significant, which the researchers said suggested a trend.

“We found that the upper reproductive tract is not sterile, and that bacteria do actually exist there,” Keku said. “In patients with ovarian cancer, we found more pathogenic types of bacteria.”

While they said it’s too early to tell if the bacterial differences play a role in cancer development, researchers said their proof-of-concept study is a step needed to answer that question. Further studies are needed to determine if changes in the type of bacteria and other organisms in those regions come before the development of cancer.

Researchers are also searching for early detection methods for ovarian cancer, a disease that’s often caught in very late stages. If the researchers find this unique profile is linked to cancer development, they believe they could potentially use the microbiota in other sites such as the vagina or colon as a screening tool.