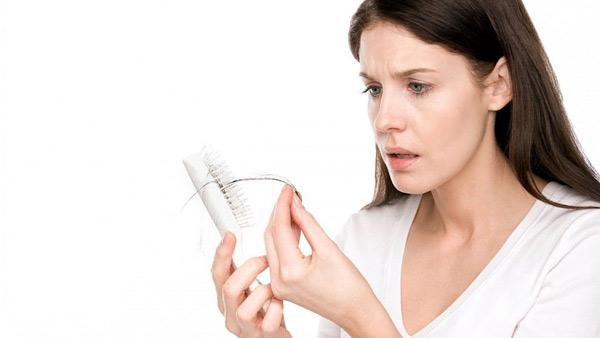 A team of investigators led by Columbia University Medical Center has uncovered eight genes that underpin alopecia areata, one of the most common causes of hair loss, as reported in a paper in the July 1, 2010 issue of Nature. Since many of the genes are also implicated in other autoimmune diseases, including rheumatoid arthritis and type 1 diabetes — and treatments have already been developed that target these genes — this discovery may soon lead to new treatments for the 5.3 million Americans suffering from hair loss caused by alopecia areata.

According to the National Alopecia Areata Foundation, alopecia areata is a common autoimmune skin disease resulting in the loss of hair on the scalp and elsewhere. It affects approximately two percent of the population overall. While it affects both men and women equally, it is diagnosed more often in women, since they are more likely to seek treatment.

Among the eight genes, one stands out for its potential role in the onset of alopecia areata. The gene, called ULBP3, is known to act as a homing beacon for cytotoxic cells that can invade and quickly destroy an organ. Normally, ULBP3 is not present in hair follicles, but the ULBP3 proteins are abundant in hair follicles affected by alopecia areata. The proteins attract cells marked by a killer cell receptor, known as NKG2D. In addition to ULBP3, two other genes are expressed in the hair follicle, while the five remaining genes are involved in the immune response.

“Finding the initial genes underlying alopecia areata is a big step forward, but the nature of the genes is even more exciting,” said Angela M. Christiano, Ph.D., professor of dermatology and genetics & development at Columbia University Medical Center, and lead author of the study. “There seems to be a shared mechanism among organs that express NKG2D danger signals as part of the initiating process. And since drugs are already in development that target these pathways — because they are being tested to treat rheumatoid arthritis, type 1 diabetes and other diseases where the NKG2D receptor is involved — we may soon be able to test these drugs in clinical trials for alopecia areata. Finally, we have the possibility of developing drugs that specifically target the mechanism behind the disease.”

For years, alopecia areata was thought to be related to psoriasis because both are inflammatory diseases where T cells attack the skin. For this reason, psoriasis drugs have been tested in clinical trials for alopecia areata, but without much success. In this research, Dr. Christiano and her team found few genes in common to both diseases. Rather, they showed that alopecia areata genes have more in common with those implicated in rheumatoid arthritis, celiac disease, and type 1 diabetes.

“This research is very exciting as alopecia areata affects a huge number of people worldwide, and there are very few treatments for it — resulting in an enormous unmet medical need,” said Vicki Kalabokes, president and CEO of the National Alopecia Areata Foundation, which funded Dr. Christiano’s early pilot studies on the genetic basis of alopecia areata. “Hair loss is life-altering — sufferers, especially children, experience social stigma. It affects their quality of life and can lead to long-term psychosocial impact.”

A huge source of frustration for patients is not being able to predict the progression of disease, which is highly unpredictable. Alopecia areata usually starts with one or more small, round patches on the scalp and may progress to total scalp hair loss (alopecia totalis) or complete body hair loss (alopecia universalis). Hair may grow back in or fall out again at any time, and the disease course is different for each person. Treatments often involve steroid injections into the scalp or other affected site of hair loss, topical foams, irritant factors, and rarely, systemic steroids.

To address this problem of not being able to predict disease progression, Dr. Christiano and her team looked for a correlation between how many genes (each gene comes in two pairs) people with different severities of alopecia areata carried, and found that people who carried 13-14 genes had disease that did not progress, while those with 16 or more most often progressed to alopecia universalis (total baldness).

With this new data, she is developing a genetic test that, with reasonable certainty, can predict the severity of disease.

This research was conducted using more than 1,000 samples from the National Alopecia Areata Registry, a patient registry for alopecia areata funded by the National Institute for Arthritis and Musculoskeletal and Skin Diseases at the National Institutes of Health. Columbia University Medical Center is one of five collection sites nationwide.

“The advantage of this large sample size is that we can be sure that this group of genes was identified with a high statistical significance and did not happen by chance,” said Dr. Christiano. “The next step is to replicate this study in future research.”