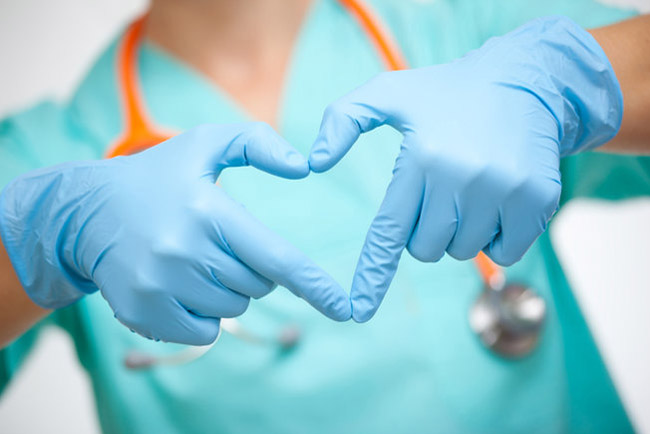 In this study, the investigators tested the hypothesis that incorporating genetic risk information into CHD risk estimates would lead to lowering of LDL levels. Participants were randomized to receive a CHD risk estimate that included genetic risk information versus an estimate based on conventional risk factors alone. Conventional risk factors include high blood pressure, diabetes, physical inactivity and a history of smoking. Six months after risk disclosure, the LDL levels were nearly 10 milligrams per deciliter of blood lower in those randomized to receive genetic risk information. The lower LDL levels resulted from a greater proportion of individuals in this group being started on statin medication.

“This study demonstrates for the first time that disclosing genetic risk information for a common disease such as CHD can result in changes in a relevant health outcome, in this case, LDL levels,” says Iftikhar Kullo, M.D., Mayo Clinic cardiologist and lead author. “The study also demonstrates the feasibility of placing genetic risk information into the electronic health record to empower patients and physicians to make decisions related to initiation of a statin medication. This is an important advance in the area of precision medicine for cardiovascular diseases.”

The MI-GENES Study included 207 people, ages 45-65, with no known atherosclerotic vascular disease who were not on a statin and were at intermediate risk for CHD. The 10-year probability of heart attack was 5 to 20 percent. They were randomized to receive a 10-year probability of heart disease based on conventional risk factors alone versus conventional risk factors plus a genetic risk score (GRS). The GRS is derived from 28 genetic variants associated with CHD risk. For both groups, heart disease risk was disclosed by a genetic counselor, followed by a discussion with a physician about statin use. Participants’ LDL levels were checked at three and six months.

LDL cholesterol transports cholesterol particles throughout the body and can build up in the walls of arteries, making them hard and narrow and may cause heart attacks. CHD remains the leading cause of death in the U.S. Often, the first manifestation is sudden death or heart attack.

“Our ability to predict the risk of an individual to suffer such an event is somewhat limited,” Dr. Kullo says. “Incorporating genetic risk information into CHD risk estimates may improve our ability to more precisely identify individuals at risk.”

The study was one of the genomic medicine pilots initiated in the last phase of the Electronic Medical Records and Genomics Network that is funded by the National Human Genome Research Institute.