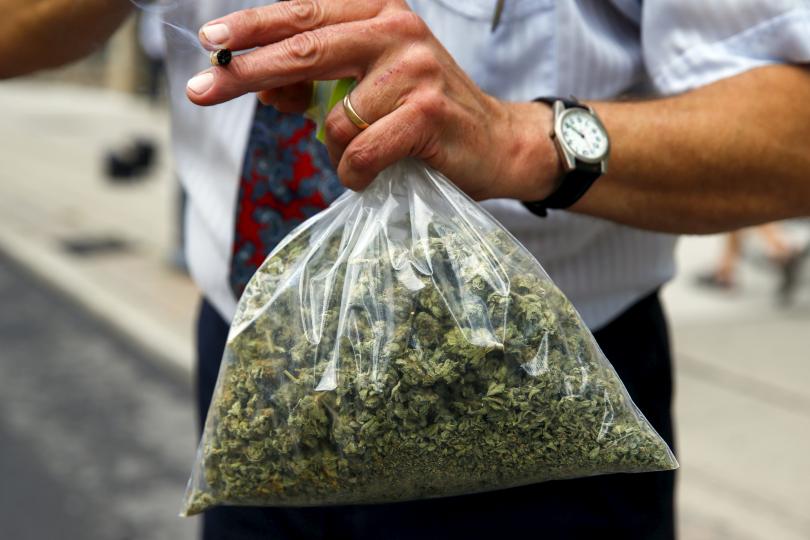 Fifty years of drug policies aimed at restricting and criminalizing drug use and minor possession have had serious detrimental effects on the health, wellbeing and human rights of drug users and the wider public, according to a major new report by The Lancet and Johns Hopkins University in the US.

The authors of the Johns Hopkins-Lancet Commission on Public Health and International Drug Policy call for non-violent minor drug offenses including use, possession, and petty sale, to be decriminalized. The report provides compelling evidence from countries such as Portugal and the Czech Republic that have decriminalized non-violent minor drug offenses, and seen significant public health benefits, cost savings, and lower incarceration with no significant increase in problematic drug use.

The authors call for an evidence-based approach to drug policy. With the legalization of cannabis in Uruguay and four US states (Washington, Colorado, Oregon, and Alaska), the Commission urges governments considering regulated markets like these to find appropriate ways of evaluating their impact so that lessons can be learned.

The Commission has reviewed the global evidence base on the health impacts of drug policy. The report finds that the biggest contribution to higher rates of infection among drug users is the excessive use of incarceration and the systematic exclusion of people who use drugs from HIV and hepatitis C prevention, treatment and harm reduction (including needle exchange and opioid substitution therapy) — whether in the community or in prison. Indeed, new analysis by the Commission finds that harsher prison sentences are associated with higher rates of hepatitis C infection among injecting drug users.

Evidence also shows that drug law enforcement has been applied in a discriminatory way against racial and ethnic minorities and women, and has undermined human rights. For example, new estimates suggest that prisoners in Mexico are now more likely than before to be subjected to torture and abuse, since the government’s 2006 decision to use military force against drug traffickers.

The report is launched in New York ahead of the United Nations General Assembly Special Session (UNGASS) on 19th April — the first UNGASS meeting on drugs since 1998.

“The goal of prohibiting all use, possession, production, and trafficking of illicit drugs is the basis of many of our national drug laws, but these policies are based on ideas about drug use and drug dependence that are not scientifically grounded,” says Commissioner Dr Chris Beyrer, Johns Hopkins Bloomberg School of Public Health, US. “The global ‘war on drugs’ has harmed public health, human rights and development. It’s time for us to rethink our approach to global drug policies, and put scientific evidence and public health at the heart of drug policy discussions.” [2]

“The idea of reducing harm is central to public policy in so many areas from tobacco and alcohol regulation to food or traffic safety,” says Commissioner Dr Joanne Csete, Mailman School of Public Health, Columbia University, New York, US, “but when it comes to drugs, standard public health and scientific approaches have been rejected. Worse still, by dismissing extensive evidence of the health and human rights harms of drug policies, countries are neglecting their legal responsibilities to their citizens. Decriminalization of non-violent minor drug offenses is a first and urgent step in a longer process of fundamentally re-thinking and re-orienting drug policies at a national and international level. As long as prohibition continues, parallel criminal markets, violence and repression will continue.” [2]

“Approximately 11% of people who used illicit drugs worldwide are classed as problematic drug users. But the idea that all drug use is necessarily ‘abuse’ means that immediate and complete abstinence has been seen as the only acceptable approach. In countries and regions where opiate substitution therapy remains unavailable or is not provided to scale, HIV and hepatitis C epidemics continue to expand. Furthermore, continued criminalization of drug use fuels HIV, hepatitis C and tuberculosis transmission within prisons and the community at large. There is another way. Programmes and policies aimed at reducing harm should be central to future drug policies,” says Commissioner Professor Adeeba Kamarulzaman, University of Malaya, Kuala Lumpur, Malaysia.

Specifically, the Commission concludes that:

A number of countries, mostly in Europe, have decriminalized minor drug offenses with good results, including more ability to reach people with health and social services and better capacity of the police to focus their efforts on high-level trafficking offenses. Drug use, low-level possession and petty sale of drugs should not be subjected to criminal penalties, including prison sentences, and health and social services for drug users should be improved.
People who use drugs have been shown in many countries to be keen to take advantage of prevention and treatment services, but they are often systematically excluded on the grounds of being thought unworthy or unreliable as patients. Governments should invest in comprehensive HIV, TB and hepatitis C services for people who use drugs. While sexually transmitted HIV is on the decline globally, HIV transmission linked to drug use is increasing. Comprehensive HIV, hepatitis C and TB services should be scaled up in prisons as well as in the community.
Overdose deaths can be greatly reduced by ensuring that people who use opioids have good access to medication-assisted treatment and by ensuring that people who use drugs or are likely to witness overdoses have access to and are trained in delivering naloxone, a medicine that reverses overdose.

Increasing numbers of national governments and sub-national jurisdictions (such as US states) are introducing legally regulated markets of cannabis. Governments and research bodies should see these as opportunities for rigorous scientific research and evaluation so best practices for public health and safety can be identified and emulated.

Over-zealous drug control policies are limiting access to pain medications for legitimate clinical use in too many countries. Governments must find balanced policies for ensuring that people have access to controlled medicines such as opioids for the relief of pain while still impeding non-medical use of these substances.