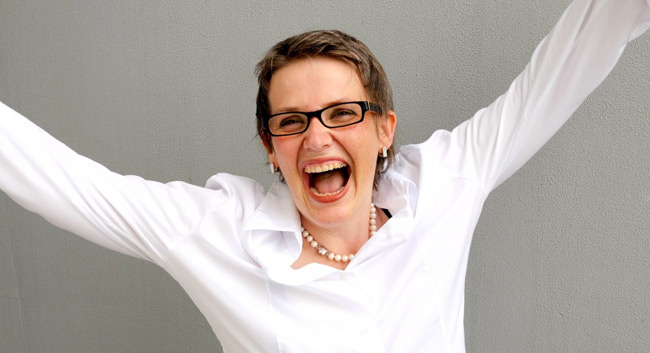 Happy events can trigger a heart condition known as takotsubo syndrome, according to research published today (Thursday) in the European Heart Journal.

Takotsubo syndrome (TTS) is known as “broken heart syndrome” and is characterised by a sudden temporary weakening of the heart muscles that causes the left ventricle of the heart to balloon out at the bottom while the neck remains narrow, creating a shape resembling a Japanese octopus trap, from which it gets its name. Since this relatively rare condition was first described in 1990, evidence has suggested that it is typically triggered by episodes of severe emotional distress, such as grief, anger or fear, with patients developing chest pains and breathlessness. It can lead to heart attacks and death.

Now, for the first time, researchers have systematically analysed data from the largest group of patients diagnosed with TTS worldwide, and found that some patients have developed the condition after a happy or joyful event; they have named it “happy heart syndrome.”

In 2011, Dr Christian Templin, principle investigator and consultant cardiologist, together with Dr Jelena Ghadri, resident cardiologist, established the first International Takotsubo Registry at the University Hospital Zurich in Switzerland. For this study they have analysed data from the first 1750 patients registered from the 25 collaborating centres in nine different countries.

They found 485 patients where there was a definite emotional trigger. Of these, 20 (4%) had TTS that had been precipitated by happy and joyful events, such as a birthday party, wedding, surprise farewell celebration, a favourite rugby team winning a game, or the birth of a grandchild; 465 (96%) had occurred after sad and stressful events, such as death of a spouse, child or parent, attending a funeral, an accident, worry about illness, or relationship problems; one occurred after an obese patient got stuck in the bath.

Dr Ghadri said the new findings should lead to a paradigm shift in clinical practice. “We have shown that the triggers for TTS can be more varied than previously thought. A TTS patient is no longer the classic “broken hearted” patient, and the disease can be preceded by positive emotions too. Clinicians should be aware of this and also consider that patients who arrive in the emergency department with signs of heart attacks, such as chest pain and breathlessness, but after a happy event or emotion, could be suffering from TTS just as much as a similar patient presenting after a negative emotional event. Our findings broaden the clinical spectrum of TTS. They also suggest that happy and sad life events may share similar emotional pathways that can ultimately cause TTS.”

The researchers found that “happy heart” patients were more likely to have hearts that had ballooned in the mid-ventricle than “broken heart” patients (35% versus 16%). Although this is a new and interesting finding, the small number of patients in this group means that more research needs to be conducted in order to discover whether or not it sheds any light on the mechanisms involved in TTS.

Dr Templin said further research was needed to understand the exact mechanisms underlying both the “broken” and “happy” heart variants of TTS. “We believe that TTS is a classic example of an intertwined feedback mechanism, involving the psychological and/or physical stimuli, the brain and the cardiovascular system. Perhaps both happy and sad life events, while inherently distinct, share final common pathways in the central nervous system output, which ultimately lead to TCS.”

The researchers are working to understand further the relationship between the heart and the brain; they are using functional MRI to look at the workings of parts of the brain known to be involved in the processing of emotions, reactions, behaviour, decision-making and memory, such as the amygdala and the prefrontal cortex.

The study done by University Hospital Zurich in Switzerland.