The adolescent years can be full of changes, whether physical, emotional, or familial. A new study by Iowa State University researchers suggests that when these years include prolonged periods of food insecurity coupled with harsh parenting practices, females are prone to obesity in early adulthood. 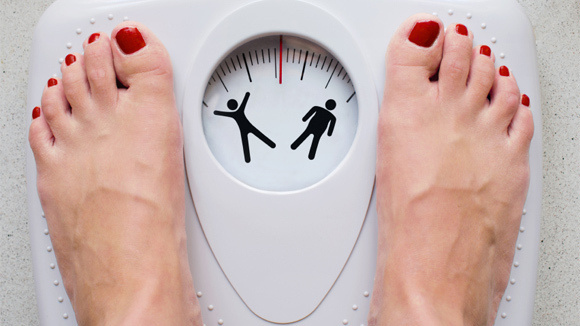 “When females who are normal weight in their early adolescence experience food insecurity, something is happening in their bodies,” said Brenda Lohman, a professor in human development and family studies and the study’s lead author. “This sets them on a path toward increased weight gain, so by the time they are 23, they are more likely to be overweight or obese.”

According to the study published in the July 2016 edition of the Journal of Adolescent Health, food deprivation when combined with other stressors such as harsh parenting, impacts a teen’s development. In the study, harsh parenting was defined as hostile or aversive physical contact; punishment in response to misbehavior; or angry, critical, or disapproving behavior.

Neppl along with Meghan Gillette, a lecturer in human development and family studies, co-authored the study with Lohman.

While the impact of hardships on a child is undisputed, the reason why differences appear between males and females remains a mystery.

Metabolic literature suggests that when a person is deprived of nutrients or proper food on top of experiencing stressors like harsh parenting, cortisol — which the body releases during stressful situations — may increase, and changes in the endocrine system, essential to hormone function, can lead to greater weight gain. Further work with biological researchers is needed to determine why different pathways are being set for males and females.

“In particular, for the females, there’s something between the stressful reaction of harsh parenting and not having the nutritional food,” Lohman said. “We can only hypothesize right now that there’s something going on metabolically in their bodies, that the stress hormones are increasing — which is then changing their metabolic rate, their behaviors, or both over time.”

As research continues within the field, Lohman stresses the need to expand current views of childhood wellness to incorporate the adolescent years. As part of this effort, she serves as the chair of the Family Policy Section of the National Council on Family Relations.

“Right now, within the policy field, a lot of the focus is on wellness and education during early childhood and the infant years,” she said. “The policies that are in place don’t focus on the developmental years surrounding puberty, like in early adolescence. So we really need, from a policy perspective, to develop that long-term.”

Lohman said she believes much of that development can come from a number of initiatives: providing educational classes in 21st century skills, partnering with doctors and pediatricians to share information with families regarding the impacts of harsh parenting and food insecurity, and launching public relations campaigns such as posting literature at food banks about harsh parenting’s psychological effects.

In addition, Lohman said that progress can be achieved by working with schools to provide healthy food for teens both in and outside of the school year, and growing teen’s access and availability to food stamp programming and food banks.

For example, at Iowa State, students run The Shop (Students Helping Our Peers), an on-campus food pantry housed in the Food Sciences Building. Similar programs could be developed in middle schools and high schools throughout the U.S.

While previous research within the field has explored the relationship between harsh parenting and food insecurity, the Iowa State study is more expansive, using prospective longitudinal data rather than merely a cross-sectional view.

Data for this research came from the Iowa Youth and Families Project, a longitudinal study of 451 adolescent youth and their family members beginning in 1989 in the rural Midwest. Adolescents were 13 years old at initial assessment and were studied in four waves, through age 16. Both mothers and fathers self-reported their food insecurity, while family interactions were observed through in-home experiences recorded on videotape.

These observed interactions, as well as the additional reports, set the Iowa State study apart from many others. And, no studies to date have been able to assess food insecurity and harsh parenting over several years or then link them to obesity 10 years later.