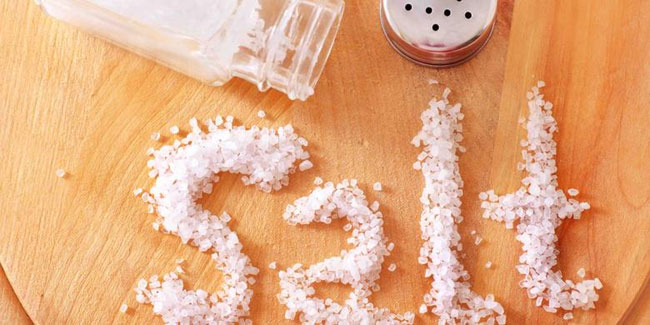 People with Type 2 diabetes who eat a diet high in salt face twice the risk of developing cardiovascular disease as those who consume less sodium, according to a new study published in the Endocrine Society’s Journal of Clinical Endocrinology & Metabolism.

Diabetes occurs when there is too much sugar in the bloodstream. People develop Type 2 diabetes when their bodies become resistant to the hormone insulin, which carries sugar from the blood to cells.

According to the U.S. Centers for Disease Control and Prevention, about 29.1 million Americans have some form of diabetes. This population is at risk for heart disease. Between 2003 and 2006, cardiovascular disease death rates were about 1.7 times higher among adults diagnosed with diabetes than those who were not, according to the CDC’s 2014 National Diabetes Statistics Report.

“The study’s findings provide clear scientific evidence supporting low-sodium diets to reduce the rate of heart disease among people with diabetes,” said the study’s first author, Chika Horikawa, RD, MSc, CDE, of the University of Niigata Prefecture in Niigata, Japan. “Although many guidelines recommend people with diabetes reduce their salt intake to lower the risk of complications, this study is among the first large longitudinal studies to demonstrate the benefits of a low-sodium diet in this population.”

The nationwide cohort study surveyed participants in the Japan Diabetes Complications Study who were between the ages of 40 and 70 and had been diagnosed with diabetes. Participants were identified at 59 outpatient centers and universities across Japan. In all, 1,588 people responded to a survey about their diets, including sodium intake. The researchers reviewed data on cardiovascular complications participants experienced over the course of eight years.

Researchers divided the participants into four groups based on their sodium intake. The analysis found people who ate an average of 5.9 grams of sodium daily had double the risk of developing cardiovascular disease than those who ate, on average, 2.8 grams of sodium daily. The effects of a high-sodium diet were exacerbated by poor blood sugar control.

“To reduce the risk of developing cardiovascular disease, it is important for people who have Type 2 diabetes to improve their blood sugar control as well as watch their diet,” Horikawa said. “Our findings demonstrate that restricting salt in the diet could help prevent dangerous complications from diabetes.”