Previous academic research has found that having greater control over your job can help you manage work-related stress. But it’s never suggested that it was a matter of life and death — until now. 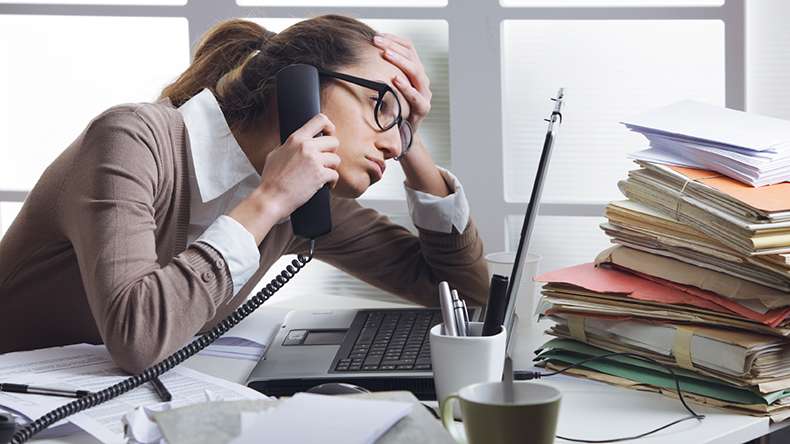 New research from the Indiana University Kelley School of Business finds that those in high-stress jobs with little control over their workflow die younger or are less healthy than those who have more flexibility and discretion in their jobs and are able to set their own goals as part of their employment.

“We explored job demands, or the amount of work, time pressure and concentration demands of a job, and job control, or the amount of discretion one has over making decisions at work, as joint predictors of death,” said Erik Gonzalez-Mulé, assistant professor of organizational behavior and human resources at the Kelley School and the paper’s lead author.

The paper, “Worked to Death: The Relationships of Job Demands and Job Control With Mortality,” has been accepted for publication in the journal Personnel Psychology. His co-author is Bethany Cockburn, a Ph.D. candidate at the University of Iowa’s Tippie College of Business.

Studies exploring the work factors associated with death are largely absent from the organizational psychology and management literatures. The authors believe theirs is the first study in the management and applied psychology fields to examine the relationship between job characteristics and mortality.

Gonzalez-Mulé said the paper’s results do not suggest that employers necessarily need to cut back on what is expected from employees. Rather, they demonstrate the value in restructuring some jobs to provide employees with more say about how the work gets done.

“You can avoid the negative health consequences if you allow them to set their own goals, set their own schedules, prioritize their decision-making and the like,” he said, also recommending that firms allow “employees to have a voice in the goal-setting process, so when you’re telling someone what they’re going to do … it’s more of a two-way conversation.”

“When you don’t have the necessary resources to deal with a demanding job, you do this other stuff,” Gonzalez-Mulé said. “You might eat more, you might smoke, you might engage in some of these things to cope with it.”

“What we found is that those people that are in entry-level service jobs and construction jobs have pretty high death rates, more so than people in professional jobs and office positions,” he said. “Interestingly, we found a really low rate of death among agricultural workers.”

Gonzalez-Mulé said the new study highlights the benefits of job crafting, a relatively new process that enables employees to mold and redesign their job to make it more meaningful. Other research suggests that workers who engage in job crafting are happier and are more productive than co-workers who don’t.

“In some settings, it will be difficult to do this. For a construction worker, it’s going to really hard to allow them autonomy; there’s usually just one right way to do things. In jobs like that, it’s more about just warning the employee of the risks that are here,” he said. “But with some blue-collar jobs, you can. Some people have experimented with this in factory settings, using things like flex-time and paying people based on piece-rate … showing employees what the outcome is of their work.

“There’s a lot research that shows that people who have a social connection with the beneficiaries of their work are much more satisfied and have less stress in their jobs, with no change in the job itself.”

Their study also found that people with a higher degree of control over their work tend to find stress to be useful.

“Stressful jobs cause you to find ways to problem-solve and work through ways to get the work done. Having higher control gives you the resources you need to do that,” Gonzalez-Mulé said. “A stressful job then, instead of being something debilitating, can be something that’s energizing. You’re able to set your own goals, you’re able to prioritize work. You can go about deciding how you’re going to get it done. That stress then becomes something you enjoy.”