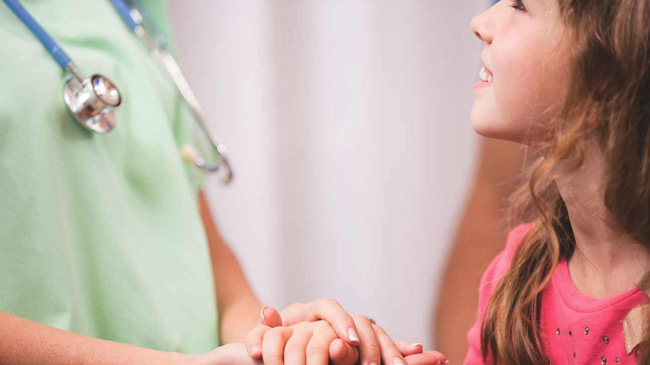 Breast density has been shown to be a strong risk factor for breast cancer in many studies, explained Jung.

Breast tissue is most sensitive to exposures during adolescence, when breasts develop and undergo structural changes, she added, so we set out to investigate whether fat intake during adolescence was associated with breast density in early adulthood.

Jung, Dorgan, and colleagues analyzed data from the Dietary Intervention Study in Children (DISC). DISC was a randomized clinical trial initiated in 1988 enrolling 663 children ages 8 to10 years, including 301 girls, that assessed diet on multiple occasions during adolescence. The DISC06 Follow-Up Study, conducted when participants were 25 to29 years old, measured breast density by magnetic resonance imaging in 177 female DISC participants.

“The 5 to 6 percentage point difference in percent DBV is relatively modest, compared to the overall distribution of percent DBV observed in our study participants [the 25th percentile and 75th percentile: 9.7 percent to 41.2 percent],” said Jung. “There is no clinical cut-point to define high versus low percent DBV to indicate women at increased risk of breast cancer. However, because there is a gradient of increasing breast cancer risk with increasing breast density, the differences in percent DBV we observed across extreme quartiles in our study, if confirmed, could potentially be of interest with regards to later breast cancer risk.

“Overall, our results suggest possible long-term effects of fat intake during adolescence on young adult breast composition,” Jung continued. “If confirmed, the take-home message from our results is that diet consumed in early life is important and may confer chronic disease risk or protective benefits later in life. In particular, the timing of dietary exposures might be important and appropriate dietary modifications during adolescence may potentially contribute to lowering breast density and consequently breast cancer risk as well as preventing obesity, diabetes, and cardiovascular disease.”

“Our results are particularly interesting because diet during adolescence is modifiable, whereas most of the well-known risk factors for breast cancer, such as age at menarche and number and timing of pregnancies, offer little chance for intervention,” added Dorgan. “Adult alcohol consumption is the only adult dietary factor consistently associated with breast cancer risk.”

According to Jung, one of the main limitations of the study is that the researchers were unable to rule out whether the significant associations observed for fat consumption during adolescence were attributable to other components in foods that are good sources of different types of fat. They also could not evaluate whether the results are independent of other possible unknown factors associated with breast density. Finally, the study was based on a relatively small number of participants, most of whom were Caucasian. Jung added that a future large prospective study of a racially and ethnically diverse population is needed to replicate the findings.