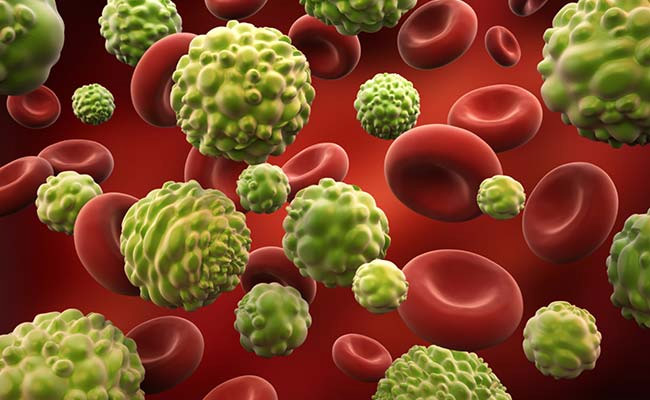 A new drug that harnesses the immune system to attack tumors is highly effective against advanced bladder cancer, according to the results of an international clinical trial to be presented June 5 at the annual meeting of the American Society for Clinical Oncology (ASCO).

As part of the latest study findings to be presented at the Chicago meeting, injections of the experimental agent atezolizumab were found to shrink tumors by at least 30 percent and stall new tumor growth in 28 of 119 (or 24 percent of) patients. All had received the medication as their initial therapy for the disease. Part of a new class of drugs known as checkpoint inhibitors, atezolizumab, also known by its brand name, Tecentriq, was last month approved by the Food and Drug Administration based on recent research from a related clinical trial presented in 2015.

“Our new study results argue that atezolizumab represents a major advance in the treatment of bladder cancer,” says lead study investigator and medical oncologist Arjun Balar, MD, an assistant professor at NYU Langone Medical Center and a member of its Laura and Isaac Perlmutter Cancer Center.

“Atezolizumab is the first therapy to be approved in more three decades for this disease, and it is the new standard of care for patients whose initial therapy with platinum-based chemotherapy drugs has failed,” says Balar. “Indeed, it may be the only therapy some patients need.”

The current “first-line” standard of care in bladder cancer, Balar says, is cisplatin, a drug that kills tumor cells by preventing them from repairing damage to their DNA. In widespread use since the 1970s, cisplatin extends survival to slightly more than a year, but nearly half of bladder cancer patients, most of whom are elderly with other serious health issues, cannot take it because of its toxic side effects on nerve and kidney function, as well as hearing. Moreover, many patients’ cancers develop drug resistance to cisplatin and similar chemotherapy medications over time.

Balar says atezolizumab was well tolerated by all patients in the current study, which was conducted in medical centers across the United States, Canada, and Europe. Patients reported relatively mild instances of fatigue, itchy skin, and diarrhea, which represented far fewer and less-severe side effects than seen with cisplatin or its common alternative, carboplatin, Balar says.

In addition, half the patients who responded to the new therapy did so within 15 weeks, with almost all (21 out of 28) remaining on therapy without any detectable signs of cancer growth (at a dose of 1,200 milligrams every three weeks). As part of the study, all 21 patients still in cancer remission continue to be monitored, with some having continued to receive atezolizumab since the study started in May 2014.

Patients who responded to therapy saw their tumors shrink or disappear altogether as part of a sustained immune response, with the shrinkages confirmed by radiological scans.

Balar says checkpoint inhibitors — some already approved to treat other forms of cancer — are designed to “retrain the immune system” to attack tumor cells by blocking the action of proteins believed to help cancer cells evade recognition by the immune system. While the drug’s precise mechanism of action is subject to further research by the team, the scientists say the new medication primarily blocks the interaction of the protein PD-L1, or programmed death ligand-1, with its programmed death receptor partner and checkpoint, PD-1. This “lock and key” connection, Balar says, is critical to the detection of tumor cells by immune system T cells.

An estimated 76,000 Americans will be diagnosed with bladder cancer in 2016. Less than 15 percent survive past five years if the disease is diagnosed in its advanced stages. Men are about three to four times more likely to get bladder cancer during their lifetime than women.